Where to find the best street art in Melbourne

I have a bit of a thing about photographing really good public art and I’m sure a lot of people feel the same way.  The colours and the textures of the walls just makes for really interesting photos.  There was some awesome stuff when I visited Norway earlier this year but Melbourne is definitely the place to be when it comes to street art.  It’s actively encouraged here and kids are even educated about graffiti in schools. 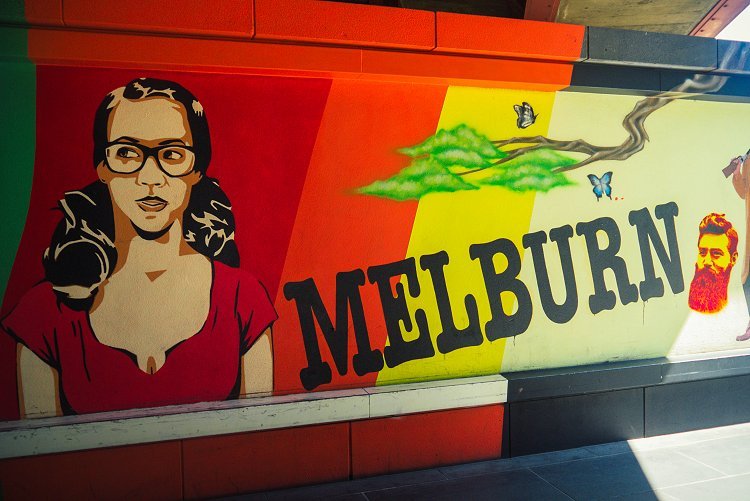 But this definitely isn’t graffiti.  For starters graffiti is a term used to define when something is done to someone else’s property without permission.  This is all done with the permission of the City of Melbourne whose only condition is “do art not tags” – it’s street art.

Say what you want about it and whether you love it or hate it you can’t deny the talent of some of the artists.

I went first of all to the biggest tourist draw of them all, Hosier (and Rutledge) Lane.  This is just off Flinders Street and I actually stumbled across it by accident.  Of course you can’t walk past and miss it because it’s so vibrant but also there are usually at least 5 other people hovering around taking photographs. 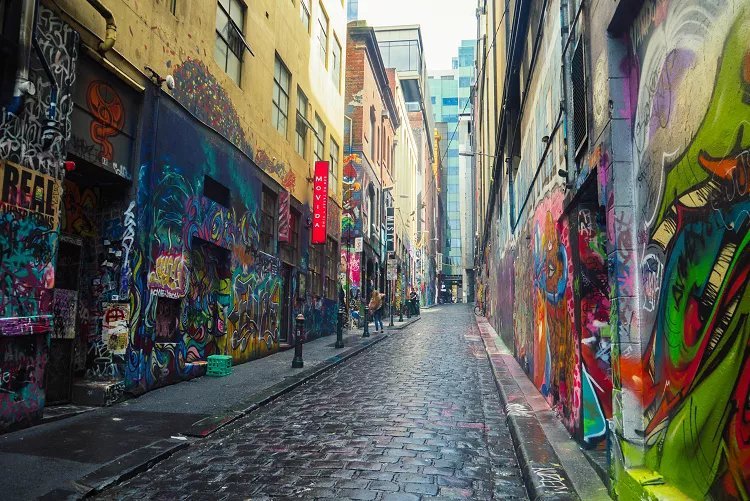 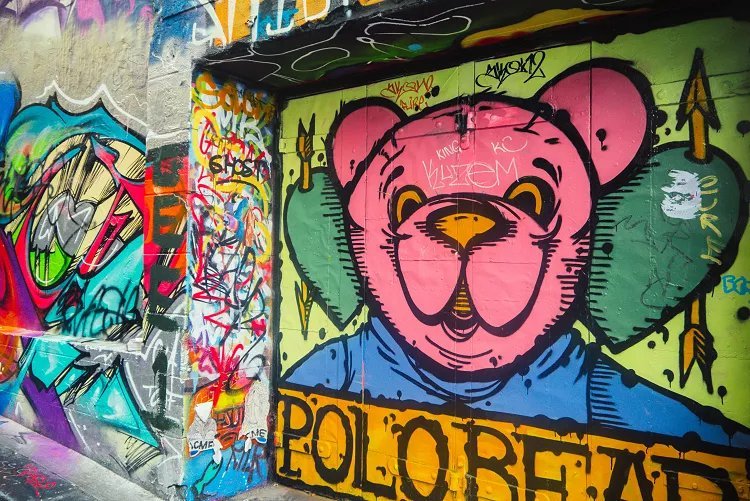 This was Hosier Lane in probably the second week of November.  I’ve seen other photos of artwork on the internet that no longer seems to be there so I guess that it changes all of the time with new artists coming in and painting over the old stuff.  That in and of itself makes it all the more interesting and gives people a good reason to come back periodically and see what’s new. 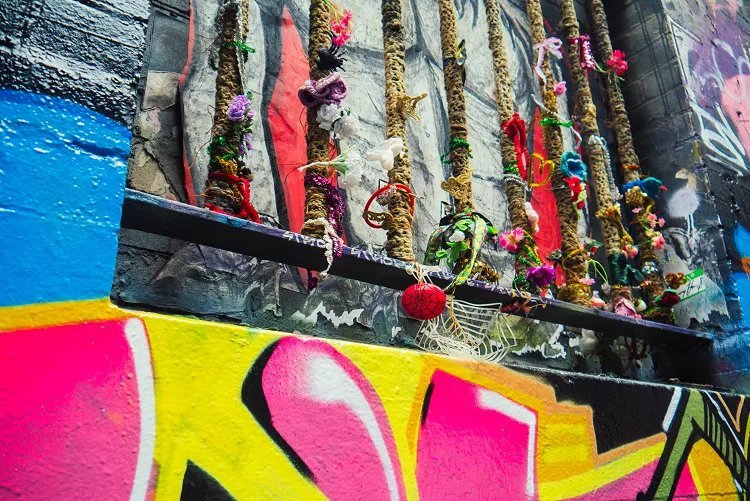 Union Lane is another one of the designated street art areas where these two specifically caught my eye. The overall impression of Union Lane is less impressive than Hosier and the quality of the art in general seems to be not as good, although as you can see from above there are still some gems to be found. 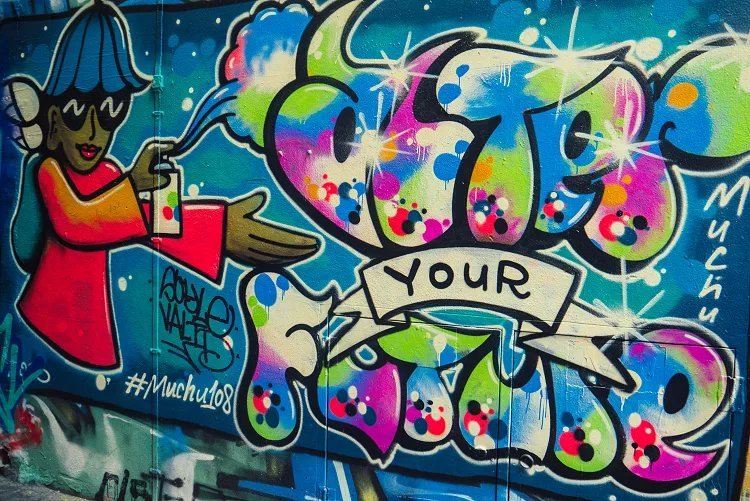 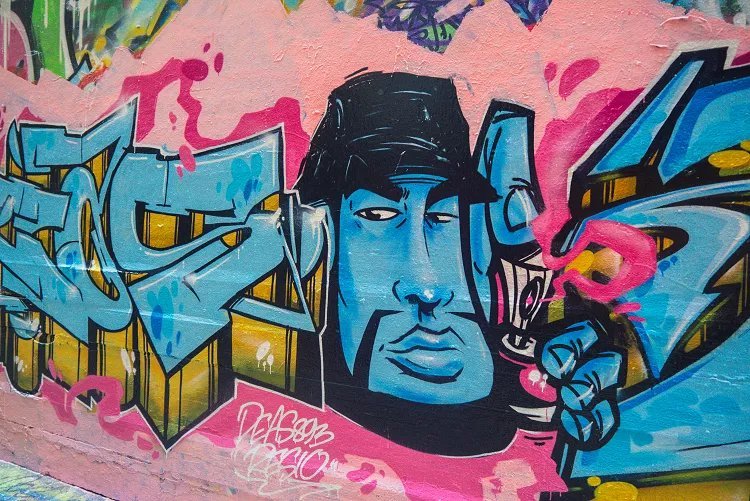 Lastly I visited AC/DC Lane which runs right round into Duckworth Place – it’s essentially a ring road off the main street.  This struck me immediately as being much less colourful than the other two areas.  Perhaps it’s something to do with it’s rock n’ roll reputation that the artists seem to have gone for more muted tones with a focus on the intricate details. 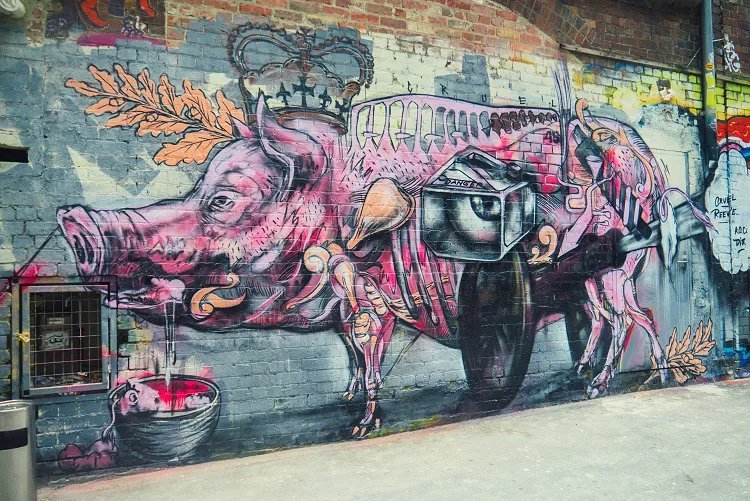 Personally I love Melbourne’s street art scene and this isn’t even all of it.  There are several more laneways I’m yet to come across on my wanders around the city.  I’ll keep on keeping my eyes peeled.

These are just the ones I’ve come across but there are many more especially in the inner suburbs. 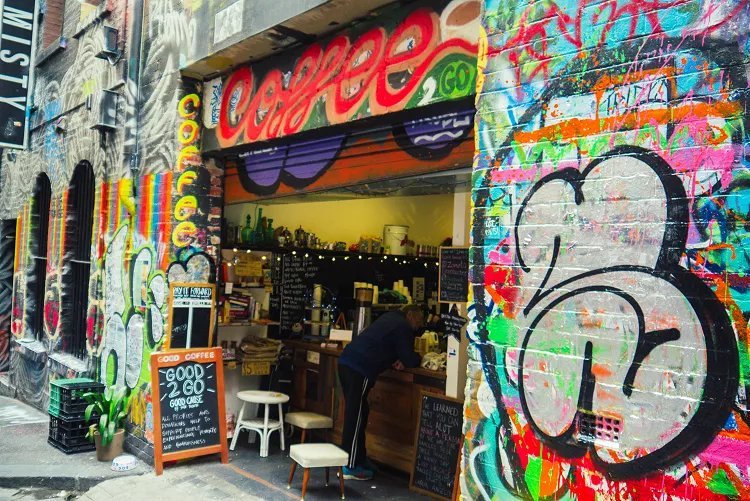 I haven’t got around to doing this yet but if you’re interested in finding out more it might be worth checking out Melbourne Street Tours.  They are run by the street artists and cost from $69.00 for a 3 hour tour – looks pretty neat! 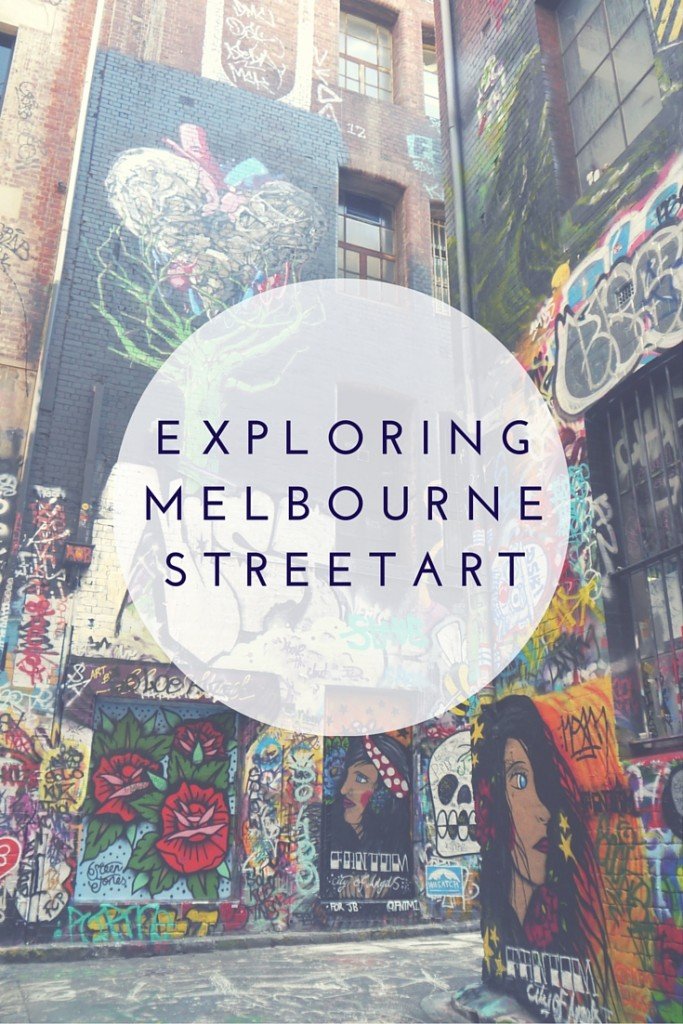 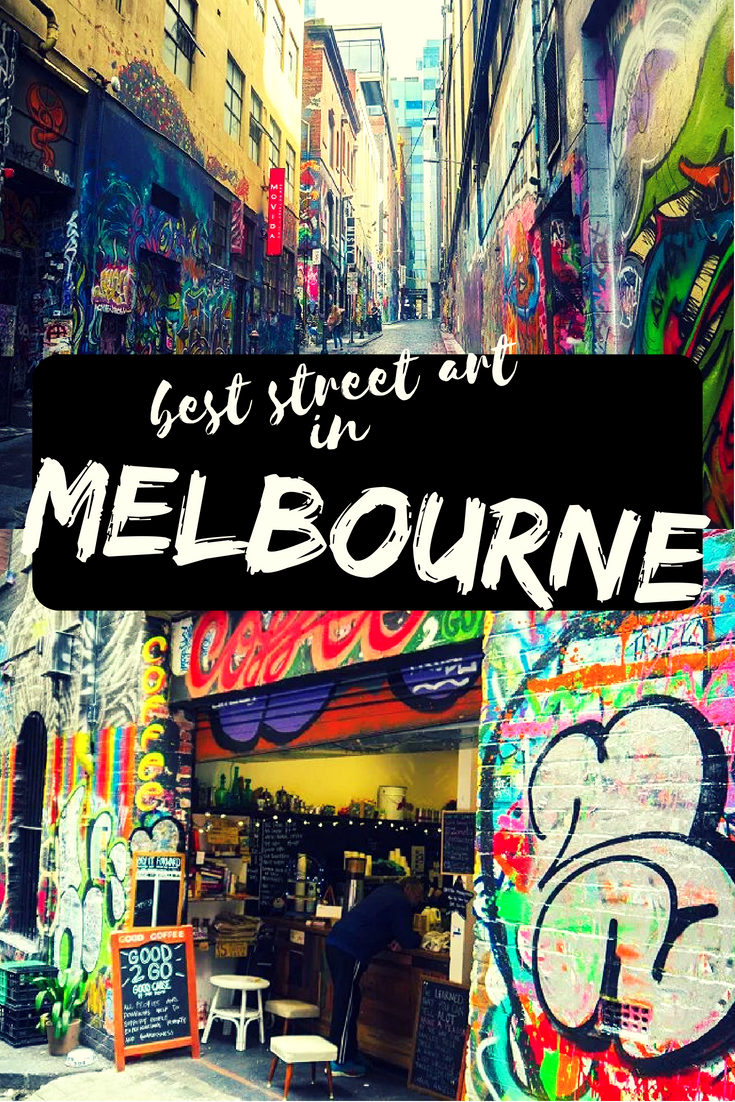 I too have a thing for photographing street art. Am loving that pig!

Thanks! I actually have some street art pics in my San Francisco post! I’ll be following where you head to next as I’m digging your style 🙂