What it’s like to live sustainably on a Australian Farm

Just in case you think I’ve lost it WWOOF stands for Willing Workers on Organic Farms (and we now use it obnoxiously as a verb too).  It’s a scheme that you sign up to and in return you receive either a huge book full of farm listings in all of the states or, if you’re sensible you can just download an app for your phone.  Of course I ended up with the book, which I’ve carried around with me for the past 6 months and ended up not even using as I actually found this farm through the online forum, where farmers usually advertise if they need someone more urgently.

I’ve got to be honest here the book was not a complete waste of time.  It provided us with a ton of amusement in those early days in Sydney when we were perusing the listings and came across all kinds of interesting adverts, ranging from nudists (“but do not feel obliged to join us”) to the people looking for someone to purely shovel sheep poo for them for a minimum of 6 months – I bet they’re inundated with offers!

On Monday afternoon I hopped on a train to Ballarat, transferring to a bus that took me out to Blampied where there is… a pub.  That’s all there is: a pub and a bus stop.  Luckily I wasn’t alone, as there was an English couple (also with huge backpacks) getting off at the same stop.  We quickly realised we were going to the same place – there’s absolutely no other reason you’d be going to Blampied with no means of transport back.  From the bus stop we were picked up by the farmer as it’s about a 30 minute walk even from there and pretty impossible with a 20kg backpack in the 30 degree heat (as I write this that’s a distant memory and it’s now hovering around 12!)

Our rooms are in a separate building to the main house, at the front of the farm.  It’s the original cottage and then the main house was built by the farmer’s brother.  We get to share it with some lovely squatters too!  So far we’ve had 4 huntsman and a praying mantis.  I’m glad to report none of these have been in my room but just when I thought I’d been the lucky one I found a small eight-legged friend crawling next to my bed just before sleep the other day.  The small ones are the ones to watch out for and I had no idea what it was and also nothing to catch it with.  Rather than let it potentially send me to the hospital I had to whack it really hard with something and then feel inevitably pretty bad about it.  I’ll just tell myself it was a white tail to soothe my conscience.  I also shared my shower with a millipede, which was a tad too intimate for me, and there’s one slithering down the wall next to my bed as I type this.  Maybe it’s the same one and it likes me but I wish it’d play harder to get. 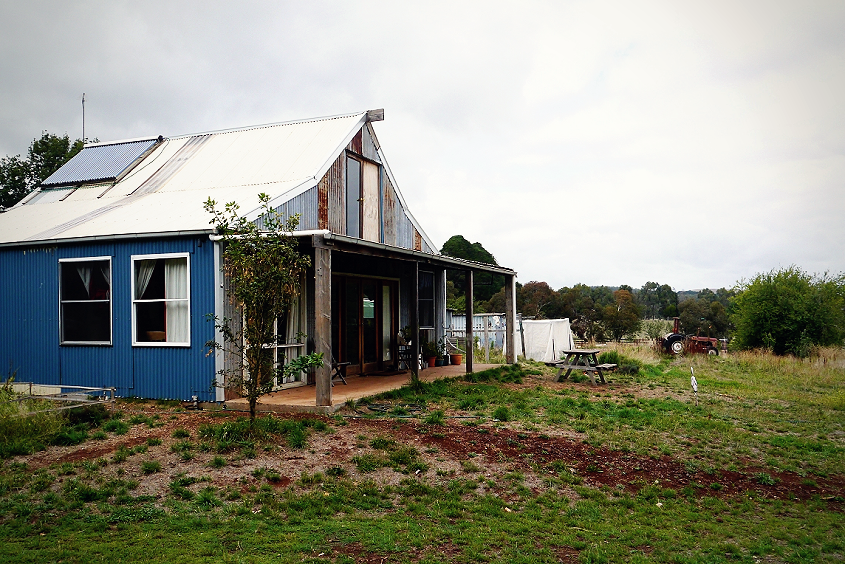 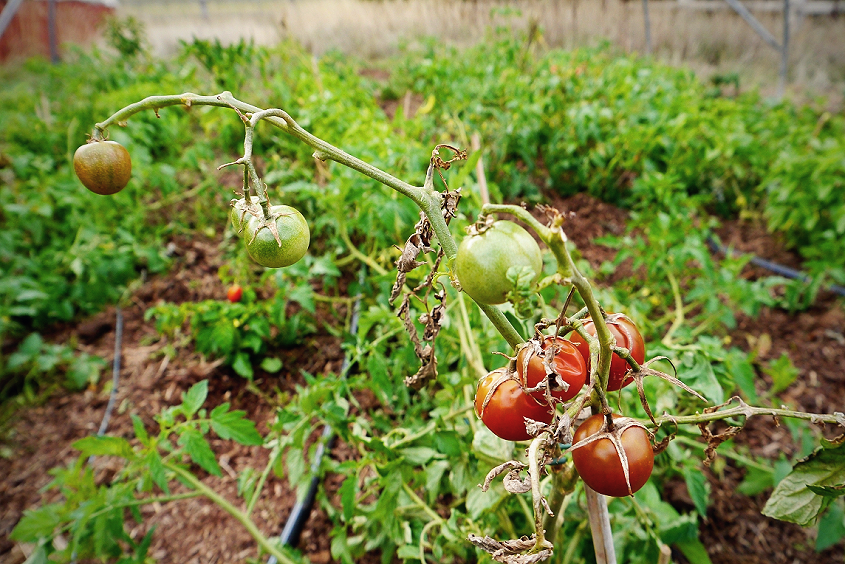 It’s already been almost a week since I arrived but time goes very fast when your days are full.  In the morning we’ve been getting up around 7 or 8 and feeding milk to the two calves – Angus and Julia.  They get that again in the evenings and then we also feed the chickens.  There are three lots of chickens on the farm at the moment and the youngest ones are not contained so you’ll see them roaming around casually throughout the day.  Today they were pecking at the door when we were baking trying to get in and it’s usually pretty amusing.  In the evening though it means we need to catch them and put them into their house so they’re protected from the foxes which, if they don’t fancy going to bed, can be a struggle.  The first night we ended up chasing them in the manner of sheepdogs and it proved really hard.  Basically if a chicken doesn’t want to be caught it can run pretty fast and if it flaps you’ve got no chance.  After a few goes we realised that if you leave it until the moment it gets dark they usually all congregate on top of their house and then they don’t struggle so much to go away.  We guess they’re probably too scared of the foxes to want to stay out all night.  Last night they really impressed us by actually going into their house on their own (but only because it was bucketing it down!)

There are two markets that we do in the week – one on Wednesday and Melbourne Uni and another on Sunday in Daylesford – and so there’s a lot of baking that needs to be done on the days prior to those.  Portuguese custard tarts and rhubarb, white chocolate and almond friands are what we’re currently selling at both and then we also do pulled pork rolls on the Wednesday market, which are the big sellers, especially at lunch time.  This Wednesday was my turn to go to help out at the market and there was a crazy rush between about 11 and 2 with students getting lunch- the pork is hugely popular and we sold out in a few hours!

Tarts and friands are made with the eggs produced on the farm.  The chickens are machines and we sometimes collect a dozen eggs a day!  Each egg can produced $15 worth of goods, which really surprised me, and as the yolks are used for the tarts and the whites for the friands it’s really economical.  The pork comes from next door’s pig farm.  There were two pigs on this farm which were slaughtered last year and so we actually have HUGE amounts of pork sitting in the freezer but it can’t be used because the pigs have to be killed under certain conditions for the health regulations to allow it to be sold. 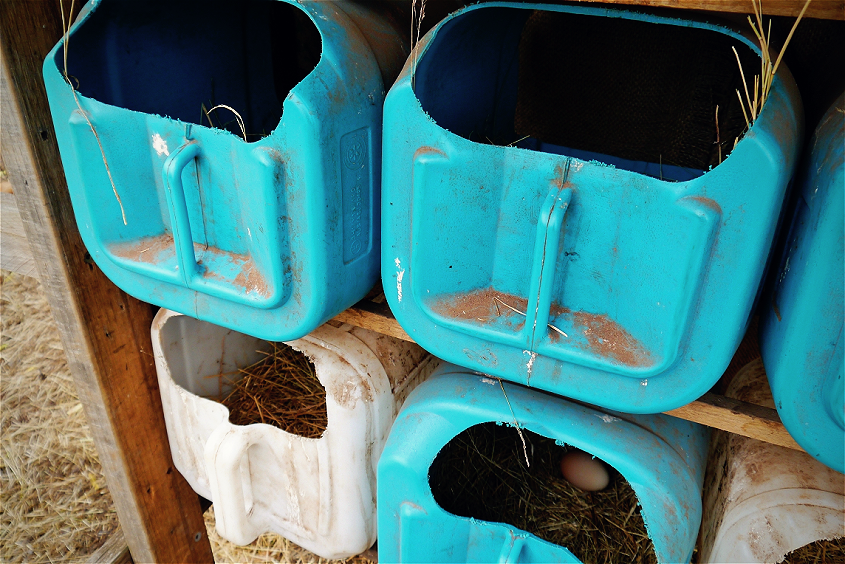 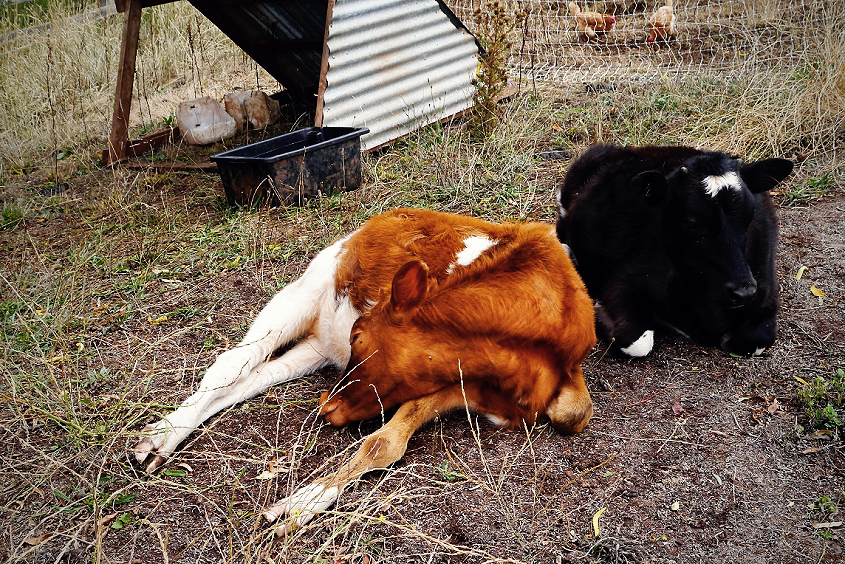 Saturday this week I helped out with the baking of the tarts for Sunday’s market.  I was put on puff pastry duty and it was a mammoth operation. We made double the number of tarts that we’d made for Wednesday’s market and I would estimate we went through 6 packets of puff pastry, resulting in well over 100 tarts.  I solidly rolled and cut pastry for three hours but it was pretty good fun even though I did end up with probably more flour on the floor than on the bench.

That’s pretty much how my days are being taken up at the moment.  In between these tasks we’re currently filling our time with A LOT of cooking from ingredients grown on the farm (we’ve invented a whole new bunch of recipes based on mushrooms after being given a whole box to use up) and some epic ping-pong matches and card tournaments that have taken competitiveness to a whole new level.

Turns out that although sustainable living is tough it can also be pretty fun. 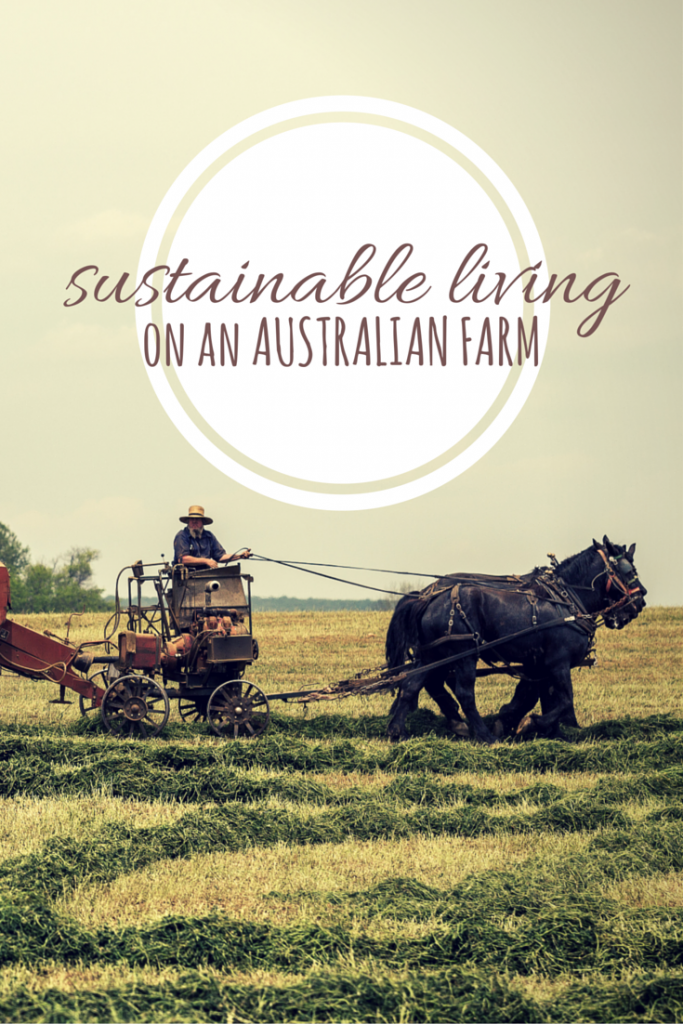 How to enjoy Mornington Peninsula in the rain

Hi there – dropping by from #ExpatTuesday – I’m from Melbourne and living in London at the moment. I had no idea you could have that kind of experience near Ballarat! Laughed out loud at the names of the calves – Angus and Julia. I think Daylesford is incredibly pretty – hope you like it too.

Hi Katy,
That’s cool, so you’re doing the opposite to me essentially? I *think* they’re named after Angus & Julia Stone but also Angus = beef :/

Daylesford is lovely from what I’ve seen although only driven through it at the moment. We have a market there on Sunday though so hopefully I’ll get to see some more of it then.

Thanks for dropping by!

It sounds like such a great time. I can imagine all the stories you’ll have to share at the end of your stay. What a great opportunity! Also, your photos are stunning!

Thanks so much Christie! It’s certainly eventful and unlike anything else I’ve ever done! I’m really glad I’ve had the experience.

I’m not sure I would’ve been able to live like this full time, but I would definitely like to experience it! Thank you for sharing! #ExpatTuesday

Me neither – I’m definitely not cut out for full-time farm life, it’s a little too quiet! However there are a couple of things I’ll definitely take away from this – I’d be keen to try to grow more food (the climate is a little less favourable in the UK). Plus if I ever had enough room I’d definitely keep chickens as they’re so easy to look after and produce so many eggs. They give you a real return on your investment. I also quite fancy having a market stall on occasion!

I wonder what the neighbours would say if I get a couple of hens in my garden.. 🙂

Haha! I’ve been wondering the same.