5 spots to capture an iconic photo of Melbourne

Picture Melbourne for a moment… It’s a city full of unique laneways, diverse food and an abundance of culture but specific places might not spring to mind as they would if you were asked to picture Sydney (Opera House, Harbour Bridge etc.).  However Melbourne has an array of different buildings and locations that when you stop to consider it are immediately recognisable.

Here are 5 top must-visit places to get your photos of Melbourne icons.

Hipsters? Check. Coffee? Check. Street art? Check.  Degraves Street and Centre Place have everything Melbourne is most famous for, which makes them the perfect place to capture the city’s vibe in visual form.  Then you can visit the delicious creperie – bonus! 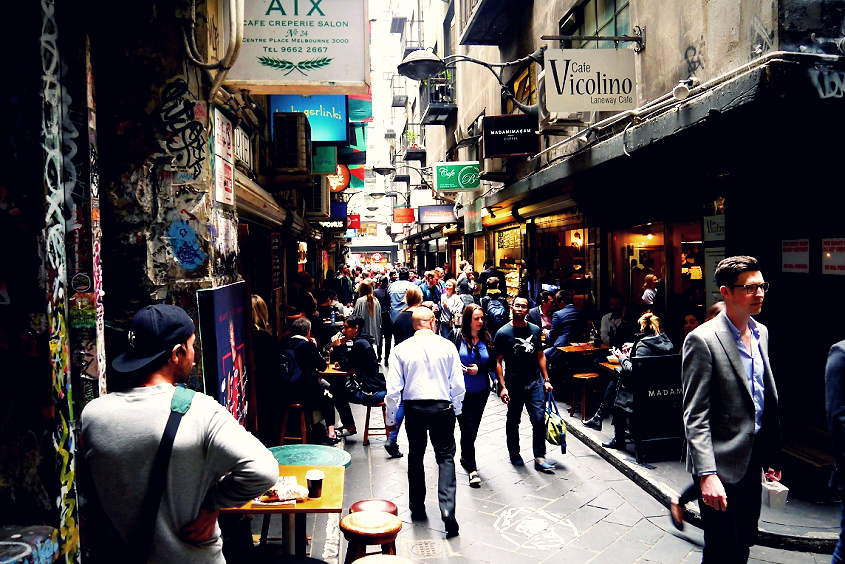 Just a hop, skip and a jump from Flinders Street Station, near the arts centre and botanical gardens, is the iconic Shrine of Remembrance.  Melbourne’s own little piece of Greece, the style was heavily influenced by the Parthenon in Athens and designed with an aperture in the roof to allow a beam of light to shine over the engraved marble tribute at exactly 11am every Anzac day.  Not only are there many elements of the building that make a great photo but you can get one of the best shots of the city from the steps outside. 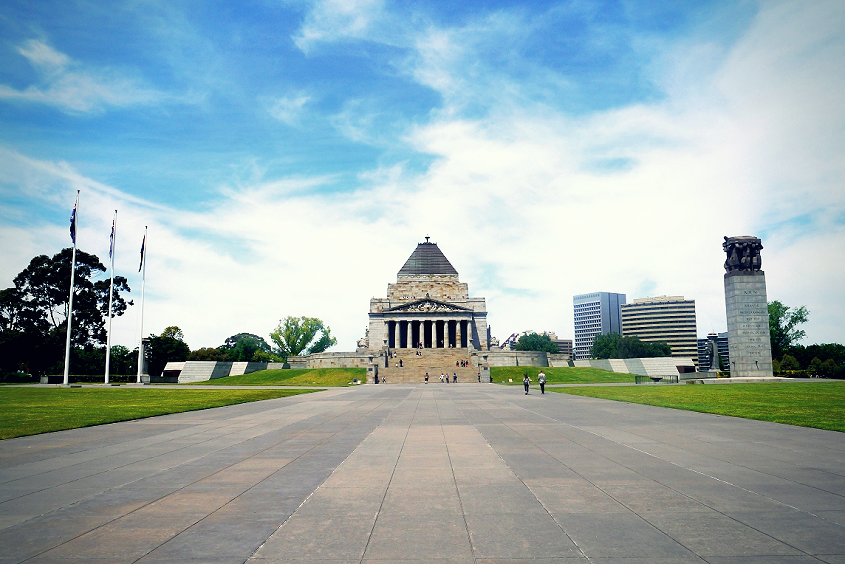 Somewhere along the beach just south of Melbourne CBD you’ll find 82 uniform timber Victorian bathing boxes.  As one of Melbourne’s most popular photography locations the biggest challenge is to get a shot of them without obstructing someone else’s amateur photoshoot.

Why are they so popular?  Maybe it’s the history but more likely it’s that they just look pretty.  Each box is decorated uniquely at the owner’s discretion and when viewed all together against the backdrop of the Melbourne skyline they make for a perfect photo. 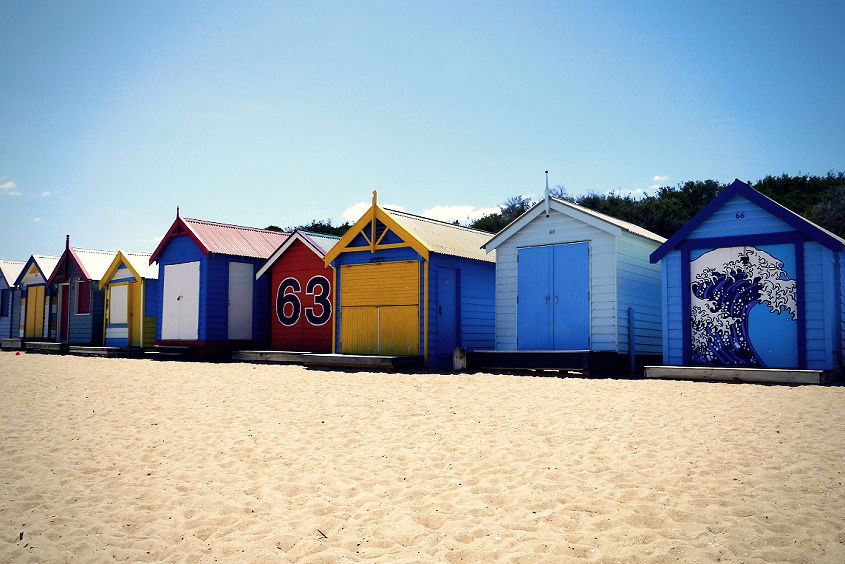 Melbourne is the city of street art and no trip is considered complete without a wander in Hosier Lane.  Hosier is arguably the most famous and extensive of all of the public laneways licensed for art by the Victorian council and its frequently changing artwork makes it a spot frequented by photography enthusiasts.  There’s an added thrill of knowing if you snap some artwork here you’ll be one of only a certain number of people to capture it before it’s gone 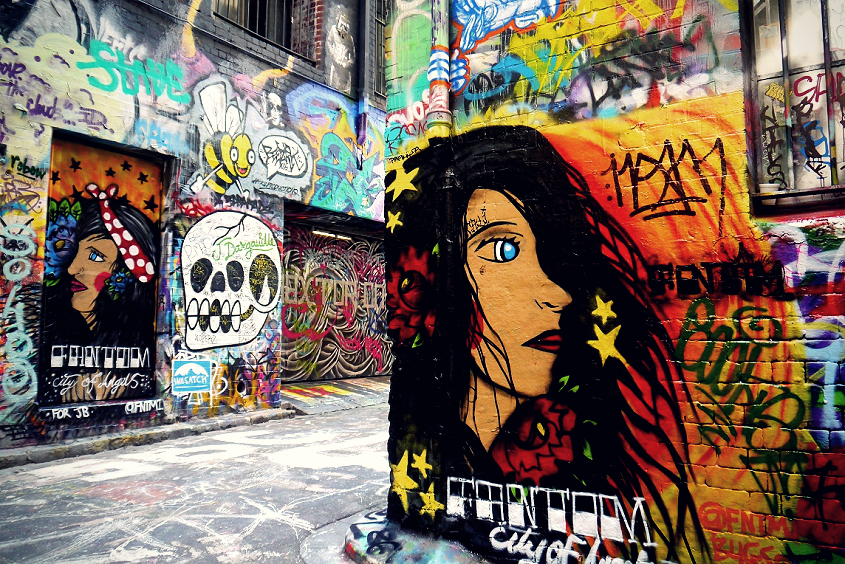 With its yellow-orange building and green domed roof Flinders Street Station is the ultimate Melbourne icon.  Much-photographed and much-loved, it’s not just Melbourne’s busiest train station and commuter hub but also acts as a popular rendezvous point.  If a Melburnian offers to “meet you under the clocks” this is where they mean.  Now listed on the Victorian Heritage Register you haven’t captured Melbourne unless you’ve got at least one photo of Flinders. 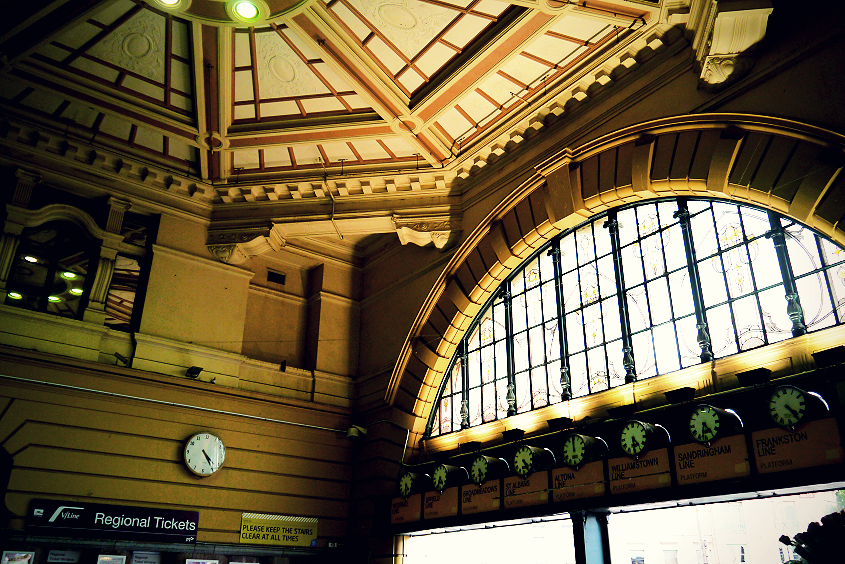 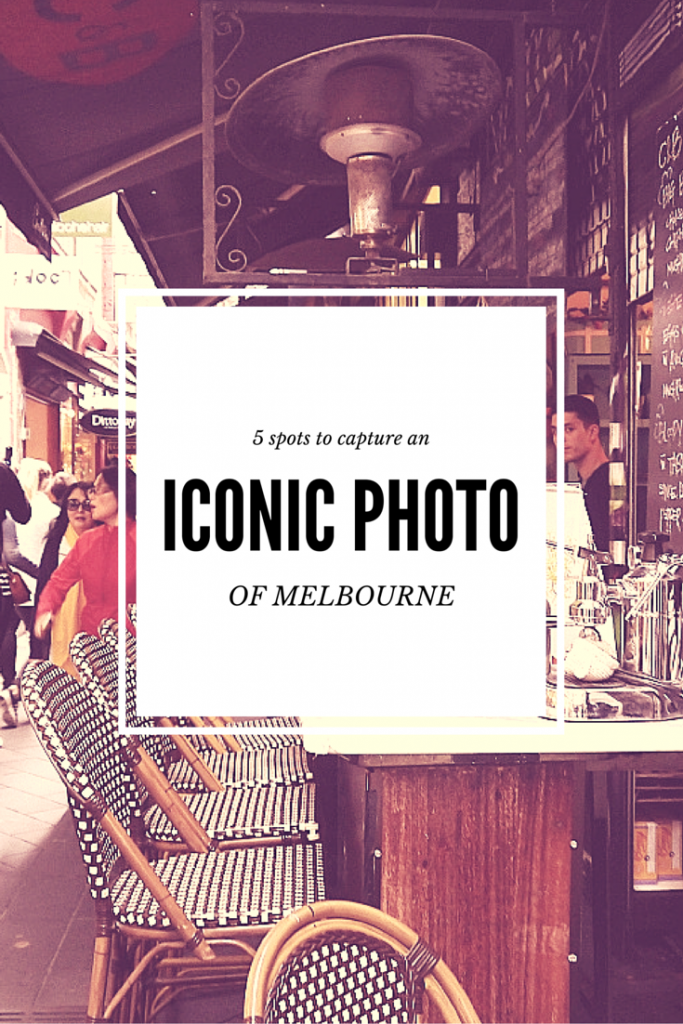 Nice! I love a bit of street art.