Who’d have thought I’d be facing my fears on a walk in the Adelaide Hills?  I wouldn’t have predicted it but that was exactly what happened on a seemingly casual stroll through this beautiful spot in South Australia.

While there’s plenty to see and do in the city of Adelaide it’d really have been rude for me to visit and not check out at least one of the walks in the surrounding Adelaide Hills.  I opted first for Belair National Park as it seemed like the easiest to get to by public transport.  My assumptions were more correct than I imagined.  A hop on the train at Adelaide station right to the end of the line takes you to Belair.  Step off the train and you are literally at the entrance to the National Park.  Thee’s ever a big arched sign if you really need it.

As with most national parks there are a bunch of different walks you can take that vary in length.  I decided to do the Waterfall Track, which was the second longest loop and also sounded like there was something to see along the way (namely the waterfall, which I never did find but I think that might’ve been because it had run dry).

After deciding on my route using the map placed helpfully at the start of the park I set off and promptly came across a frantic looking man with family in tow looking for the railway station.  I pointed him in the right direction and wandered on then soon realised why he had been so lost.  The process of getting from the sign that says “The National Park” to the start of any of the tracks isn’t exactly sign posted and I was under the impression that I was already on the tracks!  In hindsight it is likely that I was overthinking it and that to get from the entrance to the start of the trails you can take either of the pathways available and pretty much come out at the same starting point. 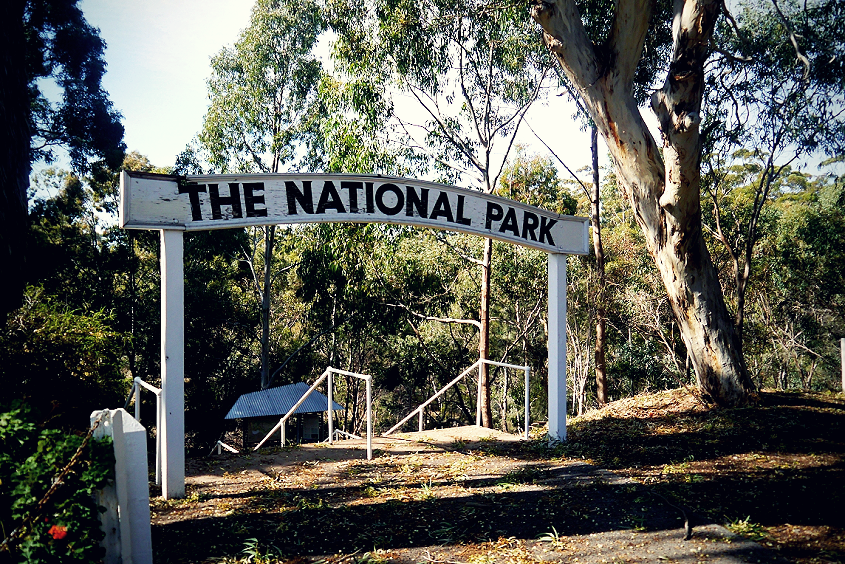 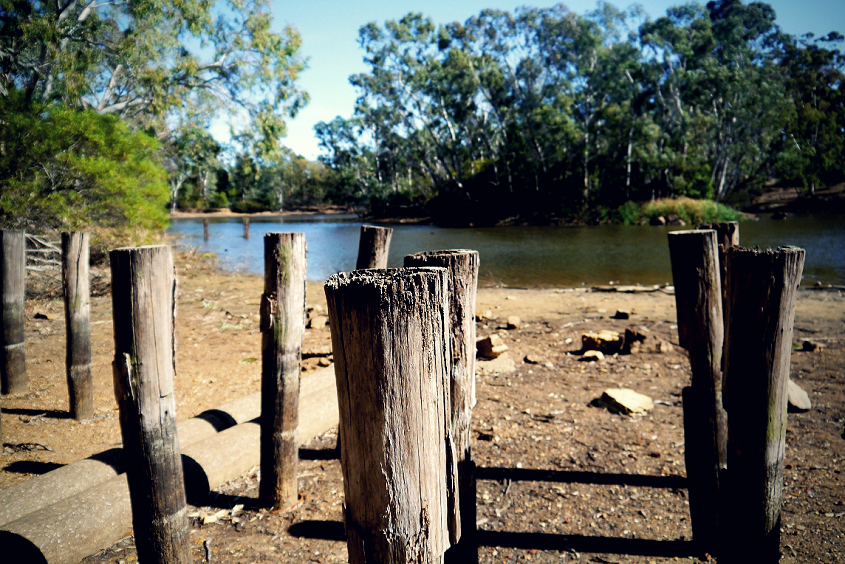 After getting lost before I had started I knew I didn’t want to make the same mistake half way through the park and with no signposts to guide me so I made sure to snap a photo of the map with the trails on my phone to refer to,  I would highly recommend this as although the tracks are marked at intervals with directional colour-coded arrows it is possible to miss them or misread them and having the map to refer to ensures you don’t end up taking a huge detour.

While I can’t speak for the other tracks some of the highlights you’ll come across on the Waterfalls Track include the top and the bottom of the waterfall (or where the waterfall should be?) which gives an epic view down into the valley and the Echo Tunnel.  I feel like people should be warned about the latter because I was definitely not prepared for what awaited me three quarters of the way down the track and at this point it was time to face my claustrophobia or turn around and go back the entire way!  In the end I had to bite the bullet but it was tough.

There’s no real way to go over the tunnel as it cuts off a huge hill that is covered with woodland (and that’s not apparent until you emerge from the other side).  It is also deceptively long so that by the time you are a few metres in it becomes impossible to see anything and you just have to feel your way through.  There is a ledge that runs throughout and so to avoid falling off you have to stay quite close to the right edge, but as it gets narrower this also means crouching closer and closer to the ground.  I did try to use my phone as a torch which did nothing and in the end I resulted to just walking (crawling) along with my hands feeling the wall above me head absolutely terrified of disturbing some kind of creature.  Honestly the Echo Tunnel was much more adrenalin-pumping than when I sky-dived, despite being exponentially less dangerous an activity.  Fear works in mysterious ways and apparently regardless of the peril as long as I’m out in the open I’m okay.

Luckily the Echo Tunnel is the last challenge of the track and from there on it’s an easy walk back to the entrance and the station provided you have enough sense of direction to remember the way that you came/  Apparently I don’t possess this skill and I did get lost again, emerging from my ordeal with a similar look to the man I’d met at the beginning of the walk.  At least I’m not the only one. 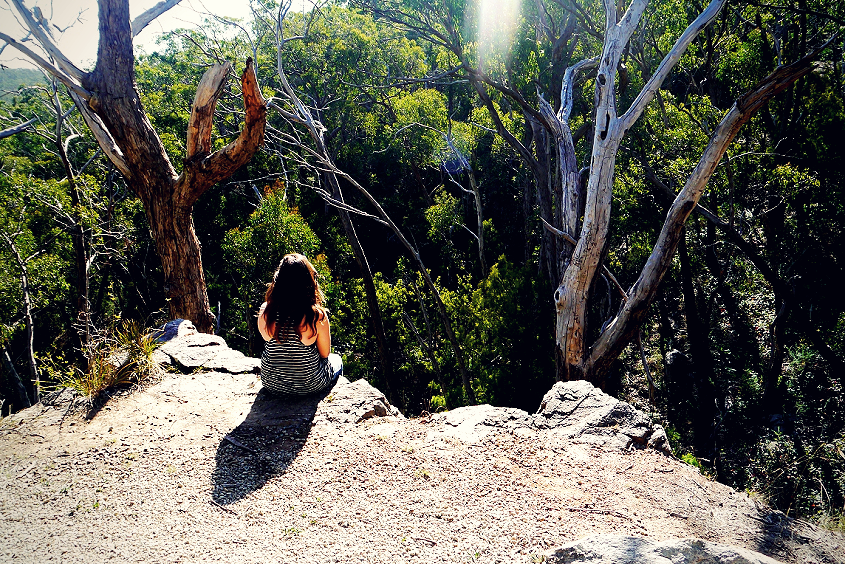 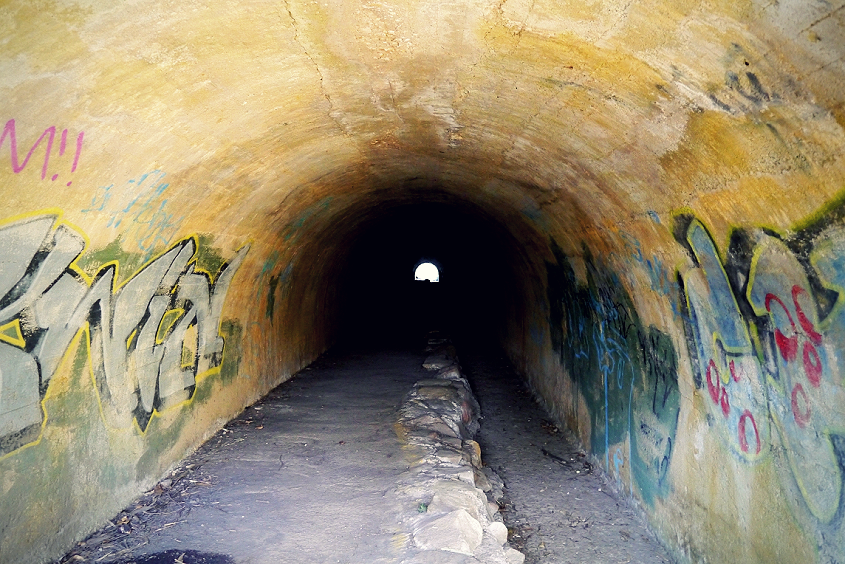 There are numerous opportunities for bushwalking just a short trip from Adelaide and most are accessible by public transport.  The most popular one is the trip to the summit of Mount Lofty which can be reached by two buses from the centre of Adelaide.  Catch the 864 bus to Mount Barker and get off at Crafers Car Park to walk up to the summiit or hop on the connecting 823 to go right up to the top where numerous (and less strenuous) walking opportunities await you.

I actually did attempt to do this one day but picked a pretty drizzly day in Adelaide and here’s a heads up, if it’s slightly raining in the city the weather in the Adelaide Hills will be more akin to a monsoon.  I got off the bus at Crafers and sharply got on the one back to the city.  Sadly I never made it to the top of Mt Lofty.  If you have, let me know what it was like!

Reasons to visit Adelaide (besides the parks)

How to pack for a year abroad