How to pack for a year abroad

When you’re about to head off on a long-term trip knowing what you need to take (and more importantly what you don’t need) can be overwhelming.  I was a travel novice when I was preparing for my year-long backpacking journey and, although I still don’t claim to be an expert, I can share some packing tips and tricks I’ve picked up along the way…

TAKE HALF OF THE STUFF YOU THINK YOU’LL NEED

You will inevitably pack too much.  A year seems like a very long time and it seems like you’ll need a lot of clothes.  No matter who tells you that you’ll only need half of what you pack you won’t listen to them… nobody ever does.  My advice to anyone packing for a year long trip is to lay out everything you think you’ll need for your trip and then pack HALF of it.  Unless you’re going to the middle of the desert there’ll be shops and you can always buy anything you really think you need.  However I can almost guarantee you’ll find you won’t need it.

TIP: Do take items that will double as other things i.e. a light scarf can double as a sarong if you’re going to be travelling in different climates

DON’T TAKE ANYTHING OF SENTIMENTAL VALUE

Not just because you might lose it but this also applies to clothes you really like.  There will come a point when, realising you’ve brought way too much stuff with you, you’ll decide to get rid of the things you haven’t worn in the last 3 months.  These are nearly always the nicest clothes you brought, because they’re the least worn, so don’t bring anything you’ll be upset about getting rid of.  As unbelievable as it may seem you only need one “going out” dress.  I’m serious.

TIP: This might seem unthinkable to anyone who deeply identifies with Carrie Bradshaw but you will only need three pairs of shoes maximum: flip-flops/sandals(for the beach), trainers/boots (for serious walking/rough terrain) and one pair of comfortable flats (for city walking/going out/work).  YOU DO NOT NEED HEELS.  If you bring them you’ll probably get drunk and throw them in a public rubbish bin anyway.  You might not even need alcohol, it might just be the final straw of trying to fit them into your already overflowing backpack.  Just don’t take them and save yourself a world of emotional and physical pain.

ROLL (MOST OF) YOUR CLOTHES

Most people already know this well publicised trip but it’s an essential component to becoming a packing ninja.  Rolling your clothes means they take up less space than if you fold them.  The only exception to this rule seems to be with trousers, which you might find it’s better to fold and place at the bottom or on top of all of your other rolled items.

Rolling your clothes also means you don;t get those defined crease lines from folding and walk around looking like you don’t own an iron (which is of course the truth but you don’t want anyone to know that!)

TIP: Don’t bring anything that creases easily.  I did this and those items are now gone because I could never wear them.  Nothing in a backpack is ever going to survive crease-less.

I will never travel without separating my clothes into packing bags again and I don’t even know how I ever did before.  It’s especially essential when you have a backpack or you’ll really never find anything without making it temporarily look like your room has been ransacked.  I’d use them even with a suitcase now though just because they make life so much easier.  Put all your underwear in one, pyjamas in another and then organise the rest in a way that makes the most sense for you.  It means that when you need to get ready in the dark (and this is a more frequent occurrence than you don’t end up a sobbing mess in the corner having given up because you can’t find a pair of socks.

TIP: Rather than put all of my t-shirts in one bag and trousers/shorts in another I use one bag for my everyday clothes and one for my nicer clothes that I wear less often.  That way I only have to open the one bag of general clothes most days and I can keep the other bag at the bottom of my backpack because it comes out less often.

There are certain things that take up a lot of room in a backpack or suitcase.  Travel companies know this and so they create alternatives for people who have limited space so definitely take advantage of these!  Towels are  usually a huge space  hoarder so if you don’t want to be using a hand-sized one to try and dry yourself I’d highly recommend getting a travel towel.

Of course it can’t beat the luxury of a proper fluffy bath towel but the advantages of the travel towel definitely make it worthwhile.  For starters these take up virtually no room at all.  They’re not much thicker than a sheet so you can fit them in even when you think you’ve got no more space!  This doesn’t mean that they’re not absorbent though.  Whilst the feeling takes some getting used to they’re definitely as effective at drying you as a normal towel is.

I also use mine to double as a beach towel (because who on earth has room for TWO towels?) and they’re actually much better than a normal bath towel would be for this purpose.  The material means that you don’t end up with small grains of sand embedded in them which are impossible to get out.  When I travelled to Whitehaven Beach in the Whitsundays where the sand is most silica we were warned not to bring normal towels because the sand would get stuck between the fibres.  Not a problem with a travel towel!

Oh and they’re fast drying, which is excellent because when you’re subjected to not-so-warm conditions (camping outside, cold hostel rooms) using a damn towel is a strong contender for one of the least pleasant experiences you’ll ever have.

TIP: Full-sized shampoos, body washes and conditioners will take up a lot of space but buying the travel-sized items will work out more expensive.  Before your trip get some fun-sized empty bottles and fill them from the full-sized cheaper bottles. 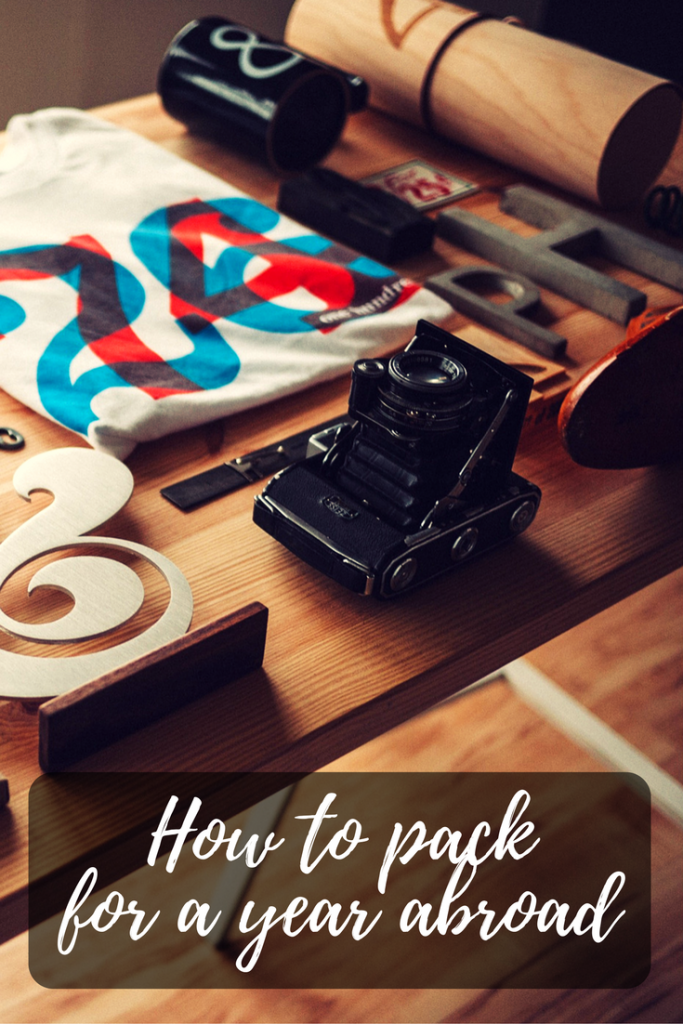 Where to find Perth’s best cityscape

The best way to work less and travel...

How to find work as a backpacker in...

How much does it actually cost to live...

Thank you for sharing this, Kat. This is very informative.
I wrote something similar in my blog (http://www.thesetravelingfeet.com/?p=212) though it was just for general packing and not long term travel 🙂