Whilst in Adelaide Pure SA offered to take me on a tour of one of Adelaide’s hidden gems.  Anyone who’s been following my blog for a while knows there’s nothing I love more than a good hike and the opportunity to spot some of the local wildlife so of course I said yes!

Having finally recovered from two days of constant travel thanks to a solid 8 hour sleep the previous night I was ready to go when Marie, one of Pure SA’s co-founders and lovely tour guides, picked me up and we headed on a surprisingly short drive just 10km north of Adelaide to our secret spot, Morialta Conservation Park. 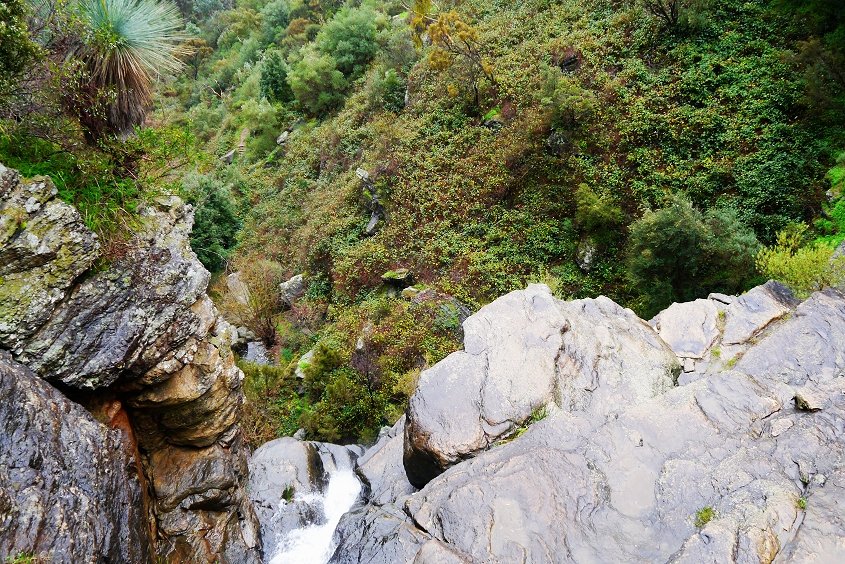 As we reached the edge of the park the rain came out to welcome us in full force but armed with raincoats we were not deterred and neither was any of the wildlife it turned out!  We immediately spotted a couple of koalas just metres from the car park and the variety of animals only increased as we made our way through the trails of the park.  Marie was able to point out so many different type of birds to me, which it’s highly unlikely I would have noticed had I been on my own, not being much of a birdwatcher myself.  The knowledge she shared with me throughout our walk was really interesting and definitely enhanced my enjoyment of the walk.  It’s one thing to appreciate a natural area full of native wildlife at a surface level but it’s another to actually know what it is you’re looking at.  For example I would never have known that the Grey Fantail uses it’s tail to disturb the air and then flies back around to collect all of the insects and food hovering there. 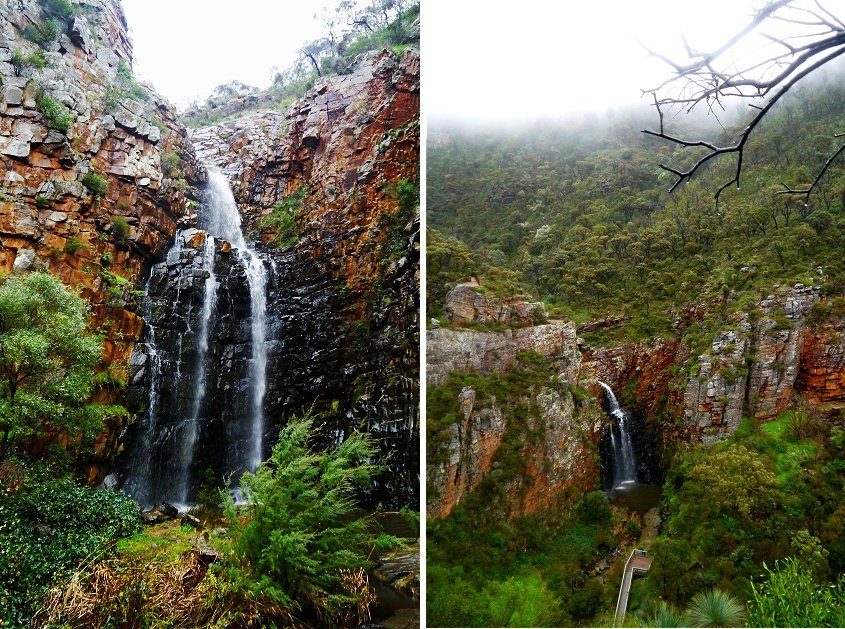 Marie also explained some of the ways that the original land owners lived off the land and pointed out the plants and fauna that they used for everything from creating fire to natural pain-relief remedies.  One particularly interesting fact about how they were able to extract water from the frogs residing in the area during a drought really demonstrated how resourceful and intelligent their practices were.  I won’t divulge the full story because it’s so good – you’ll have to take the tour to find out.  (Also be sure to ask about the park’s resident lizards and their mating behaviours because they’re a hoot!)

But believe it or not Morialta is not all about wildlife-spotting.  There are multiple walking trails around the park which give spectacular views over the area and also take you to different vantage points over the three waterfalls.  This is where the rain proved to be a blessing as we got to witness the water flow at it’s strongest and most spectacular.  Along the trail you might also come across a hidden cave, which provided us with some shelter just as the heavens really opened. 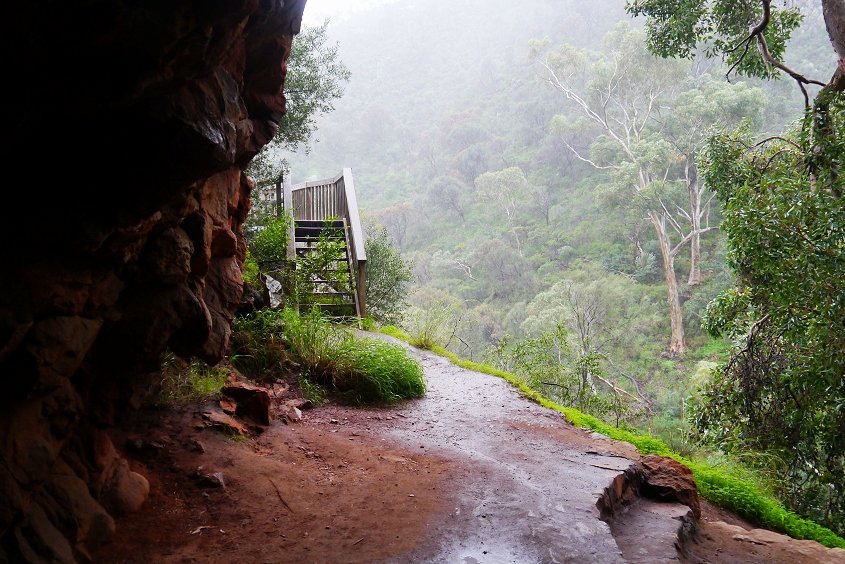 After a wet, wild and wonderful three hours we headed back towards Adelaide where things were thankfully much drier.  However seeing as the rain seemed to have brought out more birdlife than even Marie had seen before on the trail I was happy to have made the compromise.

They will be running the Nature and Wildlife Bushwalk around Morialta Conservation Park again from August 2016 throuhgout the summer months but they also have a variety of other tours running throughout the year, which you can find further details of on their website.

I was invited on this tour as a guest of Pure SA however this does not reflect the opinions given, which remain my own.  Thanks again to everyone at Pure SA and especially Marie for being such a great tour guide.

Staying safe while travelling in the Outback

Kat, I’m falling in love with your blog! I went to Adelaide earlier this year, and adored it so much that I’m going back for a longer trip to Australia later this year. I have a suspicion that your blog will be so useful for us, and I can’t wait to delve into your other posts. Morialta, for one, sounds and looks beautiful – and I will add it to our itinerary for Adelaide!

Oh thank you so much for your lovely comment! I hope I can give you some more inspiration… do you know where else you’re heading to yet in Aus?