5 of the best things to do in Miami

A few years back I visited Florida for a few weeks and spent over half of that time in Miami.  In all honesty at the time I wasn’t sure how I felt about it at first but the longer I spent there and the more I think back on it now the more I appreciate how much character and vibrancy it has in comparison to other parts of the state.

It’s a place of two completely opposing parts separated by a couple of bridges.  Whilst central Miami is heavily influenced by authentic South America, Miami Beach is pure USA at its most shiny and extravagant.  I think to get the best out of what Miami has to offer you need to experience a bit of both and so here’s my guide on how to do just that. 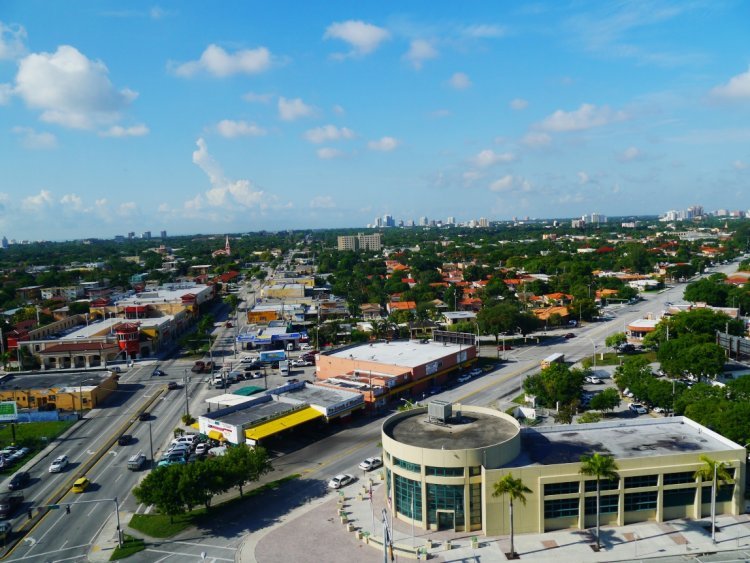 Eat, eat and eat some more!

With influences from Cuba, Peru and other South American locations the food scene in Miami is one of the best.  If you’re after really good grub you’re better to avoid the tourist-trap of Ocean Drive, where you’re certainly likely to pay more for food that’s just ‘okay’, and head to the Miami suburb of Little Havana.  We were lucky enough to stay in this area so ate at a wide range of places and found the majority were run by friendly locals passionate about the food of their native country.

If it’s dinner with a view you’re after you can’t go wrong by taking a dinner cruise on the Biscayne Bay where the spectacular sight of the city skyline awaits you. 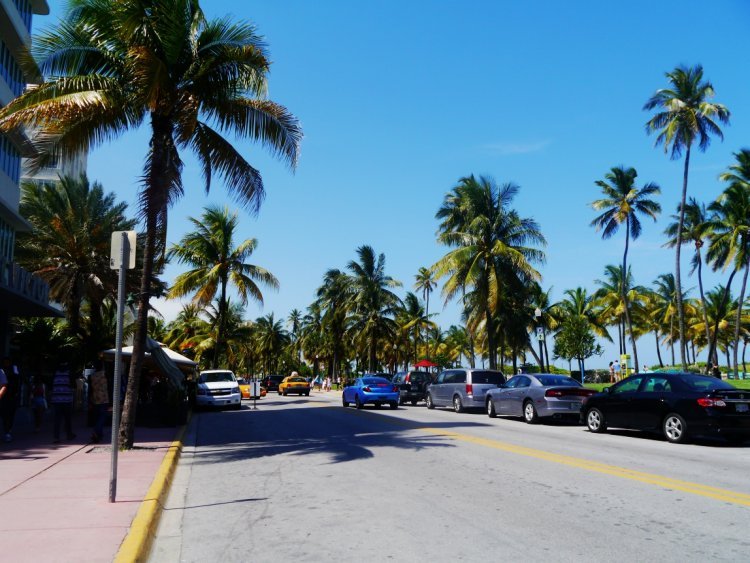 Embrace the gaudiness of Ocean Drive

Ocean Drive is famous and it’s not hard to see why.  I’d go as far as to say it was brash, at the very least it could be described as over-the-top, however there’s a certain charm to its lack of subtlety that shouldn’t be underestimated.  You’ll find a road lined with overpriced clubs and restaurants where they serve giant fishbowl cocktails (yes, we made the mistake of ordering one each).  There are often scantily dressed girls dancing around objects/on podiums outside of these places in the middle of the day and one time we even witnessed an open-topped car drive by with three people twerking in the back.  In fact come to think of it the only person sitting down was the driver!

It might feel like a very bizarre hyper-reality but it’s not just worth a stroll along here to gape at the spectacle.  The area is known for its Art Deco hotels, including the Colony which is thought to be the world’s most photographed hotel (although I’m not sure how they figured that out).  The area has also served as a filming location for numerous television shows and films. 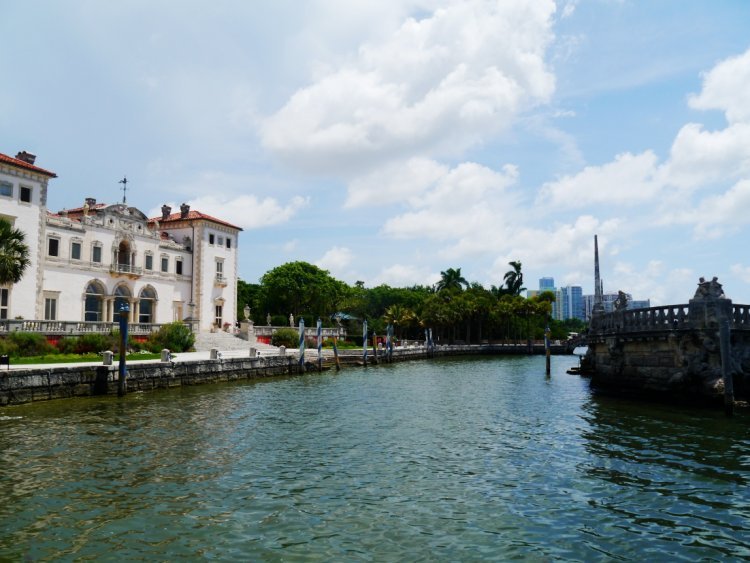 Sometimes hailed the “finest private house in America” Vizcaya is an artistic European gem amongst the modernity of Miami skyscrapers.  Despite its name and style the house actually has nothing much Vizcaya do with Spain or Italy.  It was built and lived in by the American James Deering and named Vizcaya purely because he wanted to give it an air of foreign mystery.  However as is evident from the building and gardens it was modelled on the houses of 17th and 18th century Italy and France.

To get to Vizcaya does require a short train ride out of central Miami and into the quieter and leafier suburbs that provide the estate with its tranquil setting but you won’t find anywhere else like it in the city. 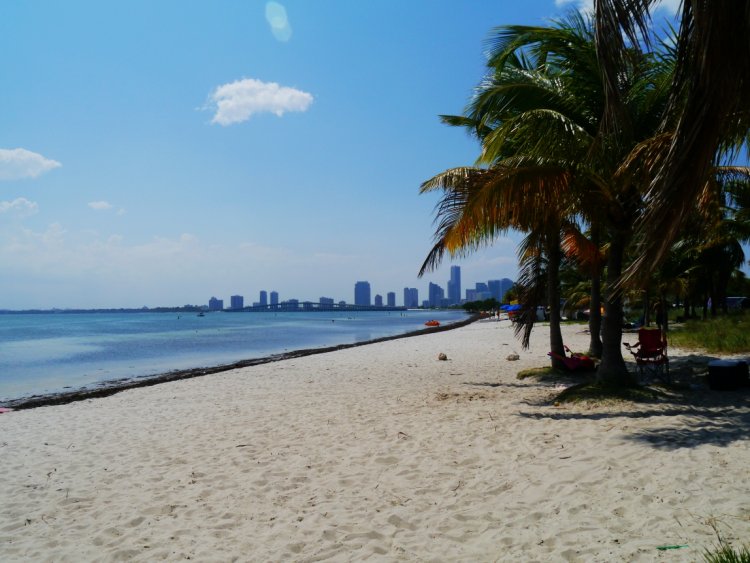 Don’t worry I’m not such a beach snob that I’ve become complacent about the beauty of South Beach.  The waters are clear, the Miami skyline runs along the shore, celebrities frolic in the waves – it’s iconic.  The problem is that with justified fame comes popularity and if you’re willing to go a little bit further you can find spots just as stunning without all the people.

My recommendation comes in the form of Key Biscayne.  It is a little way out and will involve a drive across several of the islands just off the shore of the mainland but there’ll be almost nobody else out there and you get the view of South Beach and the Miami skyline whilst lying on the beach, rather than it being behind you.  There’s also the beautiful Bill Braggs Cape Florida State Park at the end of the peninsula and a lighthouse to visit if you for some reason get bored with sitting on the heavenly white sands. 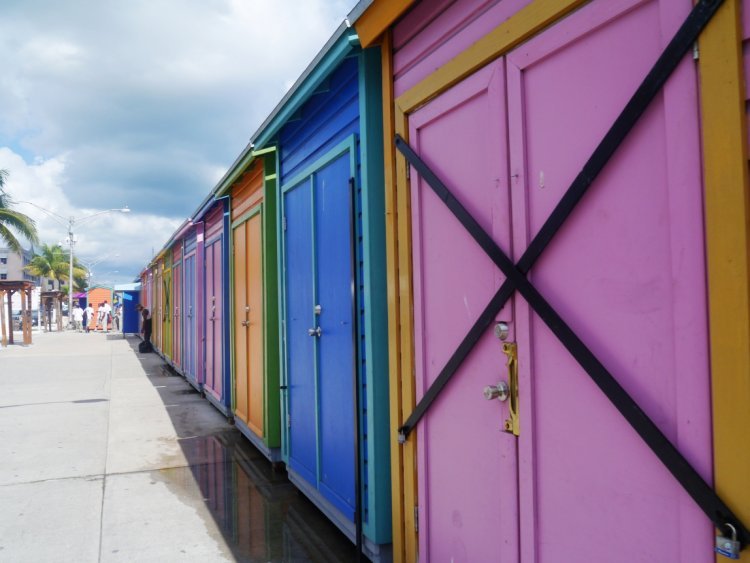 Take a trip to the Bahamas

Okay so this is a really extravagant one and might be a little unrealistic if you’re short on time but if either of those things are not an issue this is a must-do.  When I told people we were popping over to the Bahamas on our trip to Miami most of them didn’t realise this was even a thing you could do!

There are a bunch of cruise liners that will take you on a weekend trip to Nassau, the capital of the Bahamas, and before you all freak out because I mentioned the ‘c’ word and you’re not yet 80 years old, just hear me out.  On these short trips you’re only really on the boat for one day and they aren’t your typical cruise because they’re so short they tend to be full of young Americans on a weekend getaway.

Plus when you reach your location you’ll know it’s worth it.  Of everywhere I’ve been I’ve never witnessed water quite like in the Bahamas.  Nothing can beat skipping a sky juice (the national drink made from coconut water blended with condensed milk and gin) in paradise.

What’s your favourite spot in Miami?  Do you prefer the central area of the city or is Miami Beach more your thing?  Let me know in the comments!

This post was brought to you in partnership with Cloud9Living but this does not affect the opinions and advice given. 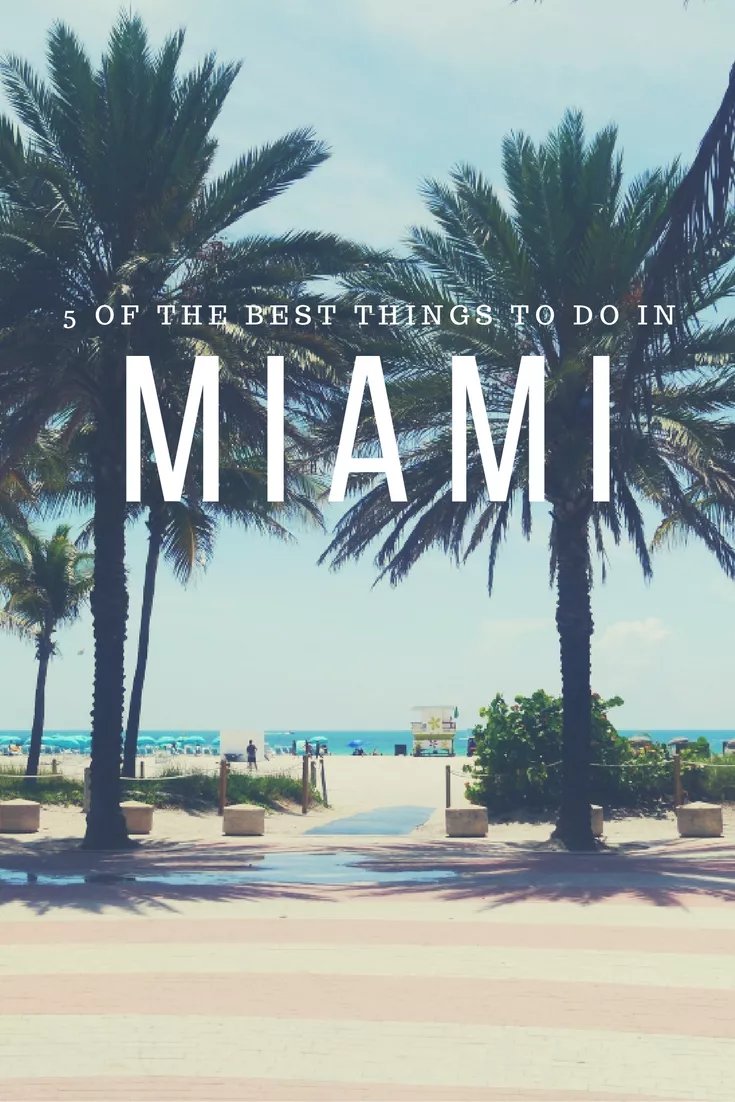 Unusual things to do on a day trip to Bristol

5 of the best ancient sites to visit...

5 of the best cultural things to do...

I have always wanted to go to Miami but haven’t made it yet. When we go to Florida, we’ve only stayed in the Orlando area so far. We’re going on our first cruise as a family to the Bahamas next winter and we are so excited. #FlyAwayFriday

We visited Orlando on our trip to Florida too and I love it. It’s so different from Miami, where you can really feel the South American influence, but I really liked the vibe of it. The Bahamas is a dream, I’m sure you’ll have an amazing time!

I really like your suggestions! I am one of those who didn’t know it was possible to visit the Bahamas on a weekend from Miami. That is good to know! The food is one of the things that attract me the most about Miami.

Thanks for your comment! The food is so so good, definitely one of my favourite things about Miami 🙂

I loved the idea of a weekend trip to Bahamas! This is something I´d definitely do. It´s a big deal to fly to Bahamas from Europe: Miami is always easier. Combining both could be awesome! Thanks for the idea! #FlyAwayFriday

Thanks 🙂
It’s so much cheaper to do that way and as lovely as the Bahamas is there’s a lot more to do in Miami. I think it’s the best way to get the best of both worlds!

Yeees! I was going to fly to Miami, enjoy the city and then go on a cruise out to the Bahamas next year! Good idea! Love the colorful photos! Thank you so much for joining #FlyAwayFriday, see you in 2 weeks!

Good plan! Hope you have a great time, it’s hard not to over there 🙂

Love this! Miami is such an aamzing place with the best food!! Ugh it’s soooo good! And love the idea of crusing to the Bahamas! Thank you for sharing on FlyAwayFriday and can’t wait to see what you share next!

Yesss the food is amazing! Thanks so much for stopping by 🙂 #FlyAwayFriday

We would have loved to have you at Miami Culinary Tours. Next time you are in Miami, reach out to us, we would be happy to host you on a culinary tour of Little Havana!

Oh that sounds amazing! Next time for sure!

Great article! I think you included some really great suggestions here! I think it is a great idea to take a cruise down to The Bahamas as a weekend getaway! It’s a nice break from the hustle and bustle of Miami and you get to go to a different country with a different culture. Thanks for sharing!

Thanks so much! I loved popping over to the Bahamas, I had no idea before my trip that you could even do that… it is a very different pace to life in Miami for sure!