Why Alice Springs should be on your Australia itinerary

I think it’s fair to say that a lot of people used to make the trip to Alice Springs to reach Uluru.  Despite the fact that it’s a good few hours drive away Alice Springs is the nearest and largest town to the big red rock and so if you were going to visit Uluru and wanted a base or some contact with other people at the start/end of your visit instead of staring into the shrub for days on end in the middle of the outback then you usually stopped off at Alice Springs.  However since Uluru opened it’s own airport and there have been a number of luxury resorts popping up nearby gone are the days of camping in isolation in order to experience the spiritual heart of Australia, which has also lead to a visit to Alice Springs sliding way down people’s priority lists when visiting this huge country.

To me the whole situation is pretty sad because Alice Springs has so much in itself to offer and turned out to be completely unlike anywhere else I visited in Australia.  I’d forever advocate that you still take the trip to Alice and camp out in the outback when visiting Uluru for the authentic Aussie experience… my journey to the red centre was one of the highlights of my trip and I have a huge affection for Alice Springs as a result.

There are two main reasons I’d really suggest spending at least a couple of days in Alice which are to soak up the beautiful landscape and to immerse yourself in the incredible history of the area… I can guarantee you won’t find anything comparable to what Alice can offer in these areas anywhere else in the country.

Two of the historical sites I visited while in Alice were amongst the most interesting I’d been to in the whole of my travels in Australia. 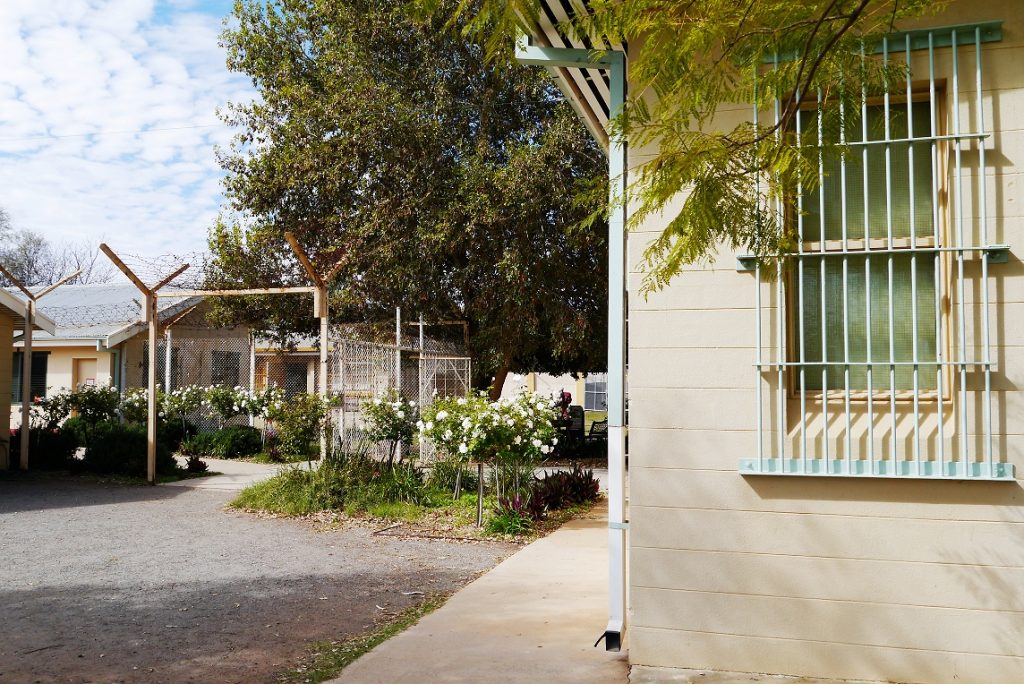 Believe it or not the only museum dedicated to the achievements of Australian women is in Alice Springs… and  as you might expect it’s pretty small but also so interesting.  There are currently three exhibits, one celebrating the women of Australia who were the firsts in their field, one about women’s work which features a collection of relatable objects and my favourite the section about women in central Australia.  It contains the stories of women who were born in and came to live in some of the remotest parts of the country and how they lived and worked together and with the indigenous people.  I ended up spending ages in this small museum because the stories were all so different and equally fascinating. 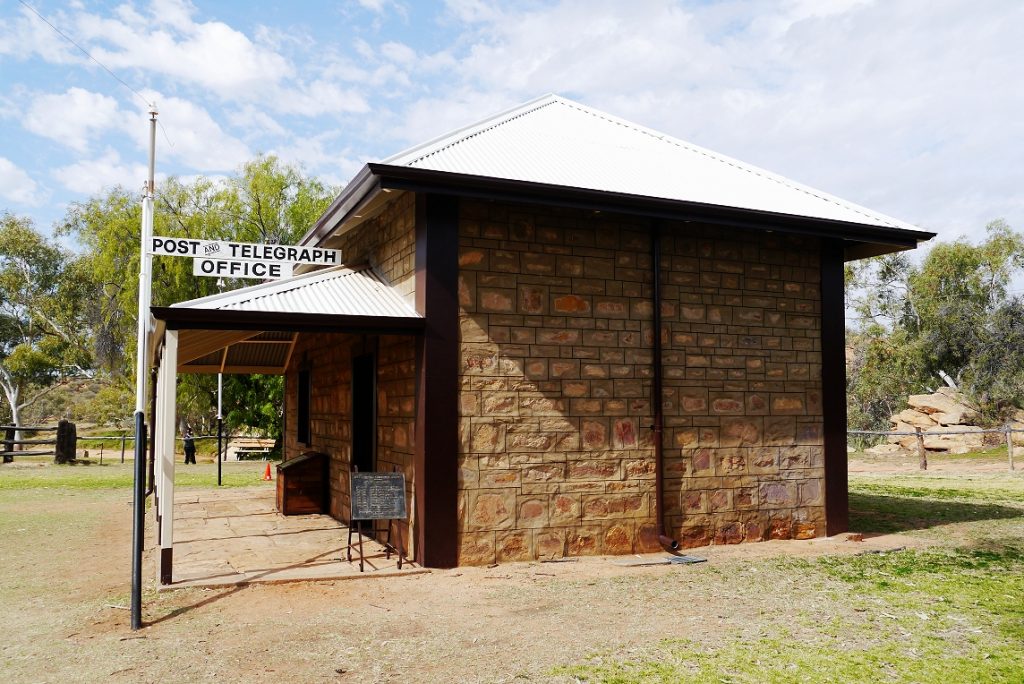 This is a must-do when in the area. The Old Telegraph Station is where the communication lines used to run through from Adelaide all of the way up to Darwin then overseas to London. It’s almost impossible to imagine what a feat of engineering those communication lines were when they were built and how they transformed the lives of people in Australia, especially those in places like the Alice where they were otherwise so disconnected from everything going on even in the rest of the country. Prior to the construction of the lines messages were conveyed between the commonwealth countries by boat and so it could take up to 6 months to receive any reply.

There is also an indigenous history on the site as it used to be an Aboriginal children’s home and there are some interesting exhibitions about that side of it and the stolen generations. Still way ahead with their technology despite being in the middle of outback the museum is also home to the only hologram I’ve ever seen. 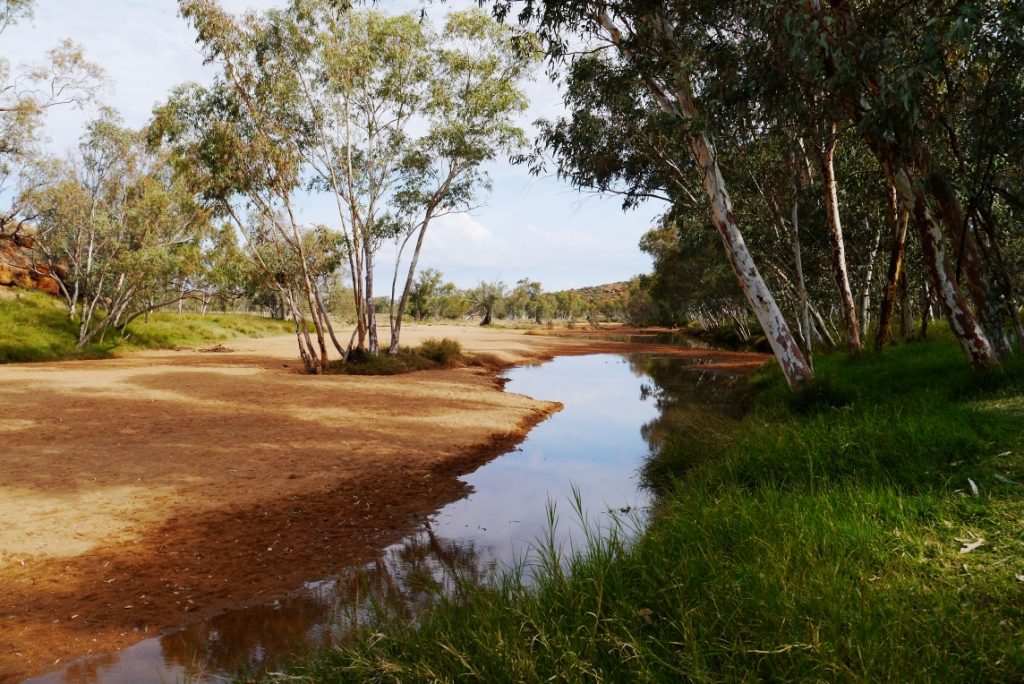 There are free guided talks around the old station and a some little walks on the site which are also worth your time. Plus, although it’s a short walk out of what is considered Alice Springs town centre now, the site of the Old Station is actually the site of the original Alice Springs (current Alice Springs used to be the town of Stuart). It was named after a puddle of water, which upon discovery was mistakenly thought to have been a spring. It turns out there had just been an unusual amount of rain in the few days before and most of the time the area is dry… it’s certainly not a springs.

Alice Springs has one of the most unique landscapes in all of Australia as unlike most of the rest of the outback, it’s not completely flat.  Instead it’s surrounded by hills and the West Macdonnell mountain ranges that enclose the town from the vast expanses beyond.

Day trips are available from Alice Springs to the West Macdonnell ranges but there are also plenty of spots to get some amazing views in the centre of the town and most only involve a very gently hike up a hill or two. 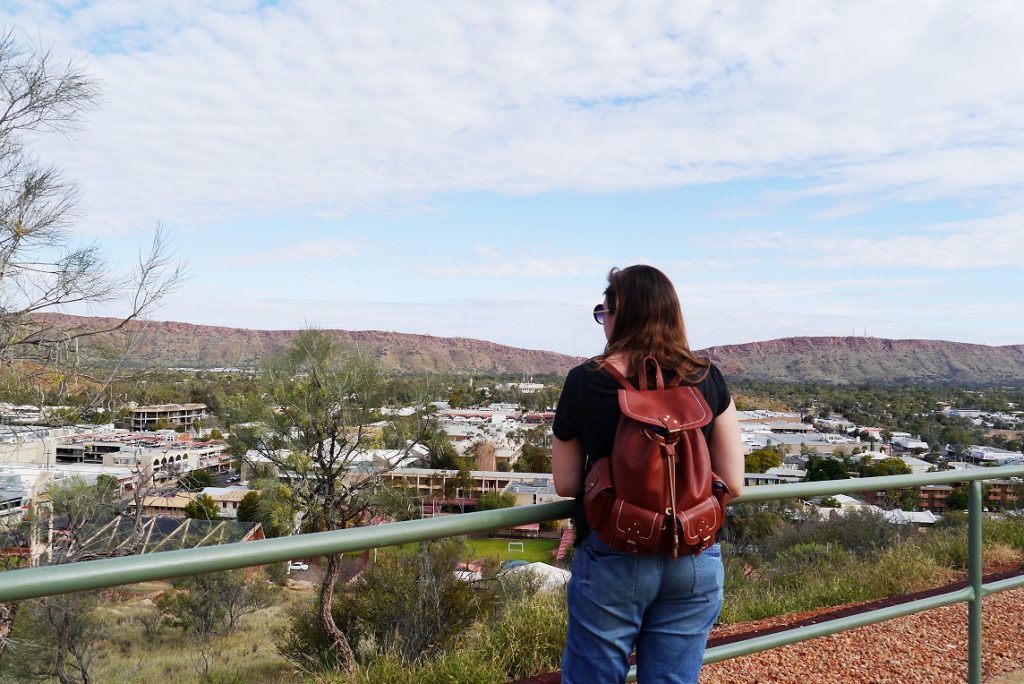 One of the most popular spots with tourists in Alice Springs is Anzac Hill and it’s easy to see why. It’s one of the few places that offers such a rewarding view for such little effort. Easily reached from the centre of town (only a 5 minute walk from the main shopping street of Todd Mall) and just a measly few steps up to the top somehow you still end up with a far-reaching view of everything in the town sitting beneath the spectacular mountain ranges all around. 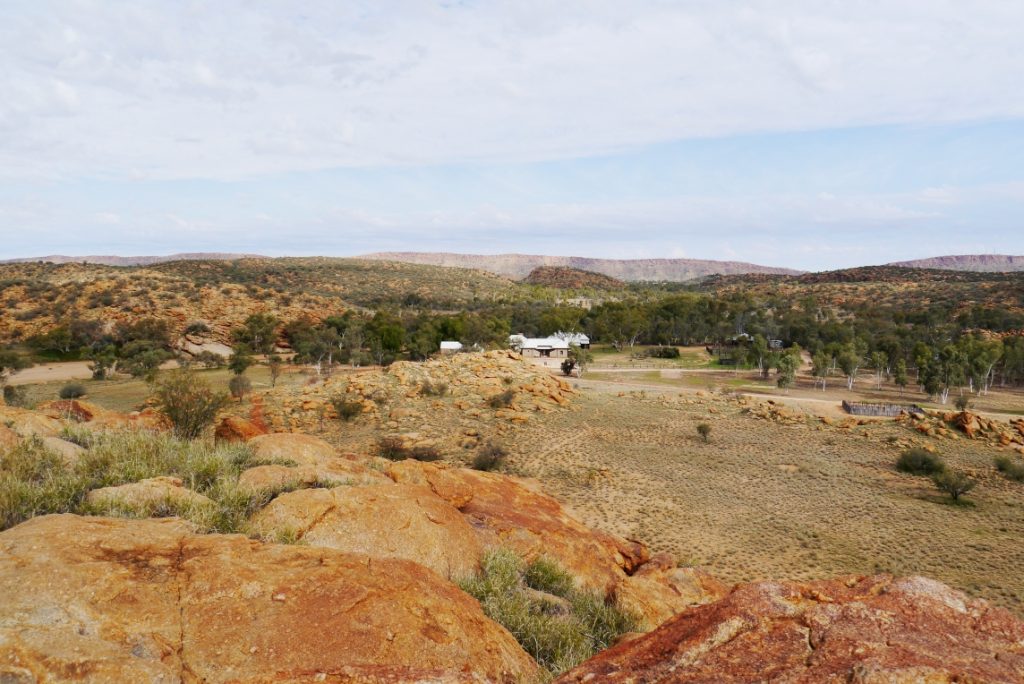 Every town in Australia has a botanical garden and it’s easy for the lush greenery of them all to merge into one in your head. There’s no danger of that with the Olive Pink Botanical Gardens in Alice Springs, offering the most unique landscape of them all. Again the gardens have a couple of small hills with an easy walk to the top which offer a chance to see the vast expanses of the desert landscape. One thing – amongst many – that is great about Alice is that, aside from the occasional hill, the town is mainly flat and without tall vegetation which means climbing anything will get you a pretty far-reaching view. 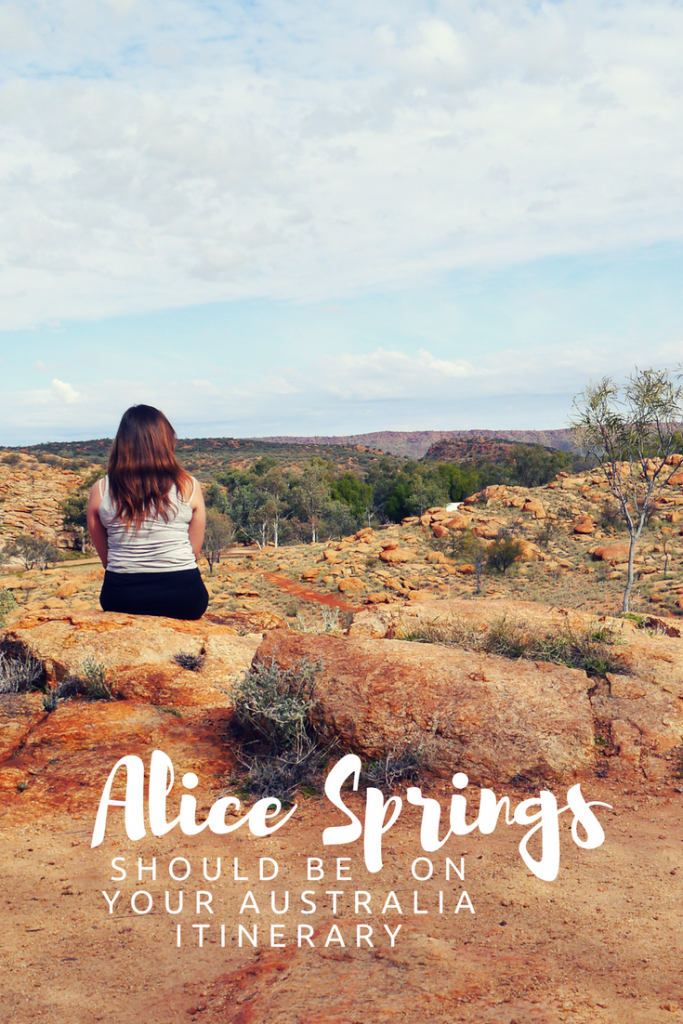