If you keep your eye on Lonely Planet’s Best in Travel list that comes out at the end of every year you might have noticed Cape Town sitting (very) pretty at number 2 on the top cities to visit in 2017 and as it so happened I began the year there myself… where I soon discovered exactly how it had earned the position. Now because a picture says a thousand words I’ll leave the beauty of Cape Town and the surrounds to speak for itself through a selection of photos I took over the course of our trip.

Still a working fishing village, Hout Bay is a draw for visitors looking to experience some history and the best in local seafood.  There are a ton of great restaurants and the Bay Harbour market, located in an old fish factory, to explore on a weekend. 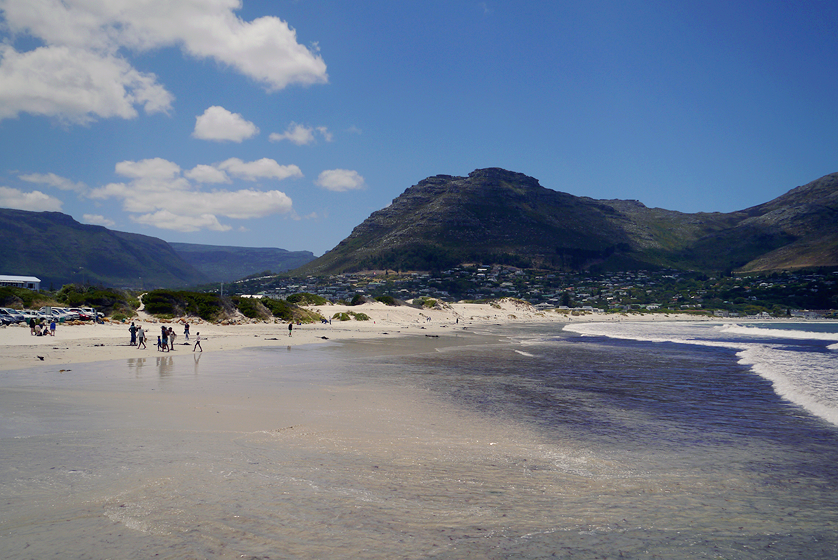 It’s unusual for a drive to be on any list of top things to do in a destination but the route up to Chapman’s Peak appears on recommendation lists again and again.  Once you’ve done it you’ll see why as the winding coastal road offers some of the most amazing views across to Hout Bay and the surrounding area. A picnic with a view like this is hard to beat. 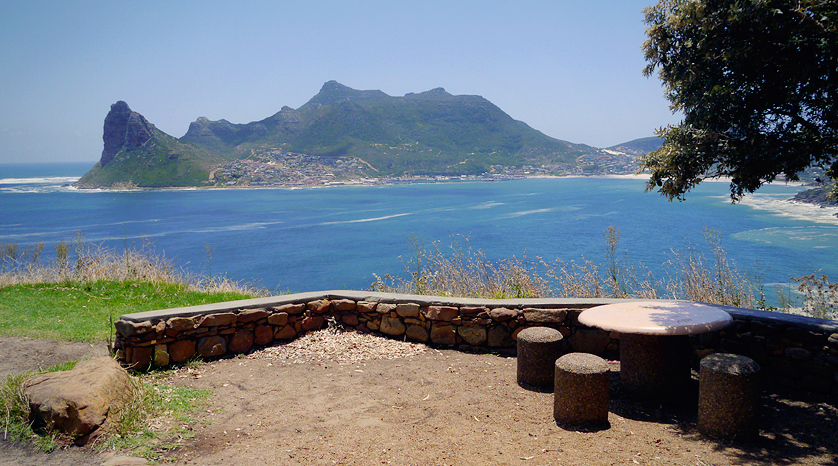 Attractions in the city include the cathedral, fort, V&A waterfront, a variety of museums and markets and so much more than you could really do in a day.  Hop on the City Sightseeing Tours yellow bus route for a convenient way to cram as much in as possible. 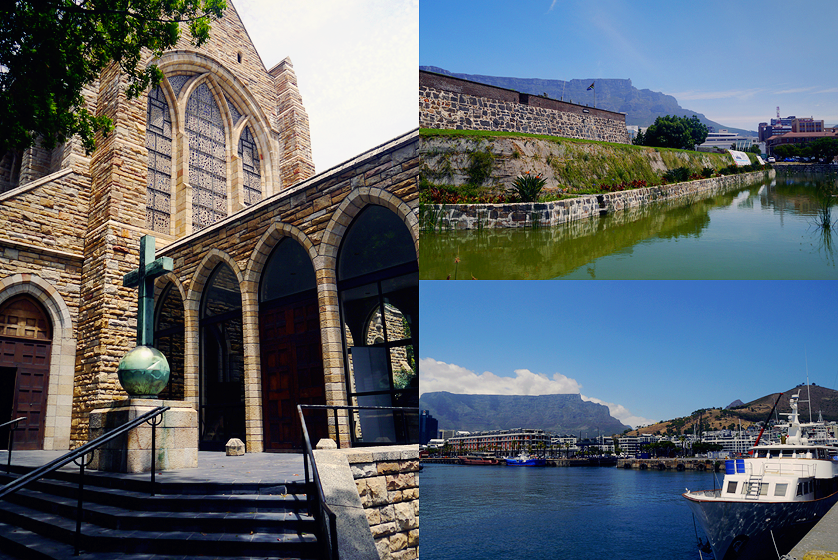 South Africa’s most famous attraction and now on the list of new 7 Wonders of Nature, Table Mountain is worth braving the people and the queues for (unless you’re brave enough to hike it – then no queues!) 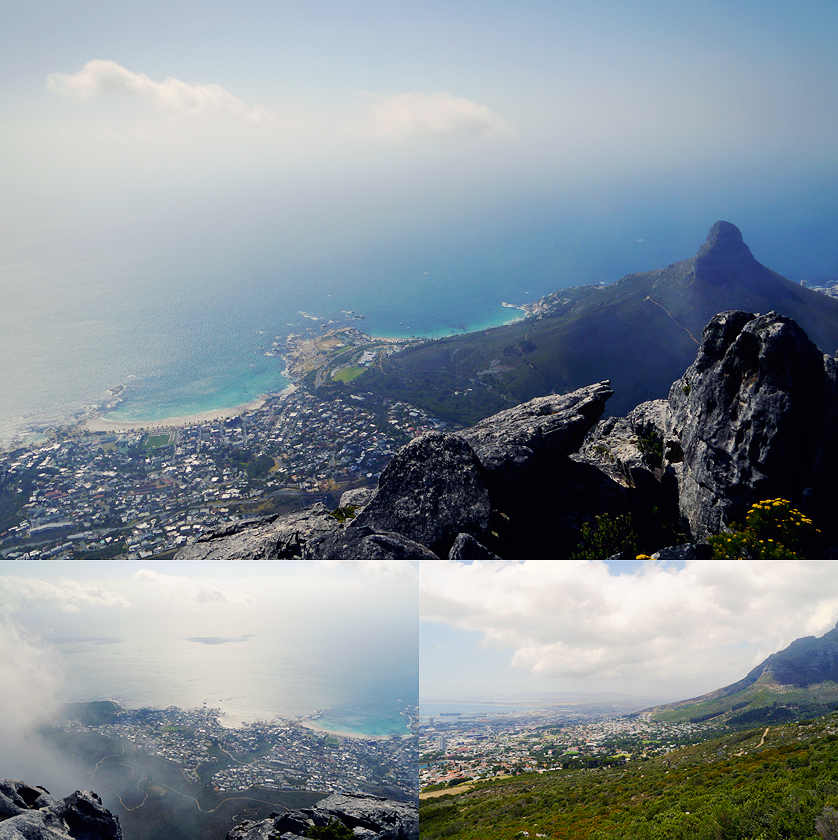 Now a mention to a couple of spots a little further away from the city… Hermanus is where we were picked up to go cage diving with great white sharks.

Also known as the Cape of Good Hope this is the most south-westerly point in Africa (it is sometimes referred to as the most southern tip but it’s not technically true). Stunning views and wild baboons await in this touristy spot… but as we’ve discovered all of the popular spots near Cape Town are worth it. 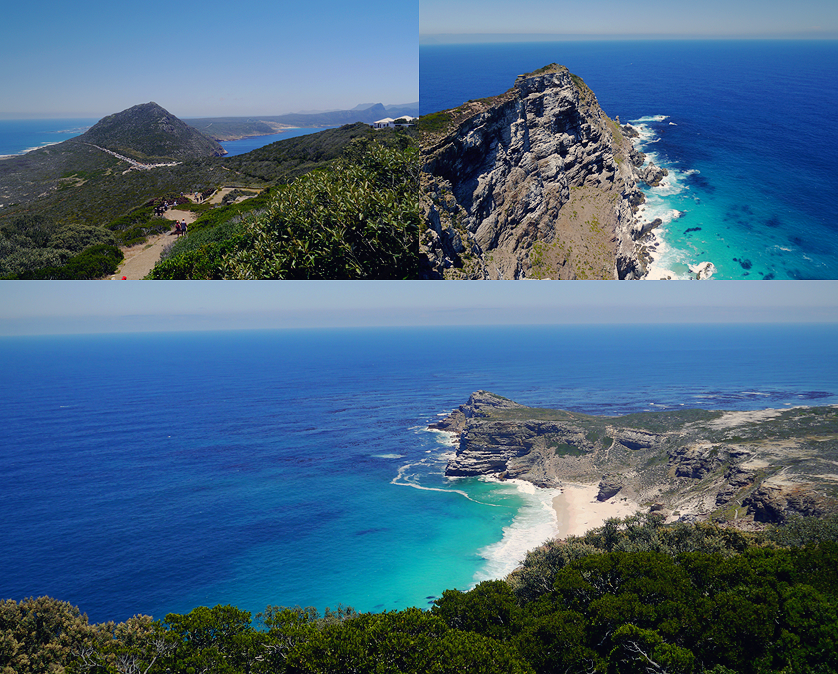 While we were in Cape Town we also took time out to go on a safari adventure at Aquila Game Reserve, which you can read about here.

Where have you visited where the scenery has blown you away? Have you been to Cape Town and did I miss your favourite hidden gem? Let me know in the comments! 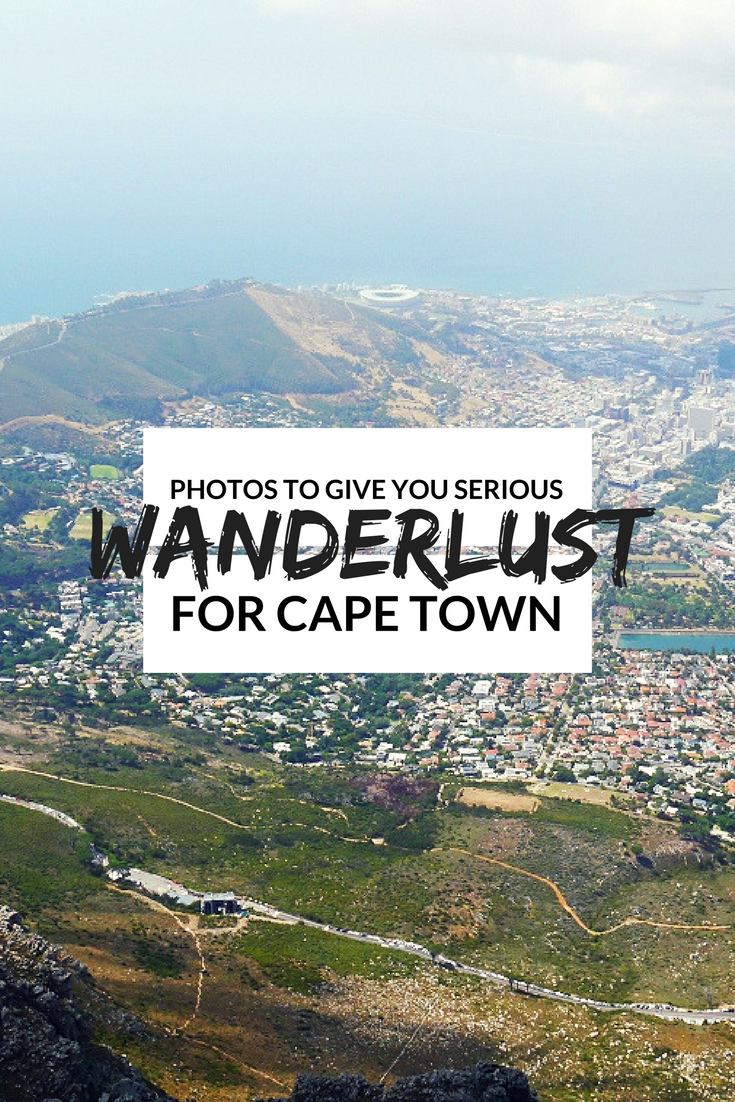 On safari in South Africa at Aquila Game Reserve

Cape Town is by far my favourite city in the world that probably why I made this 150+plus things to do guide. For some reason this place always calls me back.

Great post Kat, you really did a great job in getting pictures that really show Cape Town in all her glory.

Thanks Matthew! Great guide too – there really are so many things to do in Cape Town and its such a beautiful city.

I LOVE your photos! I would love to do a Southern Africa trip and visit Cape Town. It looks amazing.

Thanks so much Megan. Cape Town is definitely one of the most beautiful cities I’ve ever been to..

Everyone I know who has been there speaks incredibly highly of Cape Town and I continue to see why. The view from Table Mt alone is enough to make me want to go. Very eager to reach Sth Africa one of these days. Pinned for future reference! #flyawayfriday

I hope that you get to go! The view from Table Mt is well worth it.. even though it wasn’t the clearest day that we went up there the view was still amazing. Thanks for commenting 🙂

Oh my! I can’t wait to hike Table Mountain!

Oh I wish I had hiked it… The sense of achievement will enhance the views even more!

Totally agree! And South Africa should be a must-visit destination for everyone!! I grew up there and have a close friend in Cape Town so get the chance to visit fairly often (though not as often as I would like!) Cape Town is a fabulous city – so much to do and see!

Cape Town looks so beautiful. I would love to visit one day. I really enjoyed the photos and your write up.

Thanks so much Melissa. It’s a very beautiful city, I do hope you get to see for yourself one day!

Cape Town is an amazing city. There is so much to do and see ! I really love the Cape of Good Hope which is surrounded by vast spaces, rich fauna, deserted beaches and rugged landscapes 🙂

The Cape of Good Hope is one of my favourite spots… worth braving the tourists for! We could easily have spent more time exploring Cape Town, I feel like we only got to scratch the surface really.

It’s definitely an incredibly photogenic place, your pictures are gorgeous!! I’m againt cage diving, but I’d definitely go kayaking on Hermanus if and when I go to Cape Town! The color of the water looks insane!!

I’d love to have gone sea kayaking – sadly didn’t have time – but it looks like so much fun. Thanks for your comment 🙂

Hi Kat
Great photo of Hermanus Old Harbour with the yellow kayaks. Your pictures are stunning!
I live in Hermanus and finish a blog on “My Family Activity Bucketlist for things to do in Hermanus in the summer “, if you are interested, here is a link
http://hermanusonline.mobi/hermanus-blog2/hermanus-blog-2/top-10-things-on-my-activity-bucketlist-in-hermanus
Kind Regards
Jeanette

Thanks Jeanette – great post. I wish I had had the time to go sea kayaking!

Aww Cape Town looks so amazing!! I’ve seen it all the time on Insta and def want to go so badly!! I’ll def agree that it looks absolutely photogenic! Great post!

Thanks Chloe. Cape Town is definitely so photogenic… I have a ridiculous amount of photos!