So you’re headed to Australia? You’re not going to want to go to just one place when there’s so many different landscapes and exciting experiences to be had all over the country so the first thing you’ll need to figure out is how best to travel around because here’s the thing… Australia is huge. Trust me, it’s actually bigger than you even think it is and you won’t realise it until try to travel in it. So should you fly, rent a car, take a train? It really depends on your travel style, budget and the time you have. If this all sounds super complicated then as my Aussie friends would say “no worries” I’m about to break it down for you.

As soon as you attempt to drive anywhere you’ll pretty soon realise that the most painless way to get between the big cities is to fly.  Luckily the plane fares to fly internally are not that expensive, especially if you can be flexible with your dates or book far enough in advance.

Look out for flights on the budget Australian airlines Jetstar and Tiger Air but be aware that they aren’t always the cheapest options. Virgin Australia sometimes have bargains and because they aren’t a budget airline have little added perks like snacks and drinks included (plus I once had a flight cancelled and was put up in a 5-star hotel by Virgin!) Use flight comparison websites to find the cheapest deals and dates to travel. 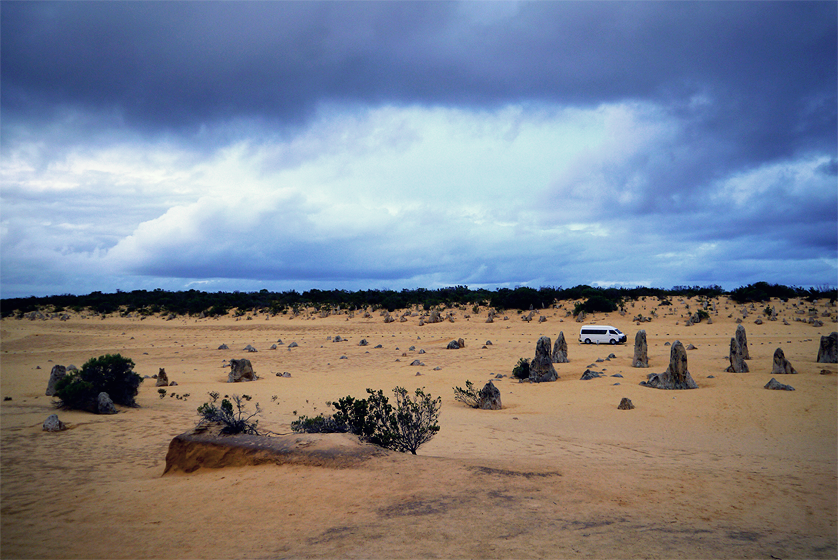 Cars – the easiest way to get remote

Although flying is a key time-saver when travelling across Australia if you’re in no rush there are plenty of reasons that travelling by car might be preferable. Travelling at a slower pace means you can stop off at places of interest along the way and may even lead to you discovering hidden gems you didn’t know existed. There’s also potential to save money this way by making the use of Australia’s many free camp sites.

For some places the drive is actually part of the attraction, such as the Great Ocean Road. Plus outside of the major cities public transport is often limited, which means that driving is actually the only way to visit certain places.  Tasmania, for example, has no train transport and a limited bus network which makes it best explored by car if you don’t want to shell out for day trips to all of the highlights.

If you’re at a loss where to begin when it comes to hiring a vehicle in Australia try using a car rental comparison site to find the best deal. 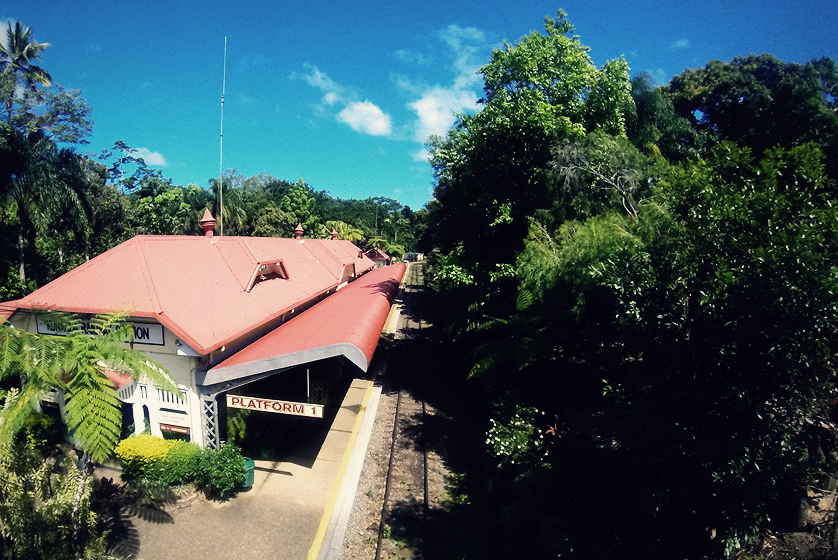 Trains – for if you’re feeling fancy

There are three major train routes for long-distance travel in Australia but because they aren’t the easiest or fastest way to travel they are really sold as experiences in themselves geared towards luxury travellers.

The Ghan runs from Adelaide to Darwin via Alice Springs and you can buy a ticket for the whole journey or half of the way. As with the Indian Pacific there are a couple of stops at key places between the destinations, in this case at Coober Pedy and Katharine, where optional off-board excursions are offered.

The Indian Pacific is the journey across the country between the two major cities of Perth and Sydney. Adelaide is the stopping point on this trip so again you can book it just halfway. It’s a long one though taking four whole days to complete but there are a couple of attraction stops as with the Ghan.

The Overland service is the shortest service available running from Melbourne to Adelaide. If you look on a map it’s a mere slip of a journey compared to the other two long haul adventures and there are no stopping points or luxury excursions to be had.  It is undeniably more of a functional train service and is the only one that still offers a reduced backpacker’s rate (which was available on all three until summer 2016). 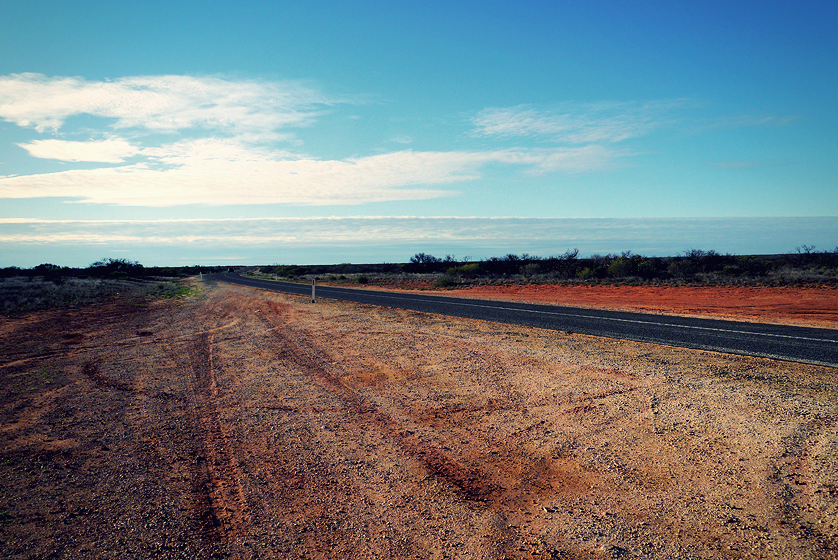 Where there’s no train service don’t despair as there are sometimes long-distance buses. Be aware that they aren’t always cheaper than flying though so it’s good to check first. They’re particularly useful if you plan on making multiple stops as there are several hop-on hop-off ticket options available.

Greyhound is the main bus provider for long-distance travel in Australia. Like most backpackers I used them when travelling up the east coast between Sydney and Cairns.  They also run a west coast service that goes all the way between Perth and Broome, which is excellent if you want to explore this area because public transport is minimal and flying to some of the smaller airports on this side of the coast can be extremely expensive. 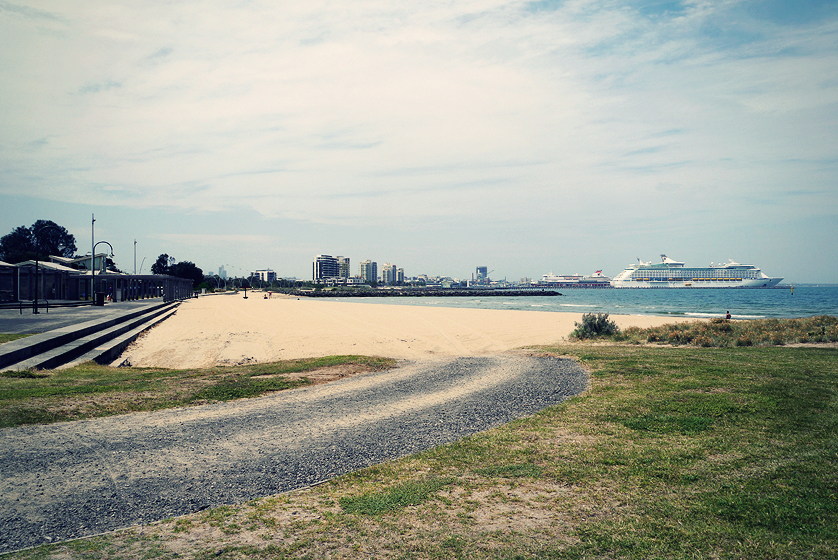 Okay so you’re not going to travel to many places in Australia by boat but there’s one I’d like to recommend.  If you’re taking a trip to Tasmania (and why wouldn’t you when you’ve seen how beautiful it is there?) from Melbourne, you can actually go overnight on the Spirit of Tasmania.

Getting to Port Melbourne is extremely easy on the city’s tram network. You board in the evening and when you wake up in the morning you’re in Tasmania – simple! There are a range of sleeping options available but the cheapest tickets you can get are overnight recliners. These give you access to the overnight lounge with chairs to sleep in blankets and cushions and will set you back just $99AUD. It’s just like taking an overnight flight. 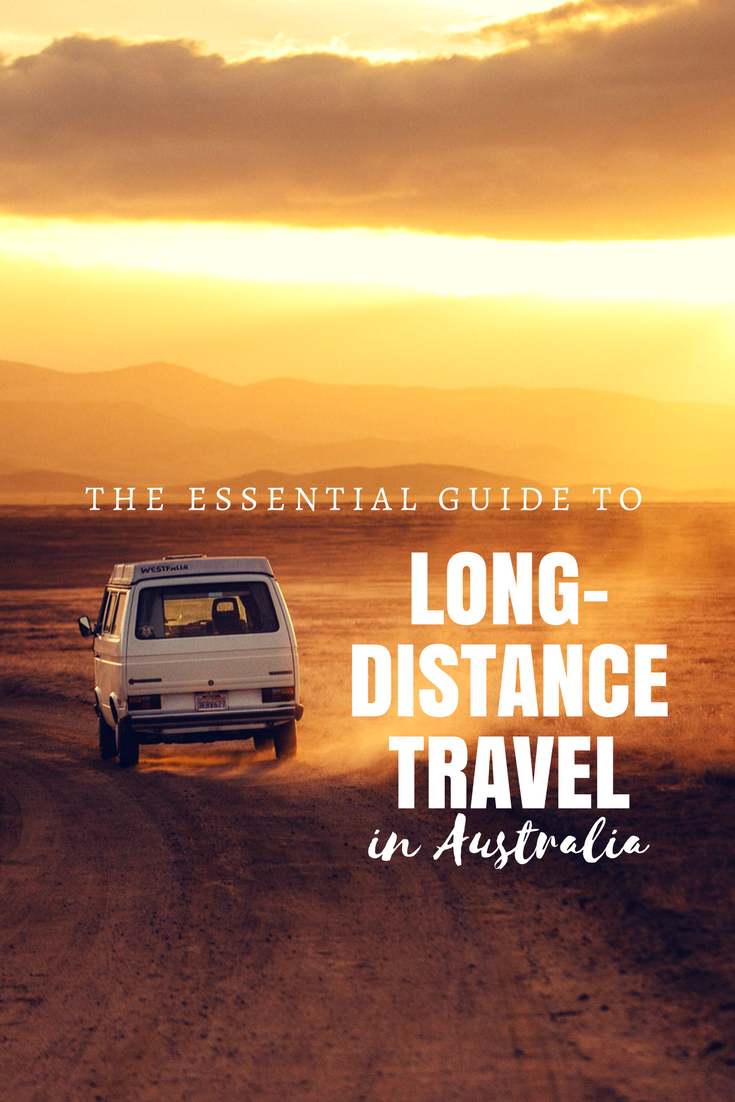 This post was brought to you in partnership with Webjet Australia. All opinions remain my own.

Awesome tips! That’s definitely true, I agree that “So should you fly, rent a car, take a train? It really depends on your travel style, budget and the time you have.” Thanks for posting really appreciated.