Authentic Finnish sauna experience in Helsinki for less than £10

In Finland saunas are more than a recreational activity but an integral part of day-to-day life. Did you know that sauna is actually the only word in the English language to have come from Finland? Also there are enough saunas in Finland to accommodate every Finnish person at the same time and that there are more saunas than cars!

As a visitor to Finland wanting to experience as much Finnish culture as possible I knew that visiting a sauna while I was there was an absolute must-do activity.  I just had to see what all of the fuss was about!

Our choice of sauna ended up being one of convenience but, unlike most attractions aimed mostly at tourists, one that did not disappoint.  Basically what happened was that we left it until our last day in Helsinki to visit a Finnish sauna and we had a few on our list of options, as there are several around the city.  The problem arose when we realised that most of them do not open until the afternoon… apparently 11am is not ideal Finnish sauna time! 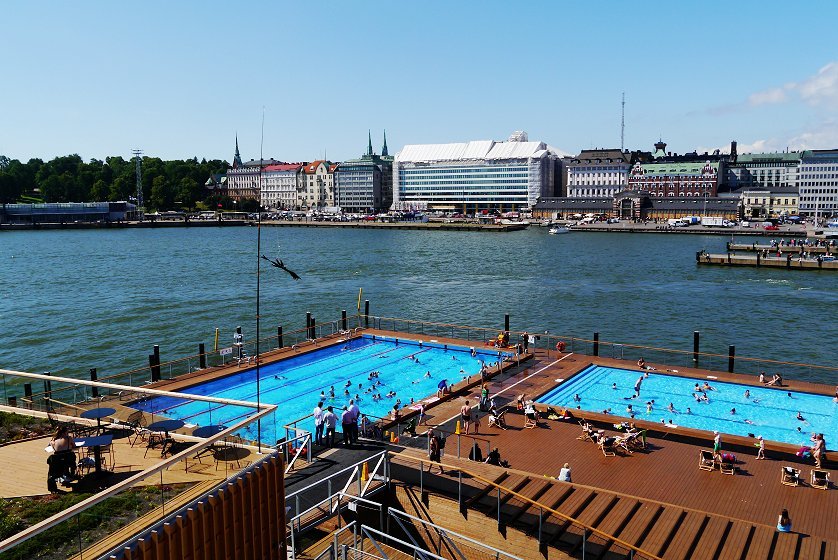 We opted for Allas Sea Pool, which we hadn’t even know about before our trip but I remembered being mentioned on a walking tour we had done of the city on one of our first days there.  At this point there were 2 things going for it… it was a 5 minute walk from our hotel and it was open pretty much all day.

Simple and straightforward, with a public Finnish sauna you pay a fee usually for a certain amount of time during which you can be in the sauna as much or little as you want.  There is a pool or showers for cooling off and you alternate between the two then repeat. As a beginner it is best to spend around 10 minutes in the sauna to start with before cooling off and then build up to longer sessions… as time goes on you will find you feel less uncomfortable with the heat.

The first few minutes I was in the sauna I actually found my breathing quite shallow but after about an hour of dipping in and out I found I could stay in for sustained periods of time without even really breaking a sweat. 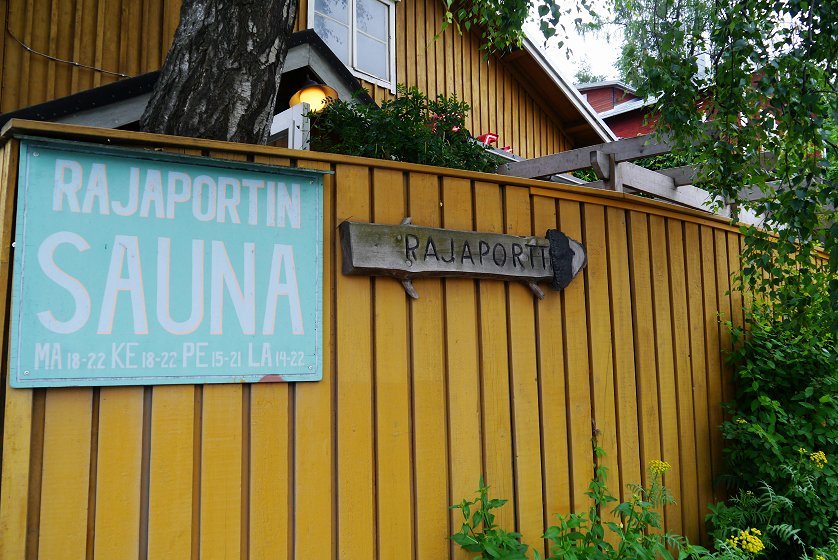 The Finnish sauna experience is different from the type of sauna you get at home… they traditionally do not have music playing or any type of scent.  The only smell should be of the steam rising over the hot stones and permeating the wood (which is actually very pleasant) and the only noise comes from conversation. Although Finnish people are know for being reserved and unlikely to really talk to strangers this all changes in the sauna, which are known for being the quite the social hubs in Finland.

So you’ve probably heard that the Finnish people are not shy and usually prefer to sauna sans-bathing suits. Most public saunas offer single-sex sauna rooms for this purpose (and then a mixed sauna room for body-shy tourists and the like). 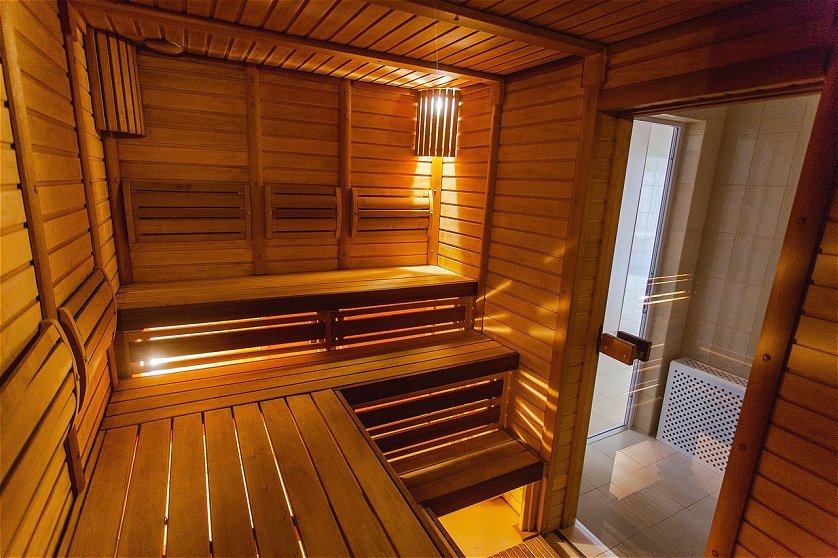 Allas has the same set up but as we only ever visited the mixed-sex sauna I can’t tell you for sure whether people were mostly nude in the single-sex saunas.  I would assume that as Allas is popular with many non-Finns that most people wore swimming costumes.  It is also of course mandatory to wear them in the outdoor pools so sauna-ing (is that a verb? …probably in Finland) naked would then involve a change every time you wanted to cool off, which is just impractical really.  Speaking of which…

The whole thing about saunaing then jumping into the freezing cold Baltic sea, yes that’s a thing, and yes it is simultaneously as painful and exhilarating as you might imagine.

The cool thing about Allas is that even though you’re in the middle of the capital city you can still have the wild sea swimming experience… which normally you’d have to be out in a more rural area to do.  Of course you can’t just jump into the Baltic sea because the harbour is right there so they’ve set up a pool of water directly from the Baltic sea next to the much more inviting looking heated pools. 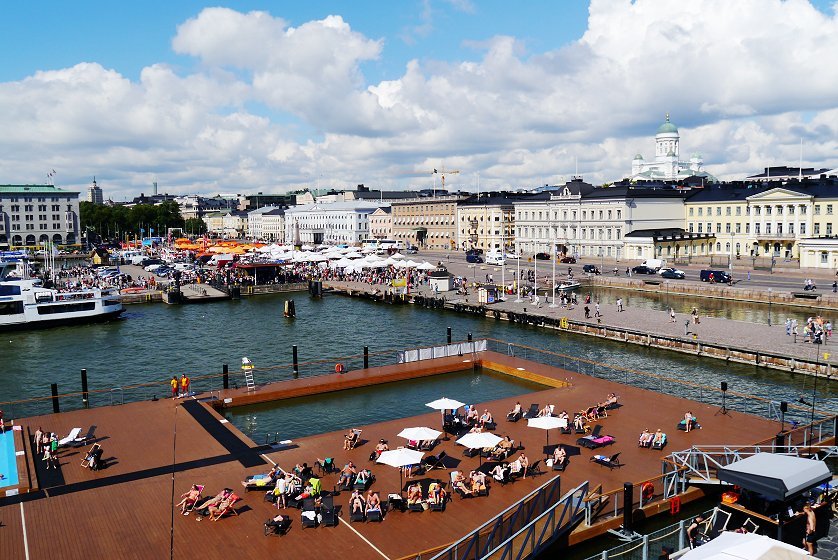 You’ll notice that even on a warm day like the one when we visited there was almost nobody in the sea pool.  It’s not that people don’t get in it but they tend to climb the ladder down in and promptly reappear after submerging themselves for a grand total of 2 seconds. Yes it really is THE COLDEST water I have ever experienced, perhaps made even worse by the warmth of the sauna you have come straight from.

However, when in Finland it seems only right to try these things… I did get in the sea pool and then, being a glutton for punishment, I got in again after another sauna session.  Plus I swam two lengths, which although it sounds feeble, I did not witness any of the Finnish people do.

I like to think I am an honourary Finn now… after all I think that is what you have to do to pass the citizenship test. 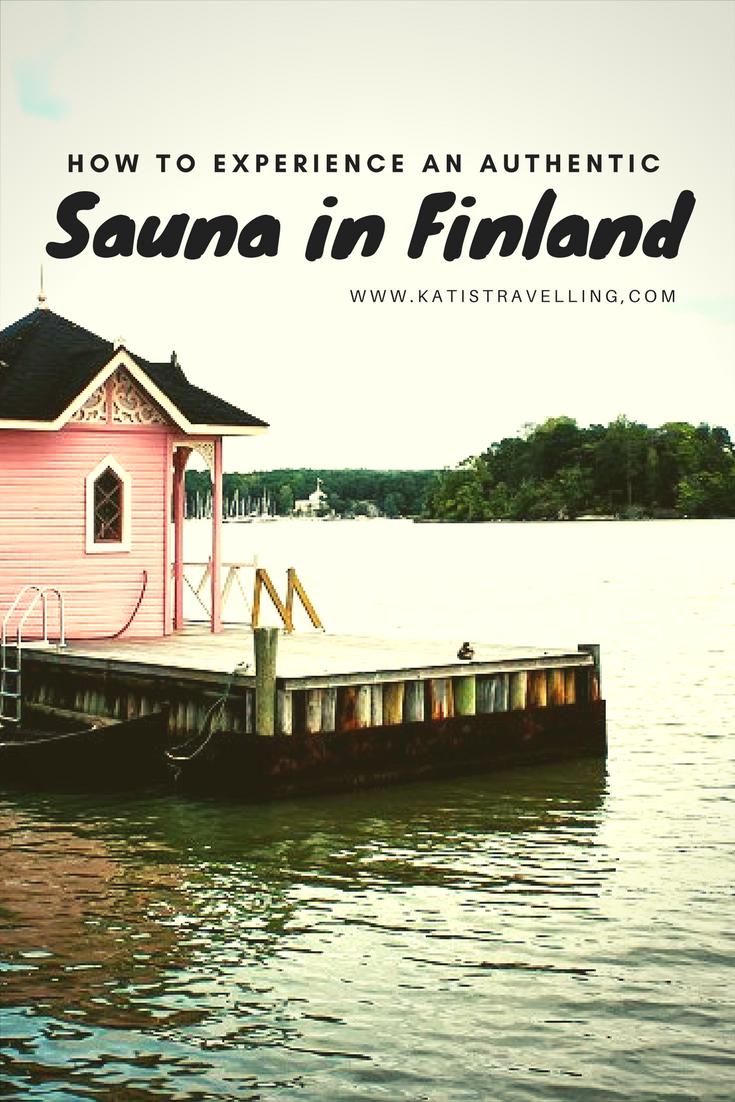 Plan the perfect holiday in Australia for your travel style

Ok, this is something I would like to try. Have to admit I am not a fan of changes in temperature (and do not like cold water) but have to try it for sure. #FlyAwayFriday

It’s a truly unique experience… I found it quite exhilarating (which I guess is why the Scandianvians also love it?) I’d recommend it! 🙂

You’re brave for getting in the sea pool multiple times. I don’t think I would be willing to do it more than once. #FlyAwayFriday

Haha it was quite a rush! Got to get my adrenaline fix somewhere 😉

Finland looks amazing. Thank you for sharing your experience. Looks like it’s the best place for a sauna experience 🙂
#flyawayfriday

Finland was so cool and definitely the best place to sauna… problem is I can’t find anywhere else as good so I don’t know how to get my fix now! Eek.

I’d love to try this, and I had no idea that the word sauna came from Finland! I’m glad to hear there are options for people that are a bit shy. I’m the same way and going to the hot springs in Japan where nudity is a must was quite an experience for me…!

Wow I’d love to go to the hot springs in Japan but had no idea about the nudity… I’m surprised! I think they have to cater for other nationalities who are not quite as used to just stripping off in public haha!

I’ve done a traditional bathing experience in Switzerland and loved it. This sounds so great. Well done for staying in the cold pool for two laps… two laps! Amazing. #flyawayfriday

Ah so cool! I would definitely check that out in Switzerland.

Ok, I freaking LOVE saunas and that looks amazing. Probably I’m from Japan where hot springs are a big part of the culture! Thanks for joining Fly Away Friday – hope to see you again this week! xo

After Finland I so wish that hot springs were a part of the UK culture haha!

This looks great and the perfect detox for travellers. I need to give this a try. Hope to see you this week on Fly Away Friday!