One of my favourite places visited on our tour of Southern Finland in the summer was by far the quietest and smallest of our three stops… however I was surprised to discover it is actually the most populous inland city of all the Nordic countries!  We also found it to be surprisingly full of activities that we then struggled to fit into our short stay and I left with a sense of having discovered somewhat of a hidden gem destination of Europe.

Now I’m torn between recommending Tampere to everyone and wanting to feel part of a small group in the know who’ve also stumbled across this little wonder… but my generosity (or need to enthuse to anyone who’ll listen!) has ultimately won out.  So if you’re heading to Finland and have the time, be sure to travel a little further afield than Helsinki, trust me it’s worth it when you see all of the things Tampere has to offer. 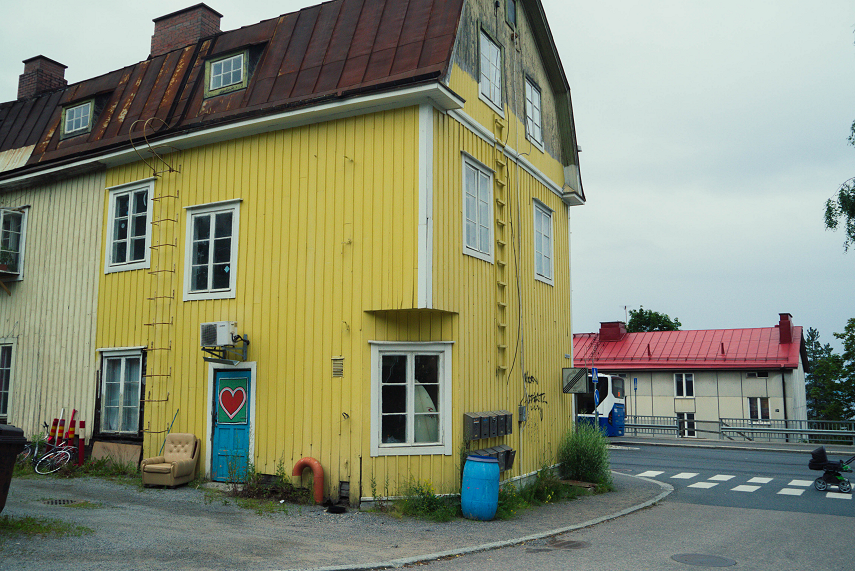 When we first researched things to do in Tampere I discovered the Spy Museum.  We didn’t particularly seek out museums on this trip as we were limited on time and am at the stage where I have been to so many museums I only pack them in if they are something particularly unique or on a subject I’m really interested in.  Having never been to, or even heard of, a Spy Museum though we made an exception and ended up here as our first point of call (although this was somewhat of a scheduling accident, it was just very close to our airbnb).

The most obvious thing we noticed on entering the museum was that it was PACKED. Although there appeared to be nobody in Tampere, everyone was in this tiny museum, which only really consists of a few rooms. You are given an entire folder of information at the desk in whichever language you require but there is both Finnish and English snippets on the exhibition signs. My only complaint about the binder was that there is actually too much information and it is all so interesting. I especially loved the case studies of famous spies at the end which went on for pages and pages and I just had no time to read more than a few of without having been there all day. I wish I could’ve asked the lady at the desk if I could take the binder home… maybe they should sell the binders in the shop, I probably would’ve bought one!

Not only is the museum really informative for adults there are some fun activities to keep kids (or young at heart adults) entertained, such as secret doors that pull back into hidden rooms, room-tapping devices you can test out, games where you can try to crack codes or hack into computers… it’s an unreasonable amount of fun.*

*Note that sadly you cannot take photos so I can’t convey this, probably because of all the super secret spy equipment they have 😉 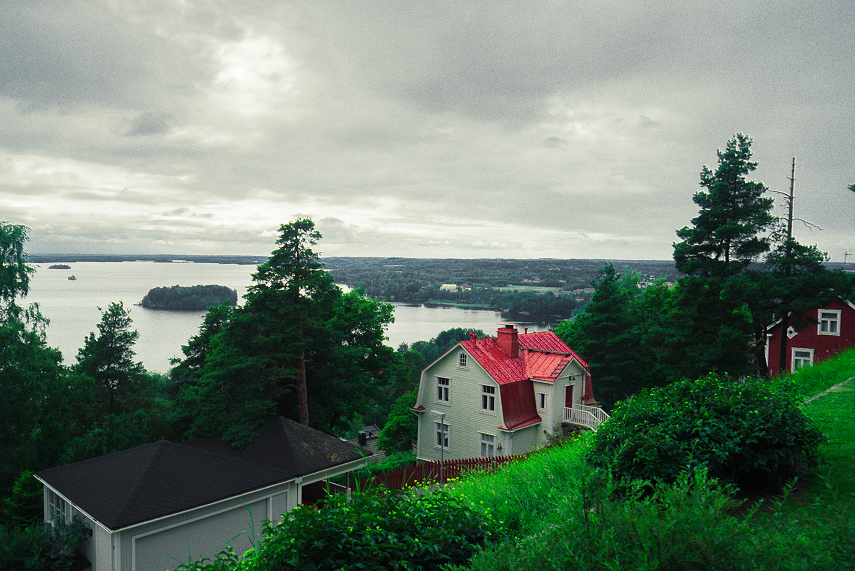 Pispala is an area of Tampere a little way from the city centre but easy to reach by foot within an hour and worth the walk as it’s a rather nice journey wandering through the streets, and central forest area, of the city.

Pispala is on the northern slop of the highest esker in Finland and without too much difficulty you will find the famous Pispala stairs, taking you all the way to the Pispala ridge for a dramatic view over Tampere. Luckily the stairs are not too strenuous (although steep!) but as you’ve made the effort to climb all the way up there it’s worth taking the time to wander through some of the little streets at the top and admire the gorgeous Finnish houses.

It’s also worth noting that Rajaportti Sauna, the oldest public sauna in Finland, is also located on one side of the ridge if you fancy a very traditional Finnish experience!

Related: How to have the ultimate Finnish sauna experience 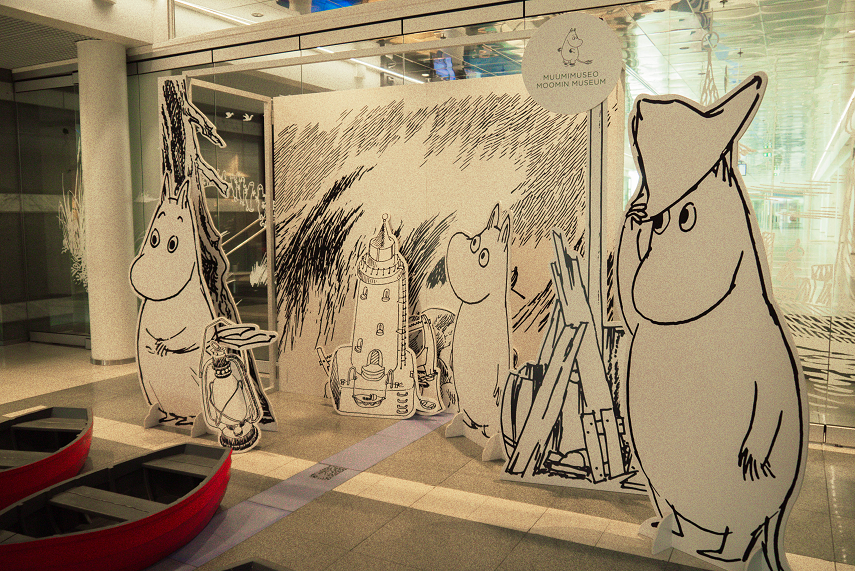 Visit the world’s only Moomin Museum

The Moomins are one of Finland’s most famous exports and I for one am mildly obsessed with them and their hippo-like marshmellowy forms… so cute.  We were very lucky that we got to visit what claims to be the world’s only dedicated Moomin Museum in Tampere, as it has just moved location (it used to be part of the art gallery) to it’s own dedicated building in summer 2017.

They already had the permanent exhibition open, which was extremely impressive.  It included not only many of Tove Jansson’s incredible intricate sketches from the comics and books but also the large and detailed models that her and her partner Tuuliki Pietila made at their summer home on an island near Helsinki. There is so much to see that it can take you several hours to go around it all in depth… we were somewhat overwhelmed by it all! 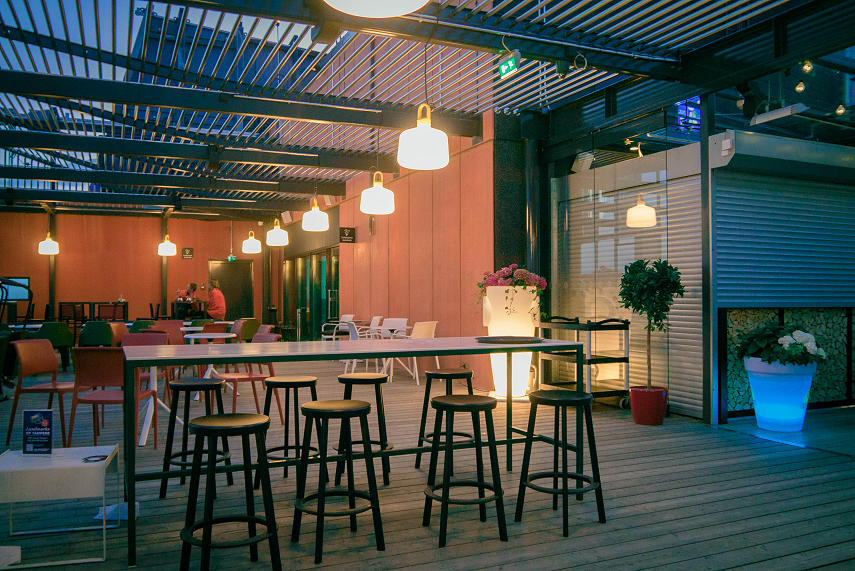 Take in the view at the highest bar in Finland

True that most cities now have a sky bar or some kind of viewing platform and Tampere, not being a city of high rise buildings, might seem like an odd choice for both this AND a revolving sky high restaurant (Näsinneula). However the relative flatness of Tampere means that as soon as you start ascending any of these buildings you are actually able to see for miles and miles on a clear day.

There are a couple of reasons I’d recommend Moro Sky Bar over Näsinneula… firstly it’s much more centrally located, right behind the train station on the top floor of the Sokos hotel.  Secondly it is the highest bar in the whole of Finland, so there’s something to tick off your bucket list.  Lastly the decor and atmosphere is really cool, typically Nordic, but I love the touch of having the outdoor terrace with open roof but glass walls from top to bottom and heaters to keep the warmth (yes even in the summer it is freezing at night and we’d had enough of outdoors rooftops in Helsinki to last us a long time by the time we got to Tampere!)

A trip to Moro also means you only have to buy a drink to enjoy the views and not an expensive meal, although Näsinneula does have the advantage of revolving – a fun novelty but one you can find in other cities too. 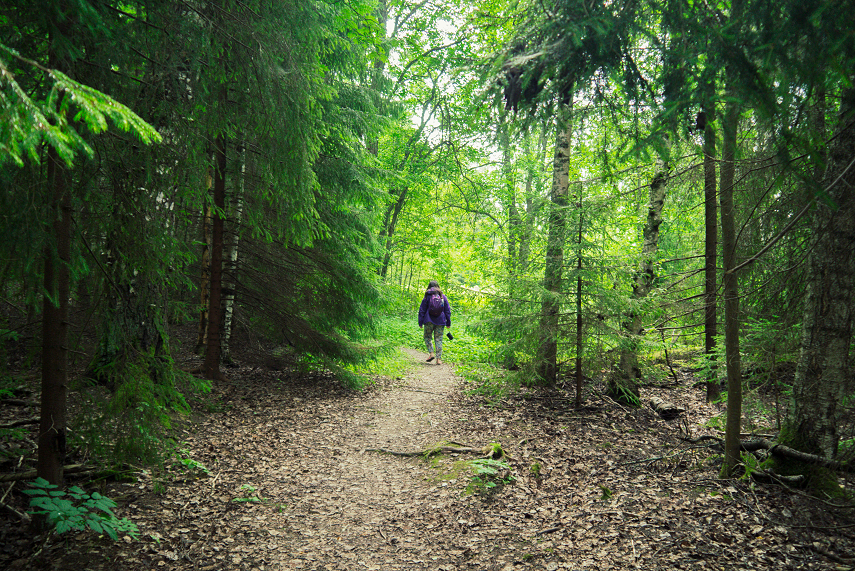 Get back to nature at Viikinsaari Island

Although Tampere’s not exactly the kind of bustling city you need to escape from if you fancy experiencing a really secluded bit of Finnish nature then I’d recommend taking a few hours to hop on a ferry to Viikinsaari Island. There’s not much here except for stunning views and beautiful forests, a little chapel and a restaurant/wedding venue/tea shop but honestly what more could you need?

Spending an hour here will give you enough time to walk around the whole island at a leisurely pace, extend it to two and stop for a spot of lunch or take a swim… I mean the water is probably freezing but we did see someone braving it (probably Finnish). it’s a really wonderful place to just breathe in some of the cleanest air you’re going to get and switch off from the rest of the world. 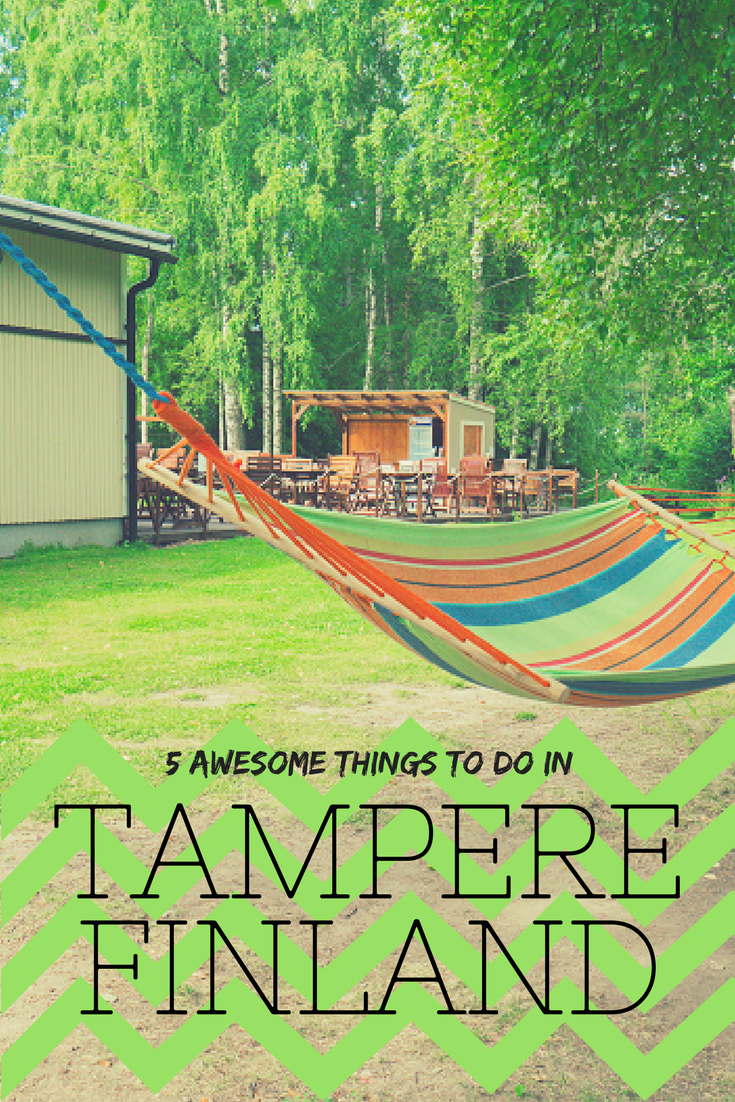