Merry Christmas folks!  It’s been a hot minute but this time of the year is always incredibly busy so I should’ve predicted that my resolution to post more frequently would fail miserably. I fully intend to use my Christmas break to get ahead of myself with some content for next year though because I am soooo behind and I have a super exciting trip coming up in March (which you’ll have seen me talk about on Facebook and Twitter if you follow me over there).

Enough of the chit-chat I’m here to share with you my whistle stop trip to Zurich earlier this month. We actually managed to squeeze all of this in to one weekend – that’s right, no time off work just a super early flight on Saturday and late back on Sunday! Of course it coincided with the only snow the UK have had all year so fun travel chaos ensued on our return but it was nothing compared to the snow we experienced in Zurich.  To say we were unprepared might be an understatement… 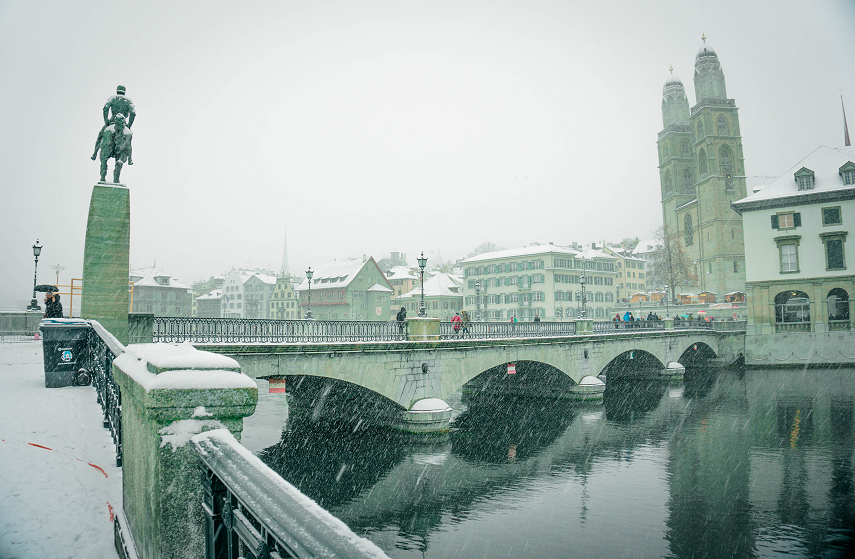 Our main reason for visiting Zurich in December was of course for the Christmas markets! The main one is undercover in the Central Train station building and is lined with hundreds of little wooden cabins selling crafts, gifts and some incredible looking food and drink. 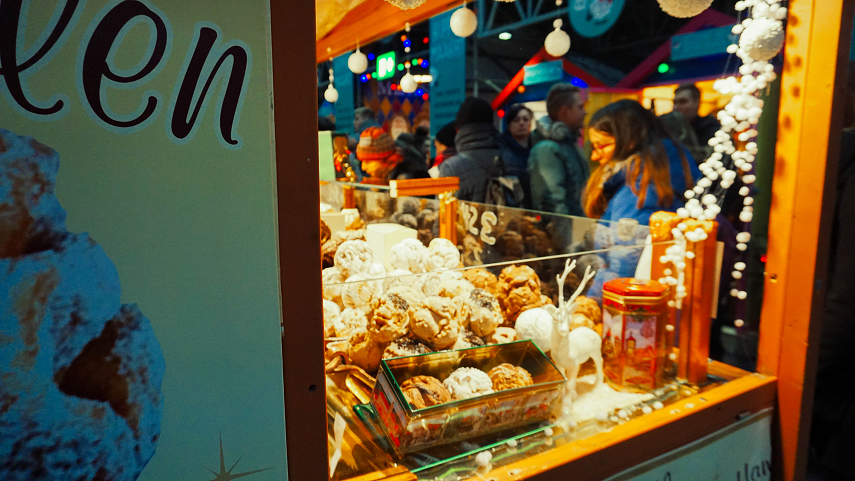 Even if you don’t fancy facing all the people just to fit in some last minute Christmas shopping you’ll want to see the main spectacle… which is the huge Christmas tree which is lavishly decorated with Swarovski crystals! 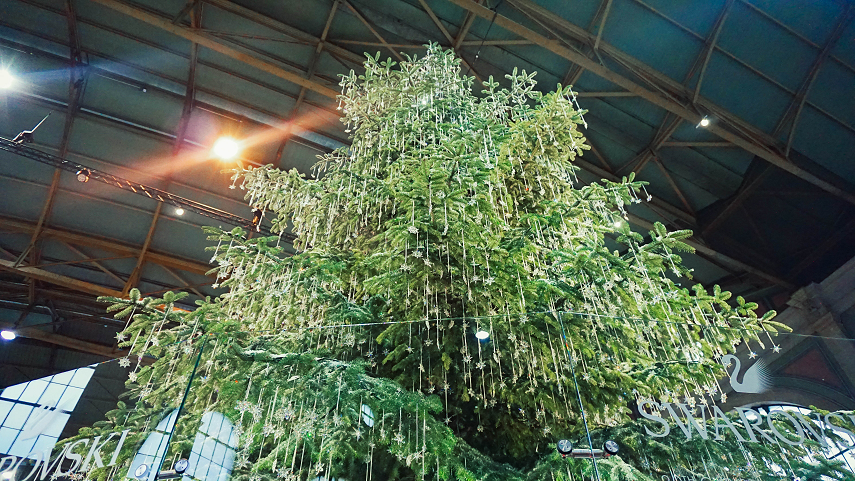 Uetliberg is where you want to go to experience the Swiss mountains in a location that won’t take you too long to get to from the central station. Hop on the train and you’re there in 20 minutes max. The train station is right next to a short path that you climb up to the top of the mountain and from there you can scale the viewing platform (it’s a little scary even for someone now scared of heights as it does look kind of like a telephone pylon) to get you to the highest point with an incredible view of the surrounding mountains and over the city of Zurich. 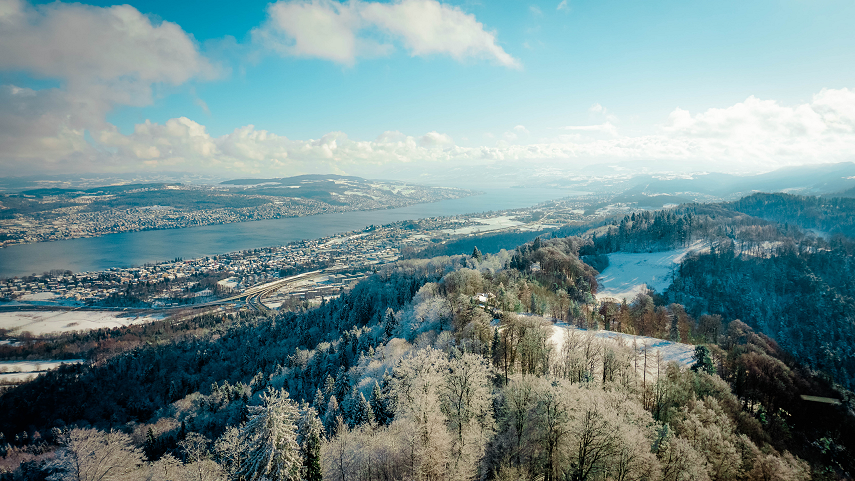 You will notice many of the locals on the train with their skis and sleds in the winter time so if you’re into winter sports it seems to be the place to practice on some little slopes, however just the climb up the viewing platform in the strong winds was adventurous enough for us! 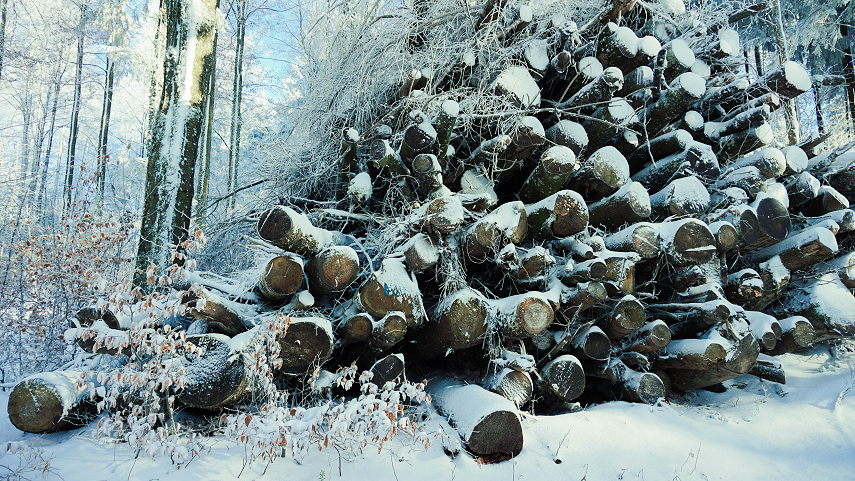 Discover the history of Zurich on a free walking tour

The best way to take in an overview of the city and learn about some of the places you’ll have walked past but not thought twice about is to join one of the free walking tours. This is something I pretty much do in every city I visit so I’ve been on quite a few of these now and the Zurich one was particularly good. 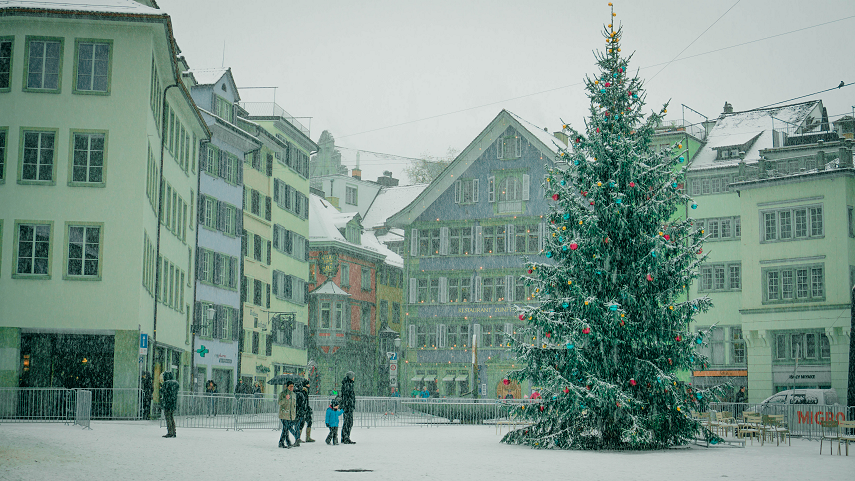 There are a lot of places visited that we never would have found ourselves and that offered some great views of the city for photos – unfortunately not really demonstrated by my camera as it was snowing so heavily that day everything ended up quite blurred! 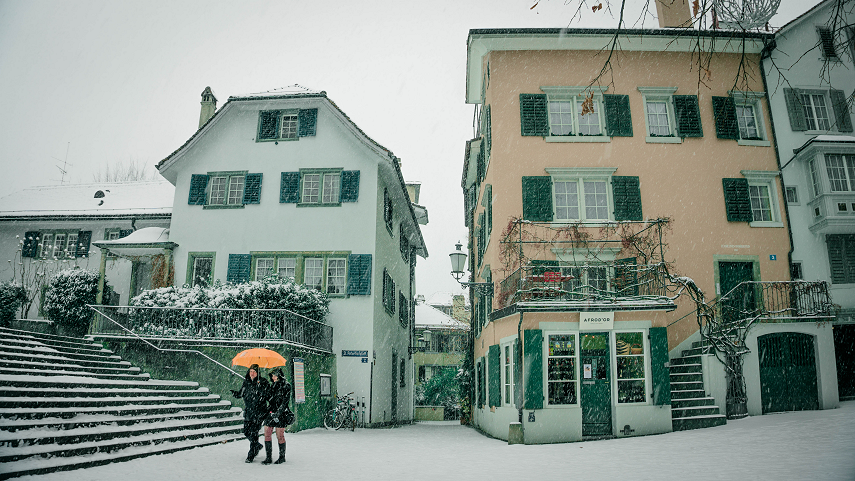 When it comes to food in Zurich you’ll notice a particular fondness for fondue and, whilst you’ll see it on a lot of menus, there’s nowhere better to try it then in a snowy lodge in the mountains if you’re heading up to Uetliberg anyway! Gmuetliberg, the restaurant next to Uetliberg railway station is so known for it’s cheese fondue that they even have a special fondue eating area inside! Served with bread and a bag (!) of potatoes it’s a lot of cheese but good for filling up on for the rest of the day! 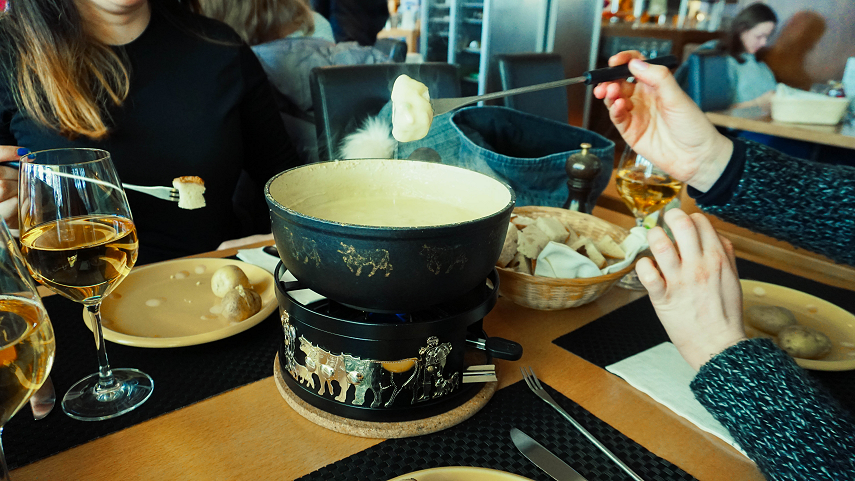 Need a little pick me up in between all of that Christmas shopping? Stop for a little treat at Cafe Schober, a century-old cafe famous for its hot chocolate and lavish Christmas decorations. You might have to queue for a table, especially at peak times, but it’s definitely worth it. 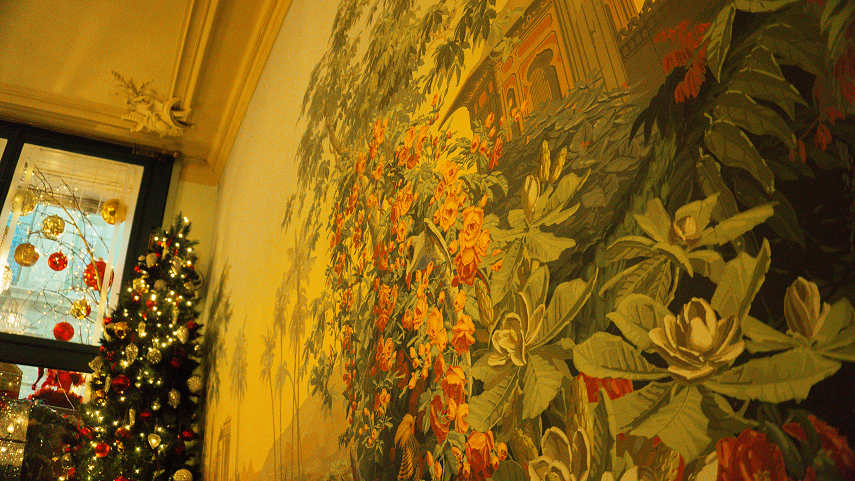 For a traditional Swiss dinner you can’t go wrong with Zeughauskeller, which regularly appears when you search for the best places to eat in Zurich. It’s a historic building with big oak beams and historical artefacts with a nice vibe to it… there’s a lot of open seating and kind of feels like being in an old brewery-style pub.  Speaking of which they are big on beer and also meat (they do have a couple of veggie options though so long as you’re not fussy and I can vouch for the Swiss-style mac & cheese… more cheesy potatoes? Of course). 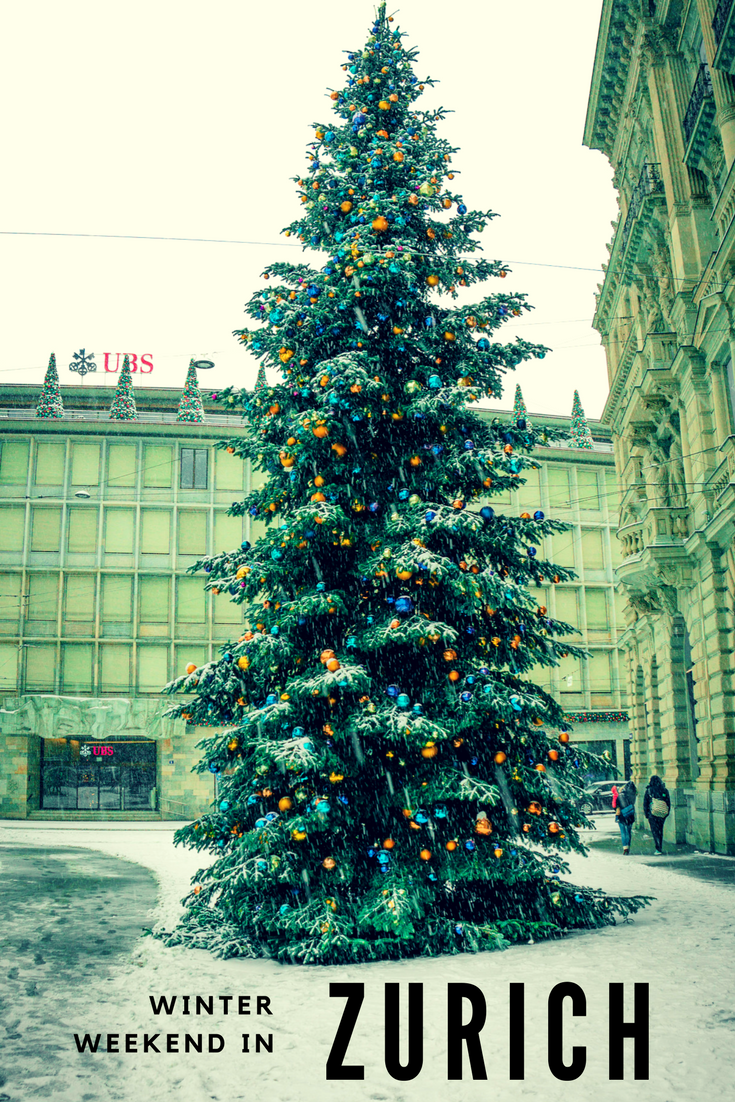