A guide to solo travel in Lake Como

Back in the summer I took a solo jaunt to Milan for a few days and whilst I was there I figured I’d be silly not to hop on a train to Lake Como. The Italian lakes are one of the most popular destinations in Italy and with their reputation for being one of the most beautiful places in the world I had to see what all the fuss was about!

There was just one problem… like Paris, Lake Como is a destination known for being romantic. In fact it is a popular honeymoon destination, so solo travel there was bound to be awkward right? Wrong! There are actually loads of reasons that you absolutely should go in alone in Lake Como! 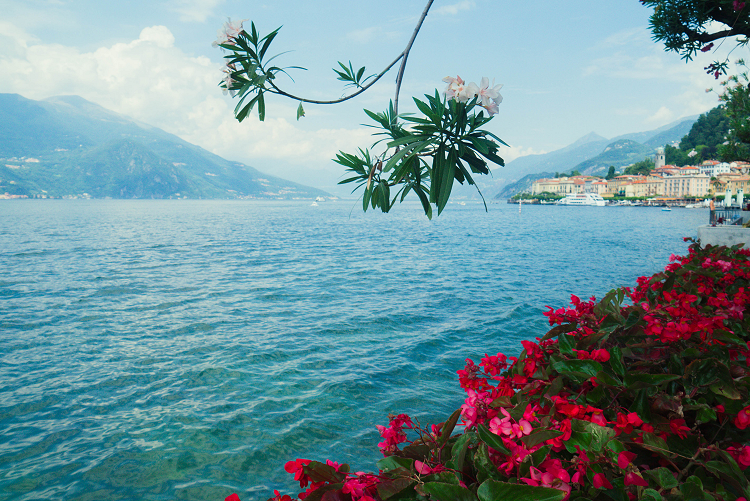 Getting to the lakes from Milan involves only one train ride!  It is quick, super easy and the Italian rail network is straightforward.

Once you arrive in Varenna it is also easy to navigate between the different towns around the lake using the ferry system.  You buy your ferry tickets from a person at the terminal so if you get stuck they will be able to advise you as to which ticket you need to get to your destination.. they probably speak to more tourists on a daily basis than Italians!

How to do a day trip from Milan to Lake Como 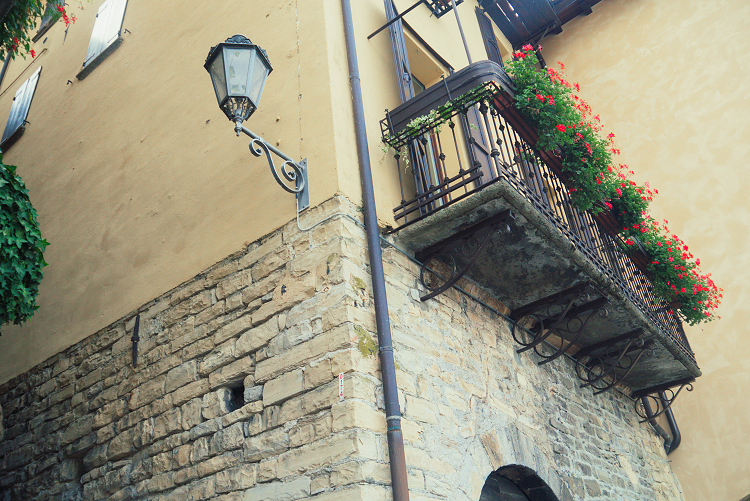 While there probably isn’t enough to keep you occupied for a week’s holiday in Lake Como (unless you’re looking to just relax and enjoy the beauty of the place, for which I wouldn’t blame you!), there are plenty of different towns around the lake to visit and enough activities in each to keep you occupied for a few days at least. If you’re taking a day trip and plan on hopping between a couple of places you’ll definitely have more than enough to fill your time! 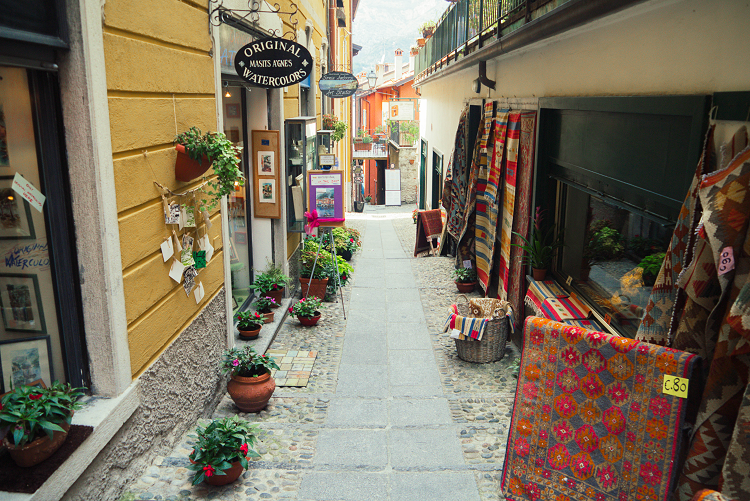 The most obvious activity (aside from eating) is shopping. There are a ton of small little boutiques and shops selling handmade crafts that make for a pleasant afternoon of browsing – I managed to find a gem or two amongst the more touristy items! 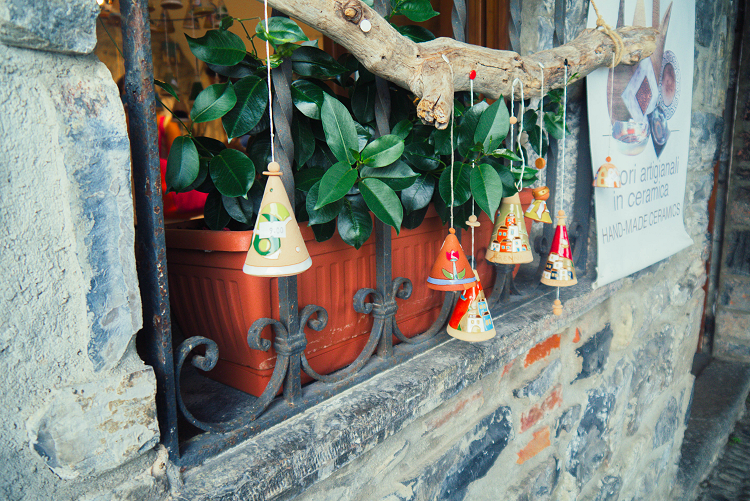 It is however worth getting away from the main streets and wandering around the backstreets for a real sense of the place. One of my favourite things about Italy is the beauty of the architecture, the buildings adorned with flowers, the brightly coloured buildings and ornate balconies… it just makes everything look so picturesque! 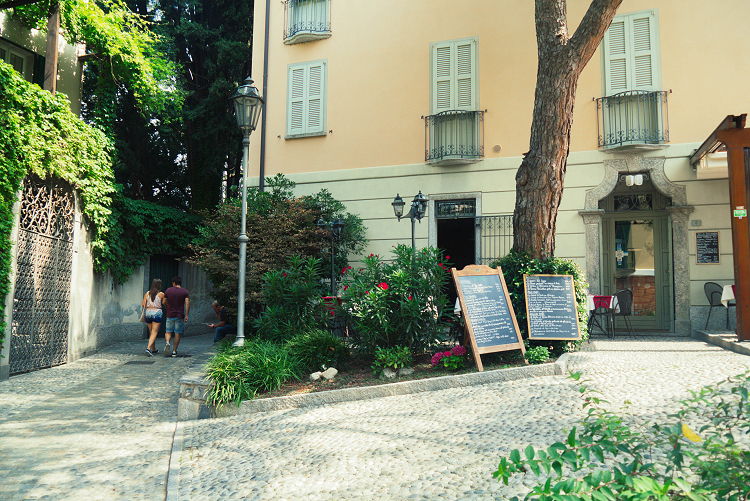 There are also plenty of churches to visit and a few castles and villas dotted around that are a bit like the equivalent of UK stately homes (ie. you can go in and nose at the furniture) they just have better views. Villa Monastero in Varenna is a great example – although I did not have time to go inside myself it is something I would have made time for had I known about it beforehand because it looked stunning from the outside! 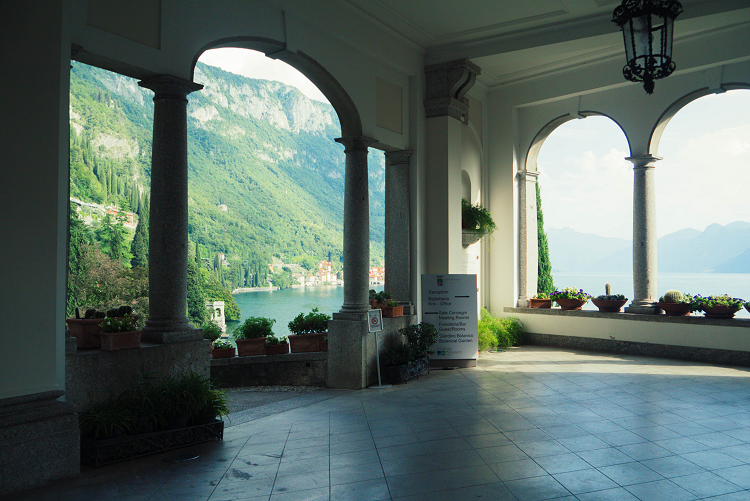 Lake Como left me feeling super safe as a solo female traveller… in fact I would rate it as a safer place to be solo than even some of the big cities in Italy. The Italian lakes are definitely a big tourist draw and while there may not necessarily be more tourists the ratio of tourists to citizens felt a lot higher. This inevitably has led to people everywhere speaking English and being much more willing to help you out than I have found in other parts of Europe.

Where’s the most surprising place you’ve found to be solo traveller-friendly? Let me know in the comments! 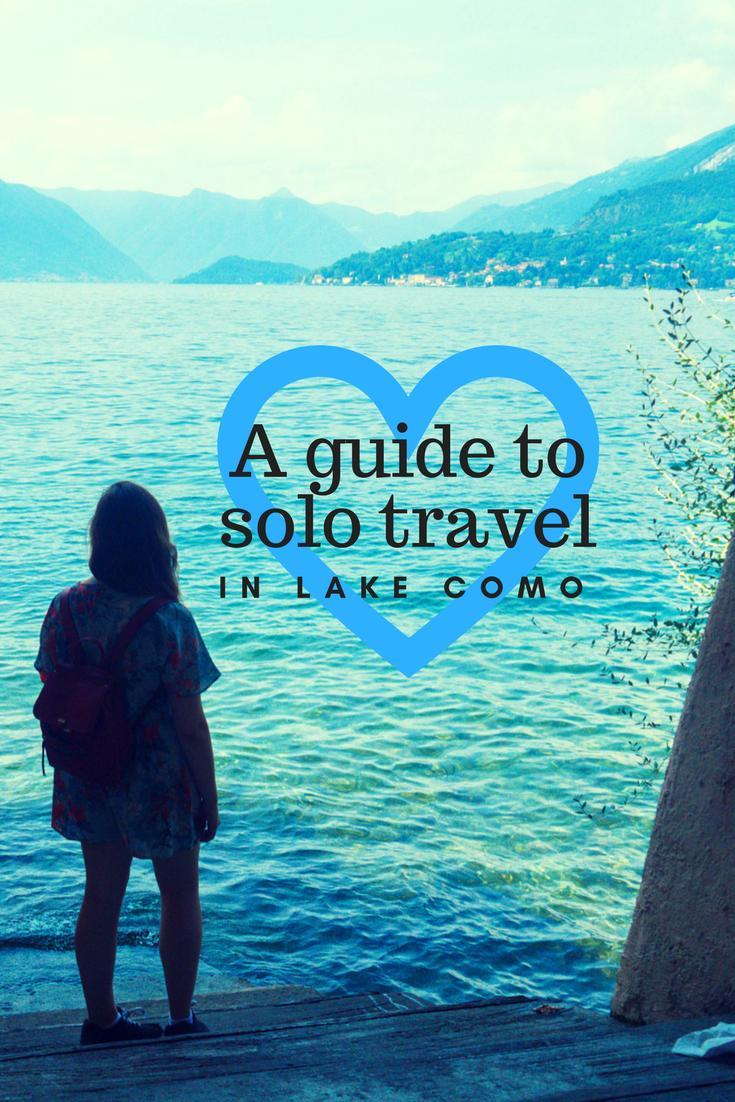 Why you should choose the Algarve as your next holiday destination

I studied abroad in Florence and this is making me wish I would have spent more time in the Northern part of the country. Gorgeous photos! Might have to take a trip back sometime : ) #flyawayfree

Oh wow, I haven’t been to Florence yet but would absolutely love to go… Italy is one of my favourite places, just such a beautiful country – always good to have an excuse for another visit 🙂

Great solo guide! Lake Como seems like a great place to travel solo. I personally would be happy admiring the architecture and hopping into a couple of the boutiques!

There are some adorable little boutique shops there, definitely worth a wander!

Love this post! Lake Como looks so beautiful! And now that I know it’s great and safe for female solo travel, I’m thinking about planning a trip!

Thank you so much Melina, it is such a beautiful place I would absolutely recommend it!

Italy is such a beautiful place and great for those travelling solo. I did a few trips there and thoroughly enjoyed the ambiance as someone alone. I love Lake Como. Such a beautiful spot. Thanks for coming to Fly Away Friday! See you this week!

Yes, I have been to Italy before (although not this part) with someone and I thought it might be an awkward place to travel alone for some reason… there are a lot of couples. However I was super comfortable and actually took in way more of the scenery than if I’d been with someone else! 🙂

I live in Lake Como, Bellano is a town just north of Varenna, easy to take the train when you are staying on the Lecco Side. If you are into Kayaking, Windsurfing and Kitesurfing try Dervio for a day. Quite a few hikes to join in Lake Como as well. Bring really good walking/hiking shoes!

Oh thank you for the tips, this info will be super useful when I go back to Lake Como (hopefully it will not be too long until that time!) You are so lucky to live in such a beautiful place.

I’m a female solo traveller and will be spending a day and night in Lake Como. Can I ask where you stayed?

Hi Melissa, I actually didn’t stay overnight in Lake Como I just took a day trip from Milan so I’m not sure about specific accommodation but area-wise Varenna is lovely and easy to get to by train from Milan, it also makes a great base to explore other areas around the lake. It’s such a beautiful place and great for solo female travellers! I hope you have a wonderful time!

The pictures look amazing. I like it that you keep safety of a traveler in mind white writing. Thanks for the post.