So as you may know the UK has been having somewhat of a snow crisis this past week. I am starting to feel like I’ve seen more snow in the last 3 months than I have in my whole life considering my wintery trip to Zurich in December and the snow during my 2 days in Gdansk in January! While I was somewhat looking forward to the cold season this year having spent parts of the last two winters definitely snow-free in South Africa and Australia respectively this year might have gone a bit far. I am more than ready for Spring now and my trip to Sri Lanka in a week’s time!

Speaking of, this post is long overdue so let’s just get going with it… Gdansk was somewhere I booked to go on a whim. I hadn’t been to Poland at all before so had no idea what to expect but what I discovered was a city full of interesting history, beautiful buildings and friendly people. Even in such a short space of time, Gdansk managed to move Poland way up my list of countries I need to explore! 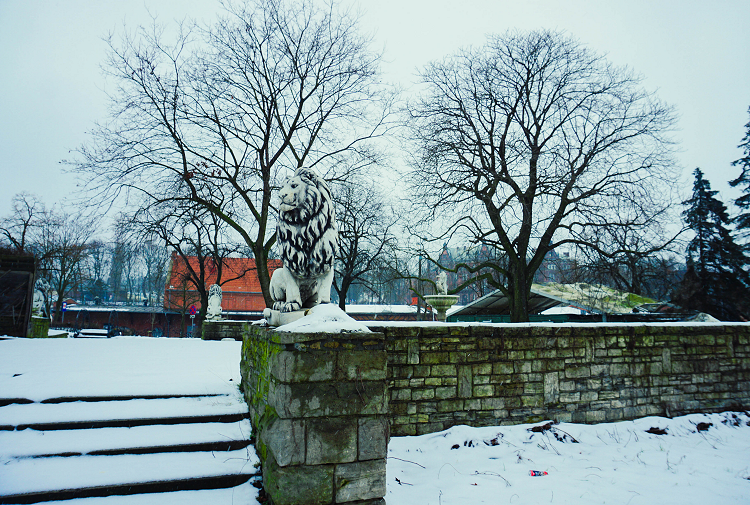 When you do a quick internet search the number one Gdansk attraction that will most likely appear is a street… which kind of implies there’s nothing to do in Gdansk right? Not true, it’s just a really picturesque pedestrian street that happens to be the gateway to most of the other things you’ll want to put right at the top of your to-do list. 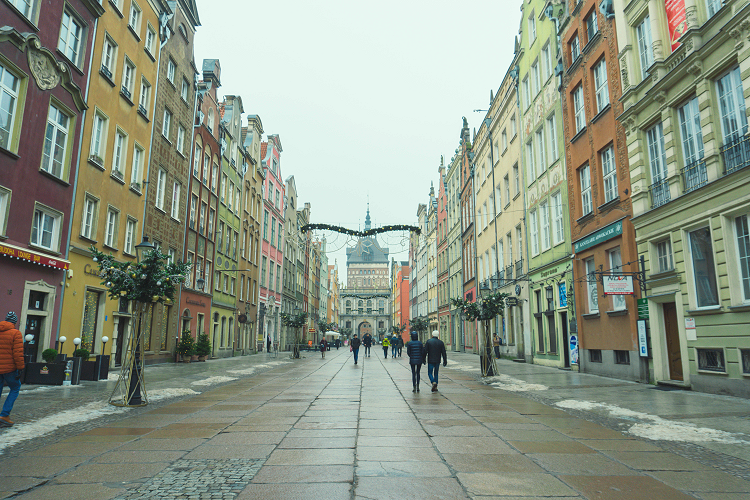 If you only have 2 days in Gdansk then head to Long Lane and you can’t go wrong, most of the really important stuff is along here somewhere.  It is home to the Golden Gate, Green Gate, Long Market, Neptune’s Fountain, Artus Court and St Mary’s Church (all of which I’m about to mention) as well as having a smattering of cute little restaurants, cafes for you to pop into for sustenance between your sightseeing adventures.

You will most likely stumble across Green Gate by accident, as it is one half of the gates that mark Long Lane, Golden Gate being the one at the top of the city and Green Gate the one separating Long Lane from the bridge that crosses the Motlawa River. 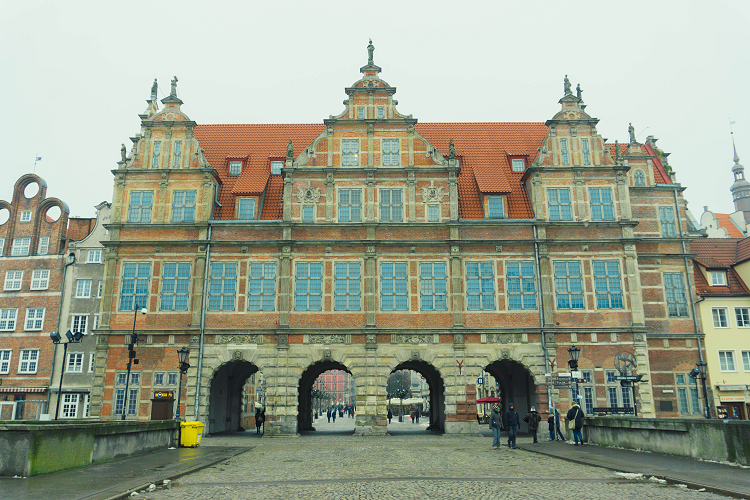 It might look like just a pretty building but there is a lot of history contained within as the gate was built as the former residence for the Polish monarchs. These days it is home to the National Museum in Gdansk. The office of the former Polish President Lech Walesa is also inside which, after a visit to the European Solidarity Centre, is something you’ll definitely want to see!

Long Market is a hub area situated in the middle of Long Lane and, whilst it is not much wider than the street itself, there is definitely a square-type feel made more prominent by the location of Neptune’s Fountain in the middle. The Gdansk town hall is also closeby, which is a usual signifier that you are at of the centre of a city’s action. 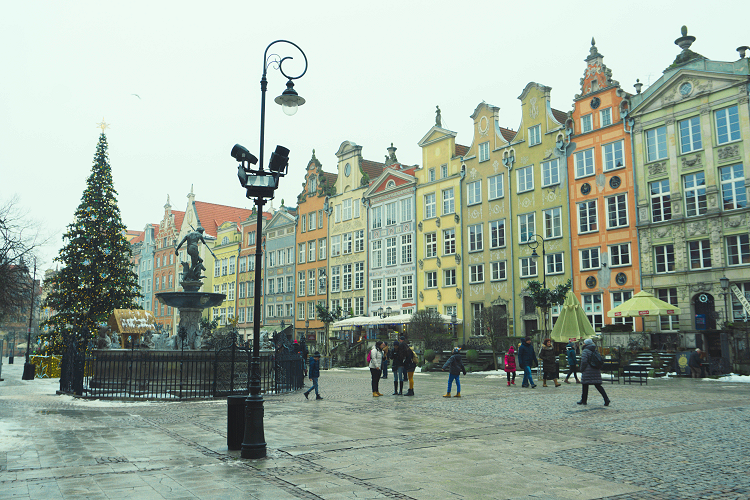 Historically (and probably also now) this area was home to the richest people in the city, which is not hard to surmise from the ornate, beautiful townhouses. Lots of the buildings here have their own fascinating history, including the Artus Court, formerly a meeting place for merchants and the aristocracy. It is open for visitors and worth a look inside for the lavish interiors and big gothic hall, much of which was restored after it was damaged in the second world war.

This Roman Catholic church is a bit of a marvel. The exterior gives away no clues to the beauty of the church inside and yet it is also not as you would imagine a typical Roman Catholic church. All of the marvel comes from its simplicity and vastness as there is little lavish decoration. The beautiful vaulted gothic-style white ceilings and minimal wooden decoration are the defining features. It actually reminded me a lot of many of the churches we visited in Norway and Iceland and for the reason, along with its medieval style, I think it is absolutely gorgeous. 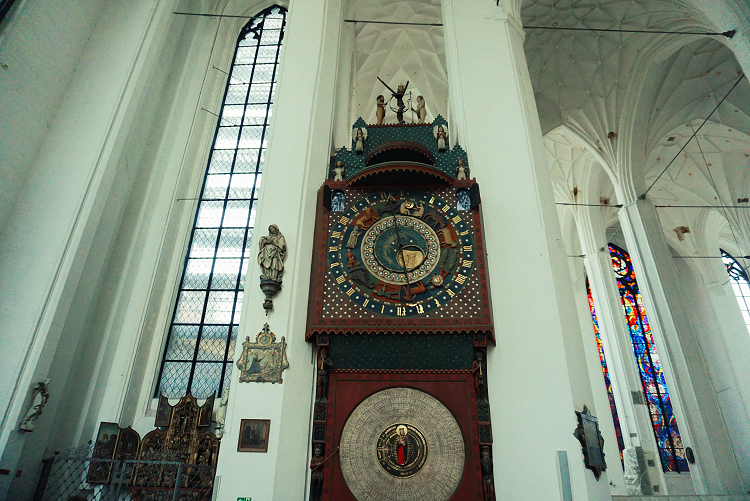 St Mary’s is one of a handful of the largest brick churches in the world, which is not surprising at all once you are inside because the ceiling seems to be miles above you. The tower is 82 metres tall and is the dominating feature of the Gdansk skyline. The best part is… you can climb it for the highest view in the city! 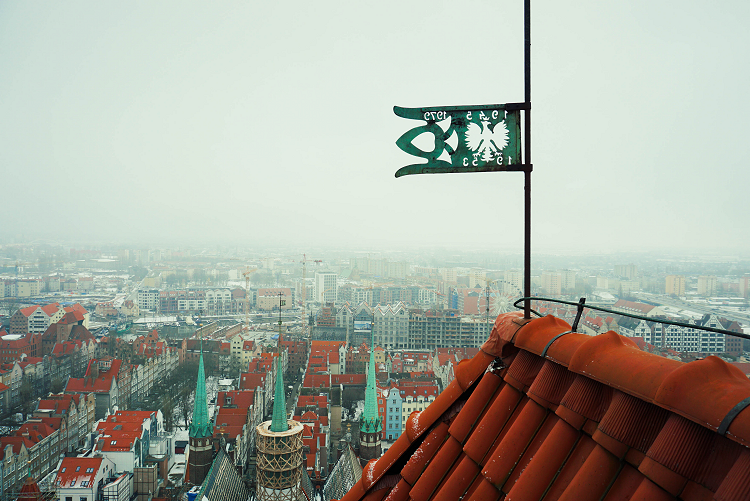 A little sidenote here, you need to be relatively physically fit because there are 410 stairs but even more importantly if you’re not good small spaces it might be best to avoid this activity. If neither of these things bother you, I’d really recommend it as not only do you get a great view at the top but you also feel quite the sense of achievement!

If you only do one thing in Gdansk this is the one I’d recommend. It turned out to be the last thing I did on my trip as the museum is located on the other side of town but quite close to the train station, which makes it ideal for visiting on your way to/from the airport (just make sure you leave enough time, it takes around 2.5 hours to see everything). 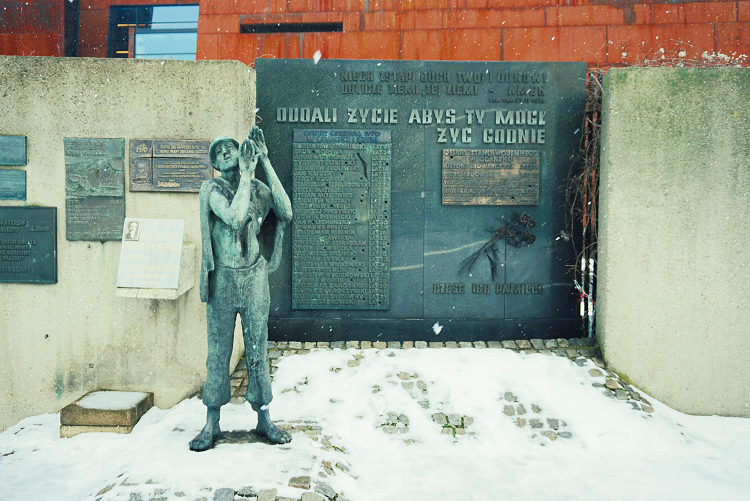 This museum is all about one of the most important pieces of Gdansk history and something I knew very little about. In 1980 there was a strike at the Lenin Shipyards in Gdansk that eventually led to the forming of the Solidarity political party and the end of communist rule in Poland. This museum tells that story in incredible detail and in such an imaginative and interactive way that you can’t help but be completely engaged. 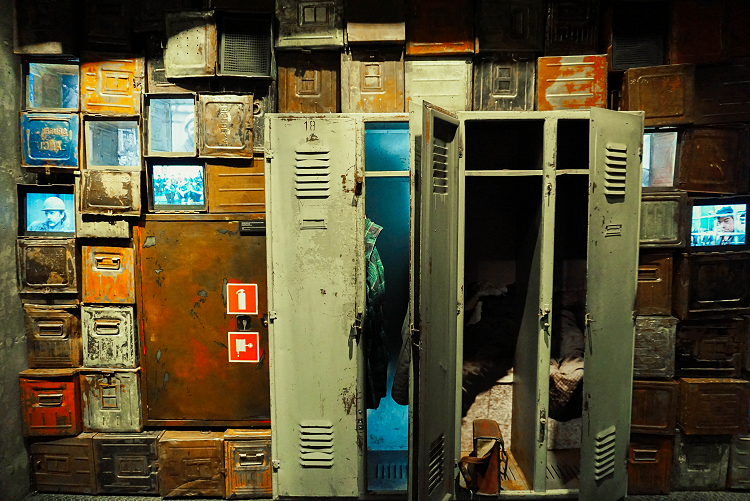 There is an audio guide included in the entrance ticket price which works via GPS and guides you around the different areas of the exhibit, explaining everything to you, and then additional information displayed around the artefacts. They also have a lot of video footage which is fascinating to watch. It really is one of the best museums I’ve ever been to and, because there are a lot to choose from in Gdansk, if you’re short on time this is the one to prioritise. 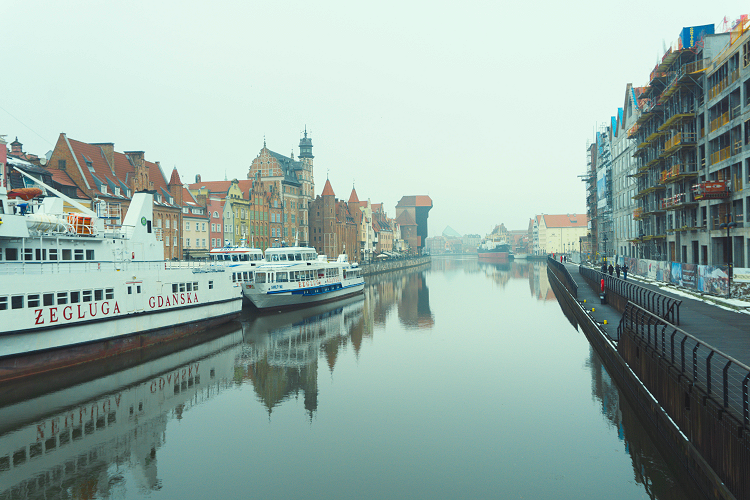 If you are visiting for an extra few days…

Gdansk has such a rich history for such a small and quiet city due to the part it played in the Second World War and the Solidarity Movement which brought about the end of communist rule. As such there are a lot of museums that you could easily spend days visiting (and I happily would have had I had the time!) Just a few of those you might want to check out include…

If you fancy seeing a little bit more of what is termed the Polish tri-city (Gdansk, Sopot and Gdyina) then Gdansk is a great starting point and place to stay to explore the wider area.  Sopot and Gdyina are both easily accessible by train in a day and will give you a taste of the Baltic seaside.

They are probably more appealing in the summer, when flocks of city dwellers head to the beach to soak up some sun and enjoy the famous Polish ice-cream. However, I did manage to squeeze in a day-trip to Sopot in January and I would suggest it’s worth a visit at any time of the year… there were still plenty of people out for a bracing walk along Europe’s largest pier.

After my trip to Gdansk I definitely plan on exploring more of Poland in the next few years… any recommendations of where I should go next? Let’s chat in the comments! 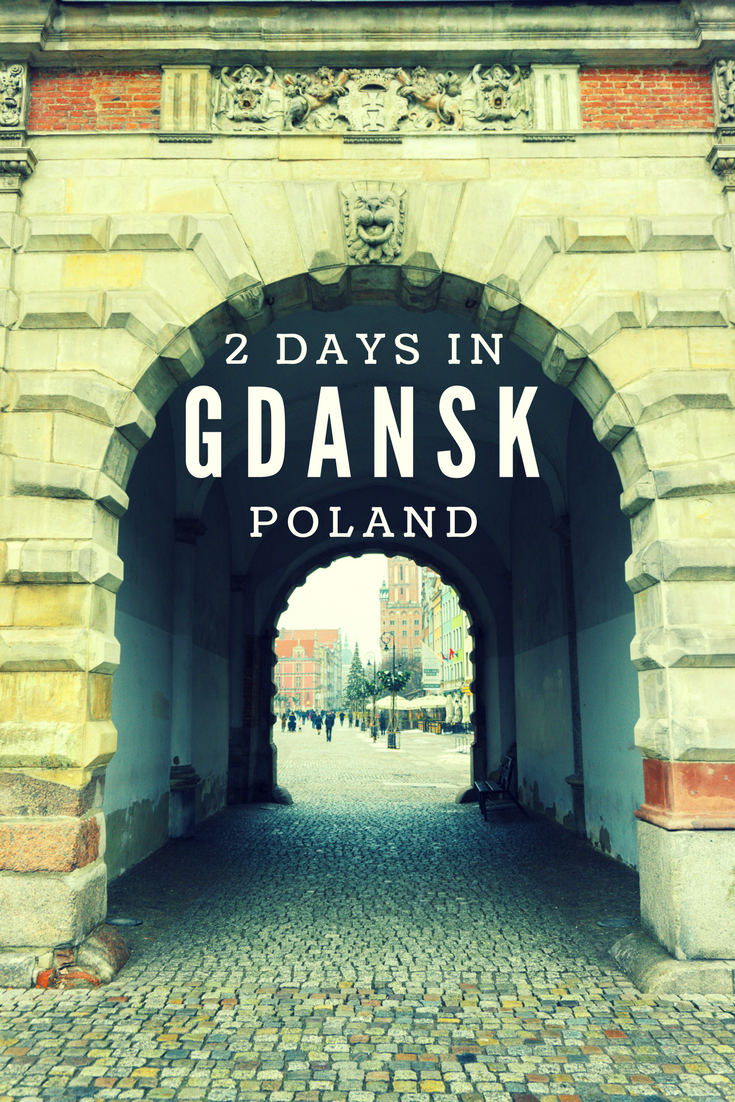 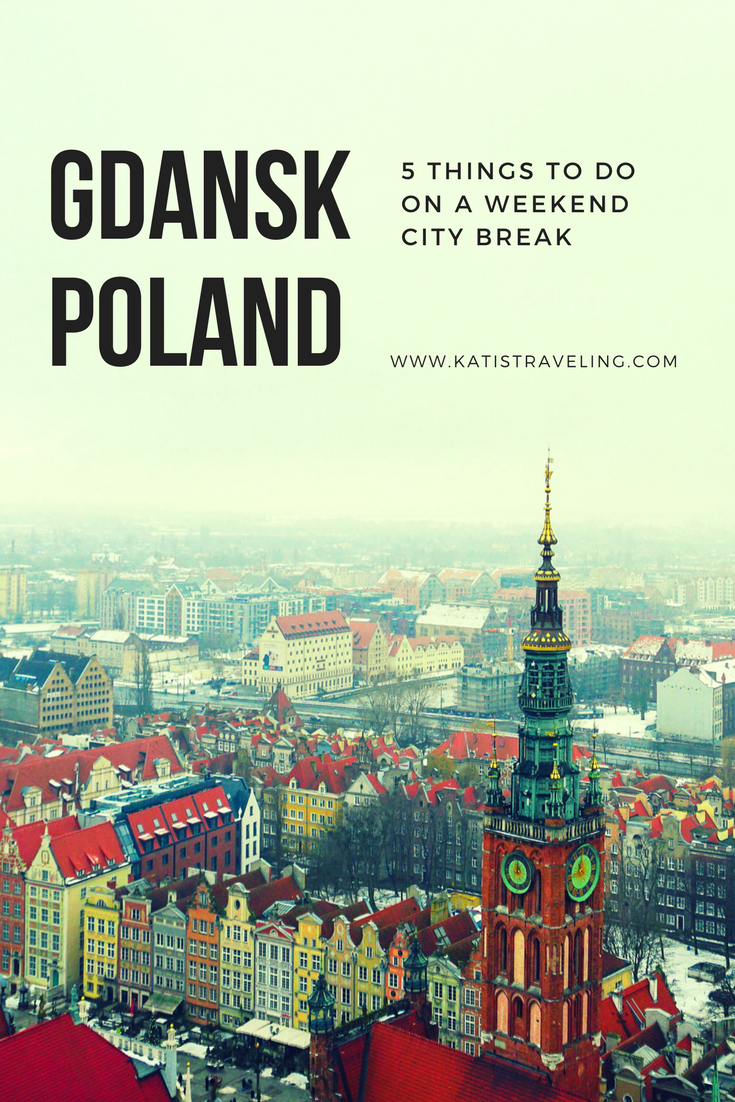 Plan a travel photography trip to the Norweigan Fjords