You may have seen my recent guide to the lovely Polish city of Gdansk which I visited back in January of this year, but while I was there I also managed to squeeze in a quick trip to see some more of the surrounding area. As I haven’t previously been to Poland I wanted to see some of the Polish riviera while I was so close and with the public transport being so cheap too it seemed almost criminal not to at least make a fleeting visit to at least one of the other places that make up the Polish tri-city area. In the end I opted for Sopot because it was closer and a little research prior to my trip indicated there was more that interested me there out of the two, however had I more time I would have tried to combine all three places.

As it is, here’s a little guide to some of the things you can see and do in Sopot and how to do the day-trip from Gdansk… 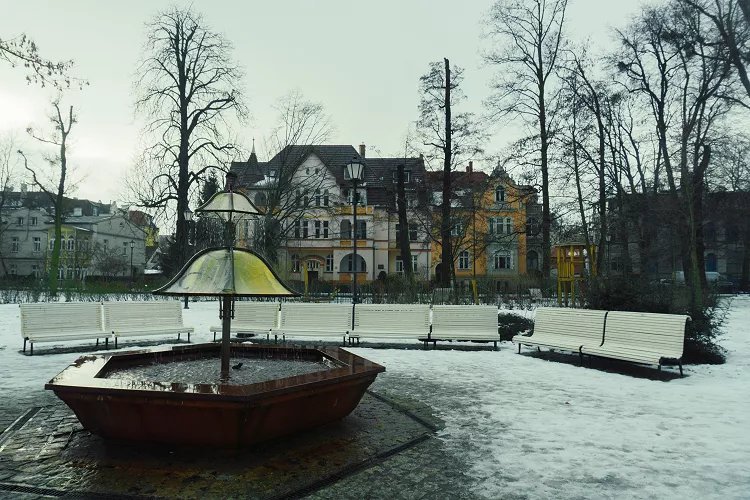 GETTING THERE FROM GDANSK

Sopot is located just north of Gdansk and easily reached by train. The journey takes around 15-20 minutes on the SKM commuter train from Gdansk Glowny (the main railway station) and will cost 4.20zl. You can purchase your ticket from a ticket machine in the train station and/or on the platform depending on which station you are at, this is relatively straightforward as the machines can be used in English.

A thing to note about trains in Poland… I found out the hard way that the trains work a little differently than in the UK. Trains run to a set printed timetable and there is no live travel information board, it can also be difficult to understand the announcements even if they are made in English (which they aren’t always) so to work out which train you need to catch you have to check the printed timetable for the platform numbers – there will be two different numbers. The first number tells you which platform to go to and then the second number is which side of the platform you need to be on and indicates which direction you need to travel in.

Initially I ignored this second number and accidentally got on a train travelling in the wrong direction! You live and learn.

THINGS TO SEE IN SOPOT

Although Sopot is a seaside town, sort of the Polish equivalent of the UK’s Brighton, it makes for an enjoyable visit even in the winter. As you can see from my photos in January the beach was in fact covered in snow… 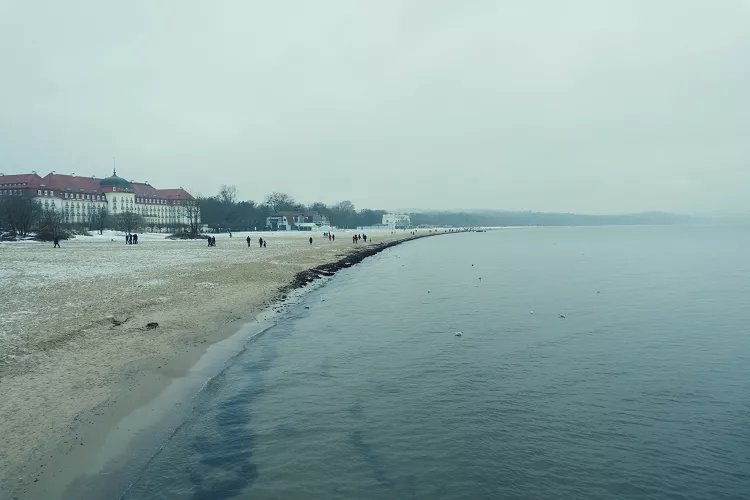 Despite the cold, Sopot proves to be an area popular all year around with the locals, with many people out and about for a bracing walk along the pier even in freezing January conditions. There is definitely something about a beachside stroll in the winter that is enduringly popular wherever you are in the world! 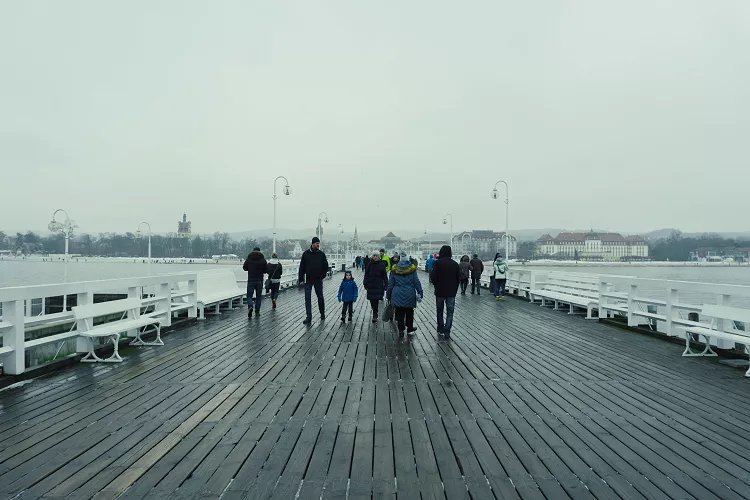 The Sopot pier is in fact the longest wooden pier in Europe and is surprisingly old – it was built in 1827! It has been renovated and restored several times in its long history and was only opened once again at its full length in July 2011. I was expecting to have to pay to walk on the pier but this appears to only be a charge that is in operation during the high season (summer months) as I was able to access it for free.

This is something I actually missed out on seeing but have found out about since and am kicking myself for not realising… especially since I looked at the building without realising what it was or that you could go inside! 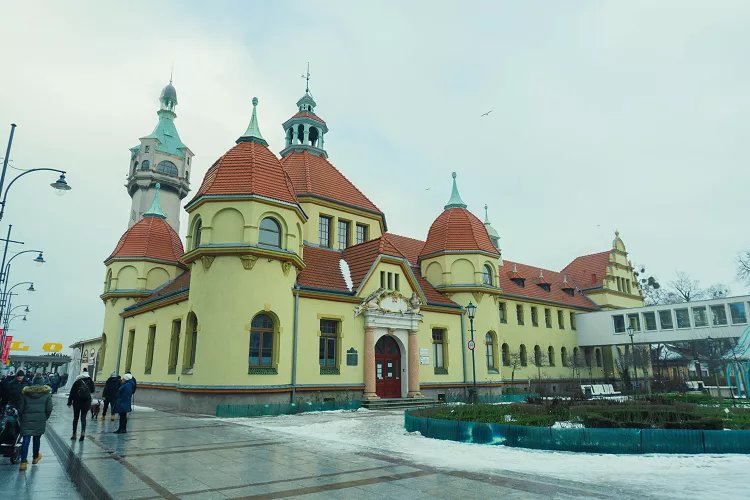 Sopot’s Old Lighthouse was built in 1904 as part of the grand spa complex (in my defence I think it’s a pretty unusual location for a lighthouse surrounded as it is by other buildings. Whilst there apparently is not much to see inside you can ascend the 25m of stairs for what is described as a “breathtaking view” (sob) and make sure you look closely at the doorway to spot the depictions of a mermaid and triton!

The Crooked House was inspired by the work of Polish illustrator Jan Marcin Szancer and the Swedish artist Per Dahlberg, a Sopot resident, however it could just as easily have stepped out of a Dali painting. It is undoubtedly one of the most unique buildings I’ve ever seen, which is probably what makes it the most photographed building in Sopot and famous far beyond just this town. 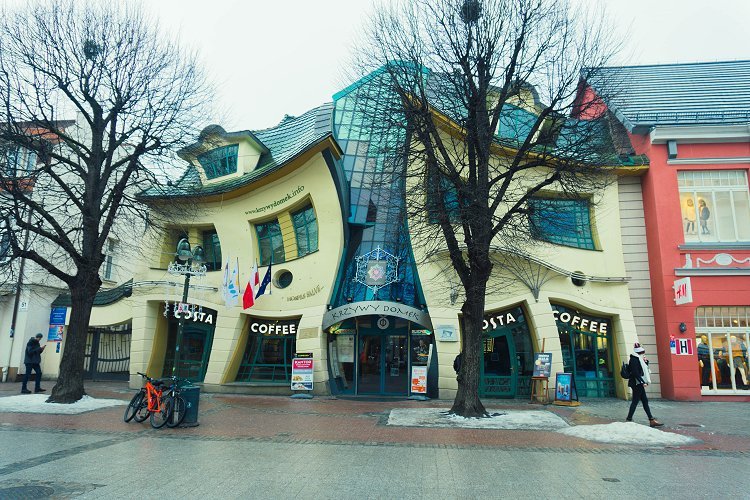 The crooked house it itself somewhat of an illusion as the inside not only is residence to a banal array of shops and restaurants (disappointing) but also appears like a completely normally structured building… magic!

A little far to walk to, especially if you are pushed for time, but on the train ride back to Gdansk I would recommend catching the stopping train and hopping off briefly at Gdansk Oliwa to visit the spectacular and much visited Oliwa Cathedral. 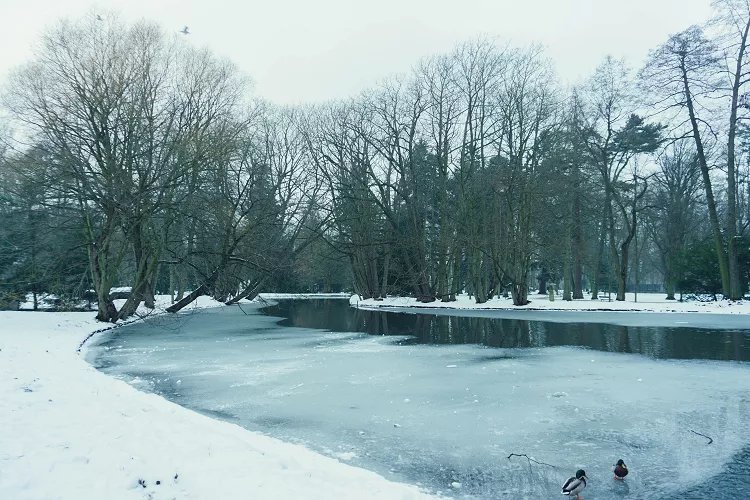 On your way there from the train station you need to walk through Park Oliwski, the cathedral is situated on the other side of the park from the station.  The park in and of itself is worth a leisurely wander around if you have the time, with an abundance of lakes, French-style gardens and a greenhouse. 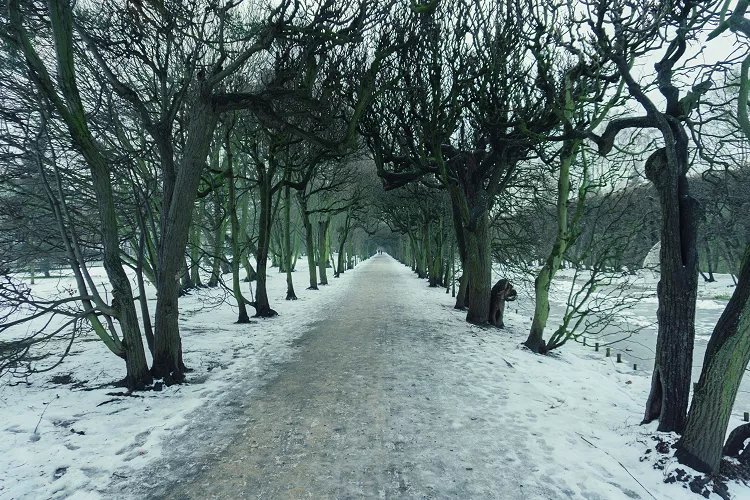 In the snowy winter months you’ll find the water frozen over and kids sledding down the hills. The Christmas lights on the trees are beautiful and the huge trees that enclosed the paths leading up to the main park area like a tunnel are suitably atmospheric… if you want to feel like you’re travelling the King’s Road in Game of Thrones without all of the tourists now visiting the one in Ireland, this is where you should go!

Everyone knows I love a cathedral and I’ve seen many, but Oliwa has to be one of my favourites. It is awe-inspiring but so simply decorated in a style that makes you feel like you’ve stepped back into the medieval period. The The spectacle of this cathedral lies in its sheer size and the gothic vaulted ceilings that you can also see in St Mary’s Church in Gdansk. 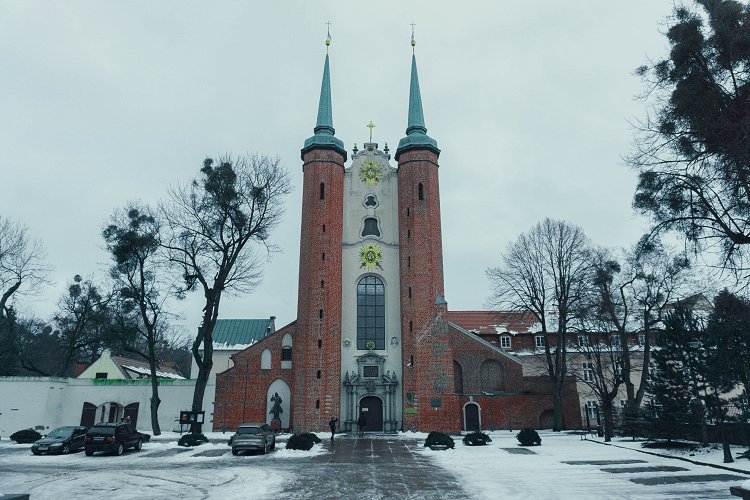 Aside from this is the stand out feature, and one that attracts the tourists, is the imposing organ. Dating from the 1700s it is currently the largest organ of this type in Europe and if you’re lucky enough to be around to hear it play you’ll see what all the fuss is about.  It can produce a vast amount of different sounds with its 7,896 pipes and also has moving cherub and angel figurines.

Have you been to any of the cities in the Polish tri-city? I would have loved to also explore Gdyina if I had more time on this trip but hopefully I will get to check it out some day. Let me know if you’ve visited or have any tips for this area of Poland in the comments below! 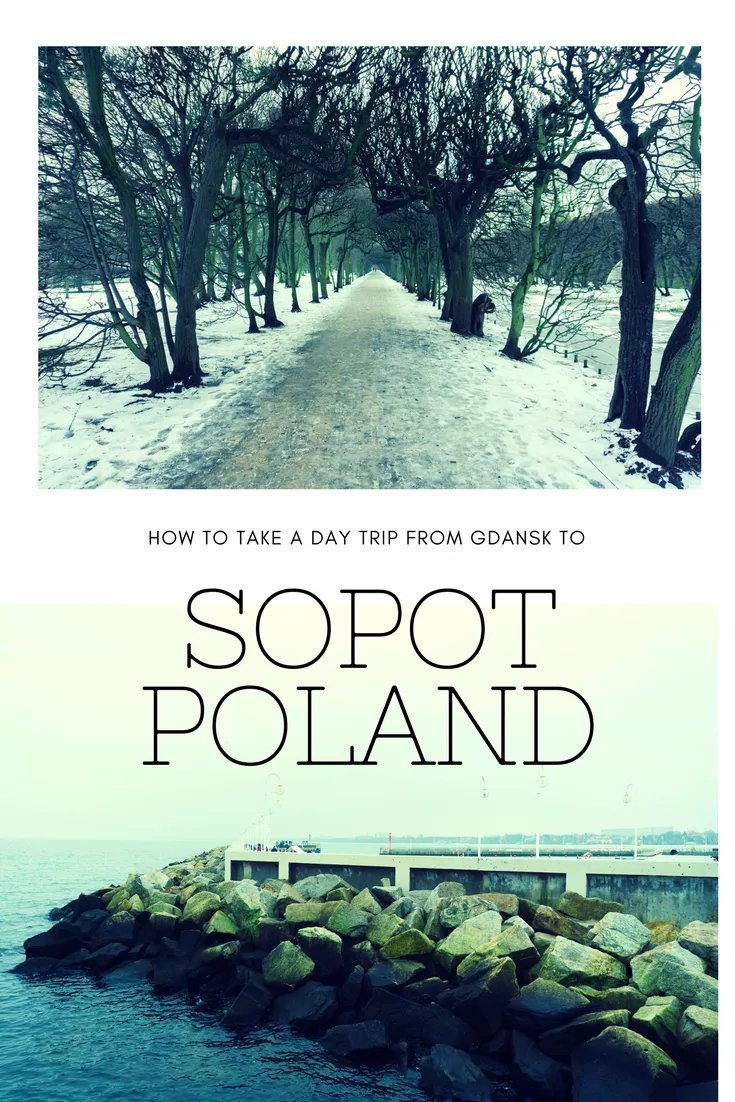