So if you follow me on social media you’ll know that this time last month I was about to embark on a two long trip travelling around some of the highlights of Sri Lanka. During the whirlwind trip I visited a bunch of different places, staying only 1 or 2 nights in most areas, and soon discovered that there are many different places to suit all kinds of travellers no matter where your interest lies.

In general Sri Lanka is great for culture, nature and wildlife (the three topics this blog is about) which is why I tried to cram so much in to take in all the different parts of it. However, if you have less time or would like to have a less intense trip than me you might want to choose to split your time between just a few areas depending on your priorities.

To give you a brief overview of some of the places I’d most recommend visiting in Sri Lanka I’ve briefly outlined some of the topics of interest and where the best place is to visit for each below. I thought this would be a good intro to my Sri Lanka trip but be assured there will be detailed posts about all of these areas and more coming up… 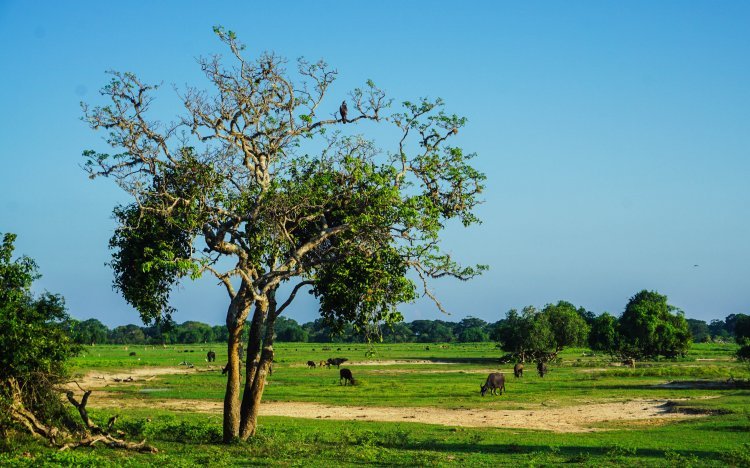 Yala National Park is the most famous and popular national park in Sri Lanka. It offers the opportunity to see the widest variety of animals including the elusive leopard. This is actually your best chance to spot a leopard anywhere, as Yala has the world’s largest density of leopards in one area… that being said there is no guarantee you will see one (we didn’t). There are opportunities to also spot crocodiles, wild boar, buffalo, monitor lizards, monkeys, elephants and the occasional sloth bear along with numerous birds of prey and reptiles!

If the thought of hordes of tourists puts you off and you’re most concerned about seeing elephants you’ll see many more at Udawalawe or Minneriya National Parks where there is less tree coverage (and far less people) but the draw of the other animals is worth the trip to Yala if you can make it. 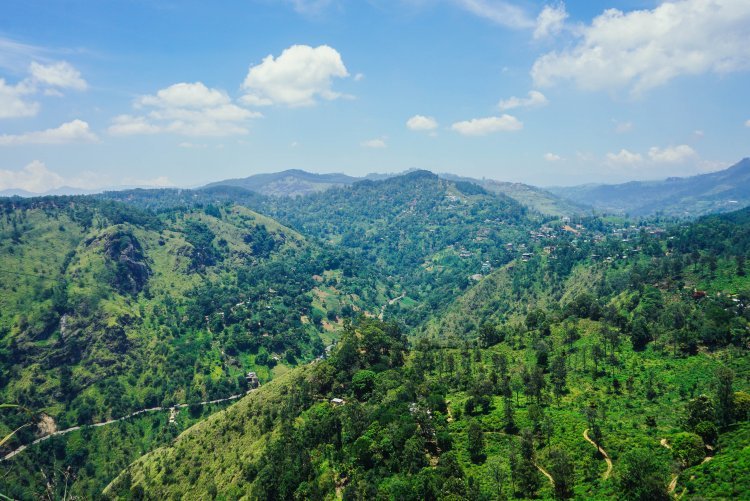 The mountainous and impossibly green Ella has without a doubt the most awe-inspiring views you’ll find in Sri Lanka and there are numerous hiking opportunities to get a better look.

Highlights include a gentle walk to Nine Arches Bridge along the railway line, a steeper trek up Little Adam’s Peak or an ambitious climb to the top of Ella Rock. Make sure you start early in the day as the heat will quite be something to contend with on any of these hikes if you leave it until the afternoon. 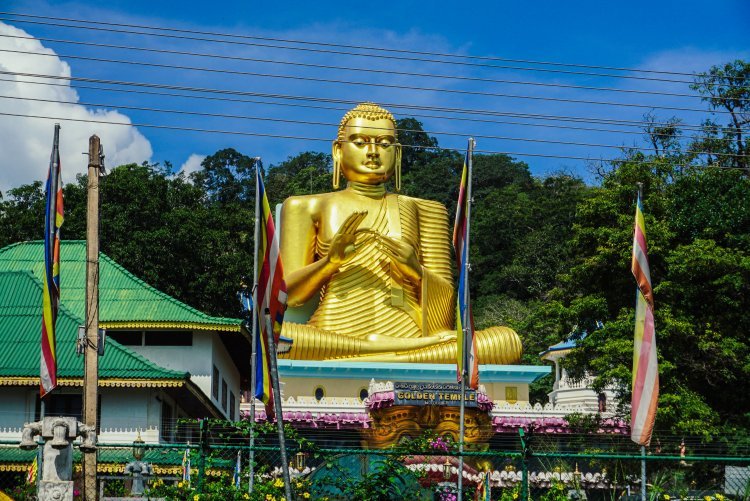 Kandy is one for those who want to experience the bustle of a busy Sri Lankan city, but is preferable to Colombo for its cultural attractions and more pleasant surroundings, notably its location in the hills and its artificial lake in the centre.

The main reason you might want to visit Kandy is if you’re a culture vulture.  While there are an abundance of temples you can visit in Sri Lanka (and we certainly saw a fair few) the most important Buddhist temple is in Kandy – The Temple of the Tooth.  I would recommend timing your visit to see the ceremony of the tooth, a somewhat overwhelming and baffling experience for someone with no understanding of what it all really means but something you are unlikely to forget in a hurry!

There are also a number of Sri Lankan cultural shows to catch in Kandy which give a great taste of traditional Sri Lankan dance and music styles, which would otherwise have completely passed us by! There is often an element of something spectacular at the end also like firewalkers or fireeaters. 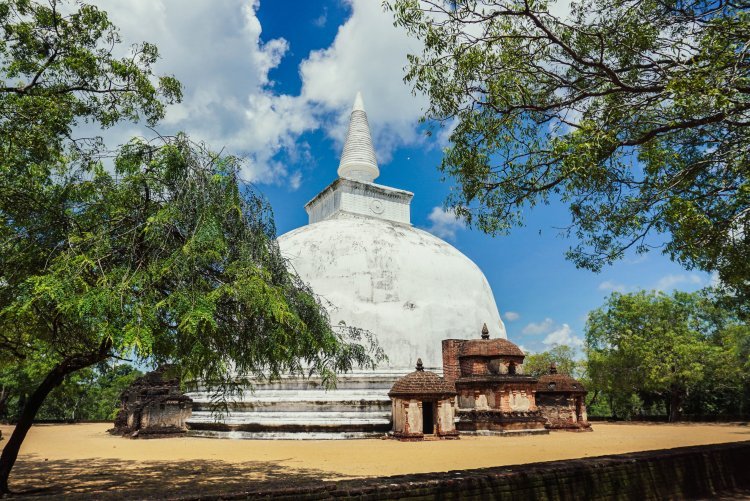 Polonnaruwa might not have appeared on a lot of Sri Lanka itineraries in the past but the area is up and coming with a huge amount of investment currently going into developing the area. Without a doubt it is likely to become a draw for tourists as there is a fascinating history here.

The Ancient City of Polonnaruwa is the second oldest of Sri Lanka’s ancient cities but arguably the best archaeological relic city in the country… it is easily explored in a day as the ruins, although large and numerous, are relatively close to one another in one large green park area of the city. The most popular mode of transport for getting between the ruins is to hire and bicycle and leisurely ride through the park stopping to explore each ruin by foot. 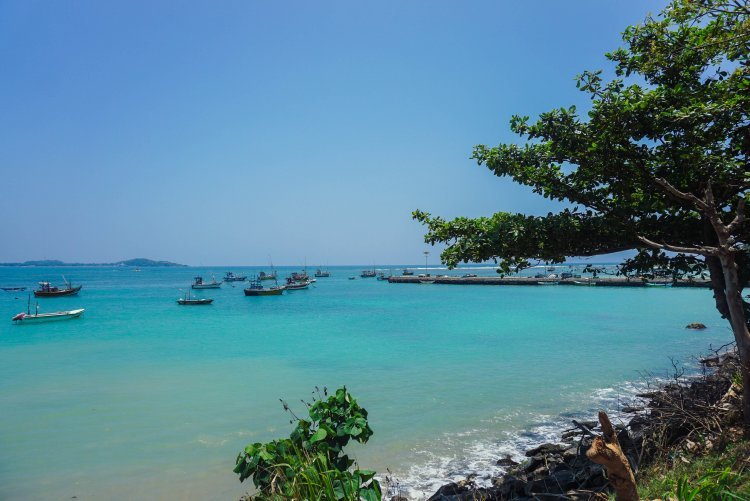 Although the beaches of Northern Sri Lanka are said to be the most unspoilt areas of sandy goodness in Sri Lanka, Unawatuna is still the area drawing the sun worshippers… and there’s a good reason for it. The laid back vibe of the town (well, street) and the warm clear waters are what make Unawatuna a continual draw for travellers.

However, don’t be confined to visiting the beach on your doorstep as there are actually plenty of more beautiful and less touristy areas in the area that can easily be reached by a short tuk-tuk ride. Jungle Beach has a good reef for snorkelling and Mirissa runs daily boat trips (during the season) to see the blue whales – an absolute must do!

Which area of Sri Lanka most appeals to you? If you have already visited let me know what your favourite place was down in the comments! 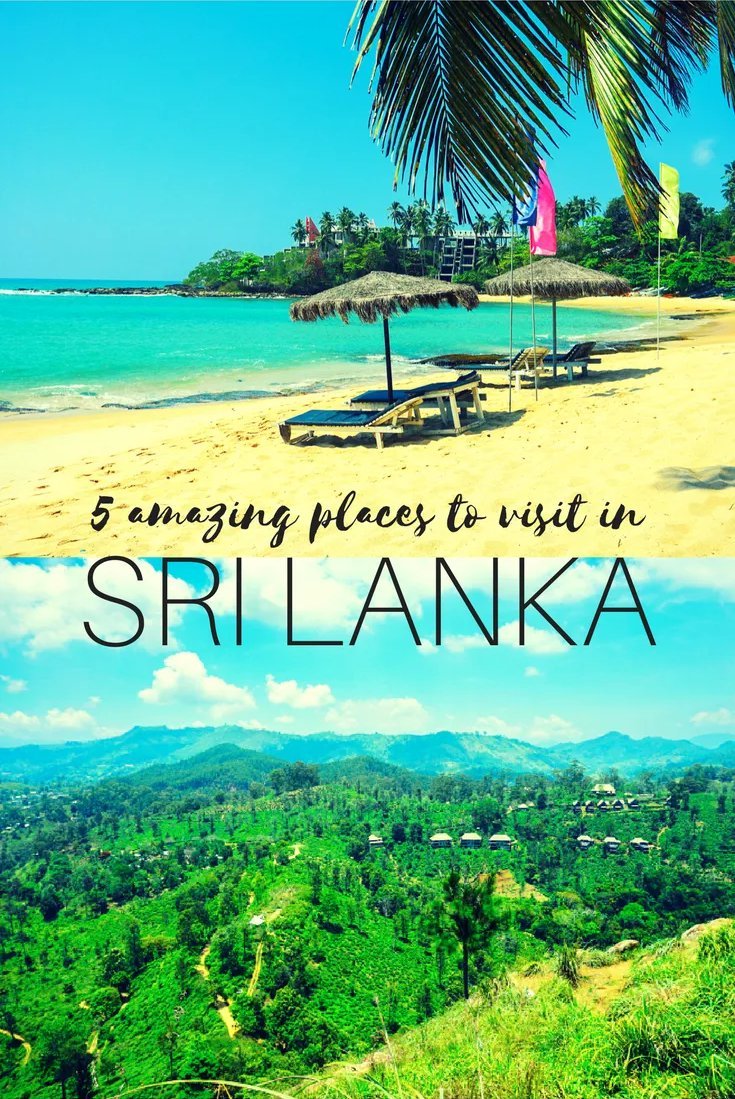 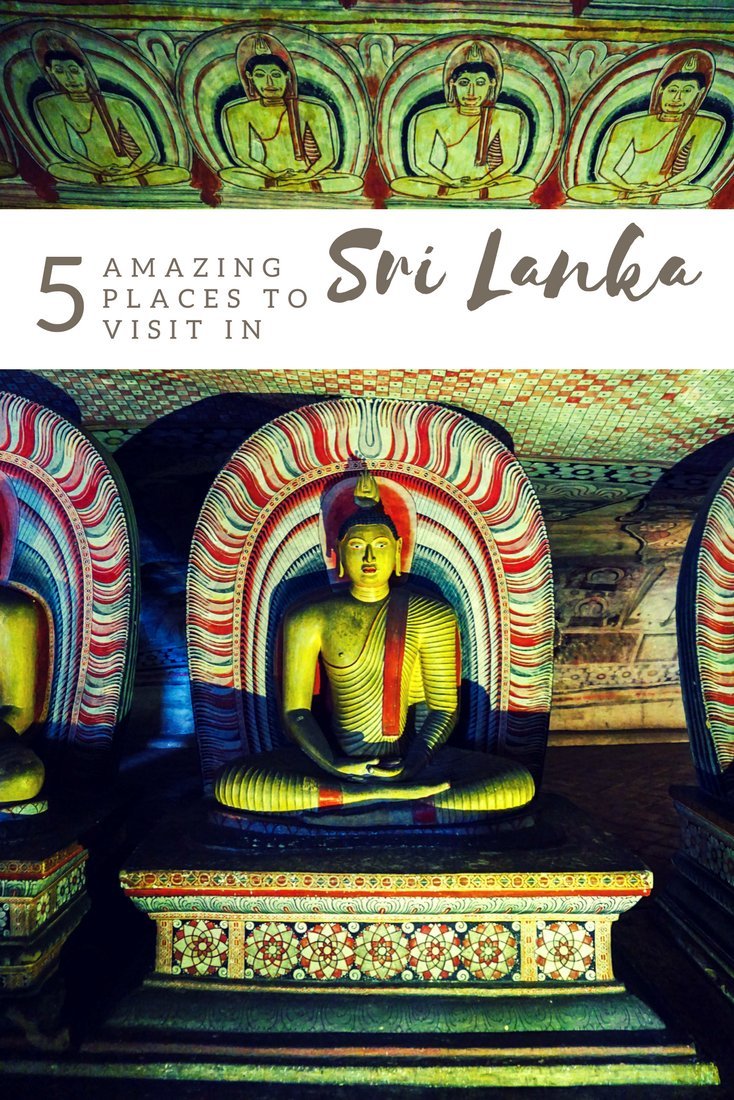 I’m just wondering how does it feels to wander places to places in Sri Lanka under a nice ambiance. These amazing areas really makes this place fascinating. From Greenery hill to crystal clear water indeed is a good vibe. Anyhow, thanks for sharing this guide.

We love nature and wildlife so this looks like a place we need to put on our bucket list! Photos look gorgeous

There is so much amazing nature to explore and opportunities to see the native wildlife in Sri Lanka… it sounds like you’d love it!

I’ve always wanted to visit Sri Lanka, it looks so beautiful! I didn’t know they had so many beautiful beaches! Thanks for joining Fly Away Friday, hope to see you tomorrow for the 50th one – exciting things happening! xo

It really is so beautiful, even more so than I expected!

I have heard so many great things about Sri Lanka! I have only seen the Colombo airport on route to the Maldives. I want to go to Ella and see all the beauty that hiking area has to offer 🙂 Thanks for coming to Fly Away Friday! Hope to see you tomorrow for our 50th link up!

Ella is without a doubt my favourite area of Sri Lanka, the mountains and greenery is just stunning.