It’s quite funny that on one of the hottest day’s this year in the UK I’m writing about my trip to Stavanger two weeks ago where I was wearing a jumper and coat and even experienced some snow on my hike up Pulpit Rock!

While the weather may have somewhat shattered my dreams of beautiful views over the fjords it didn’t diminish my enjoyment of Stavanger itself. Don’t get me wrong it’s very quiet and you wouldn’t need more than a day to explore most of it but if you’re heading here anyway for the amazing hiking opportunities nearby it’s a pretty great base with lots of picturesque areas and interesting history. 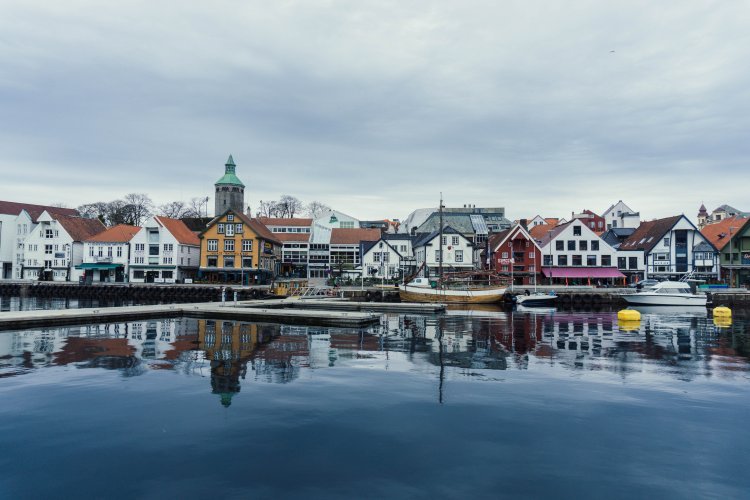 If you’re looking for some real history then Stavanger Cathedral is something you have to see… the building is thought to have begun construction in 1100 and its foundation is recognised by the city as 1125. Over the years it has undergone a number of renovations, one being due to damage from a fire, and another in the 1800s which which changed the exterior considerably to look less medieval. Luckily the original look was restored in the 1939-1964 restoration! 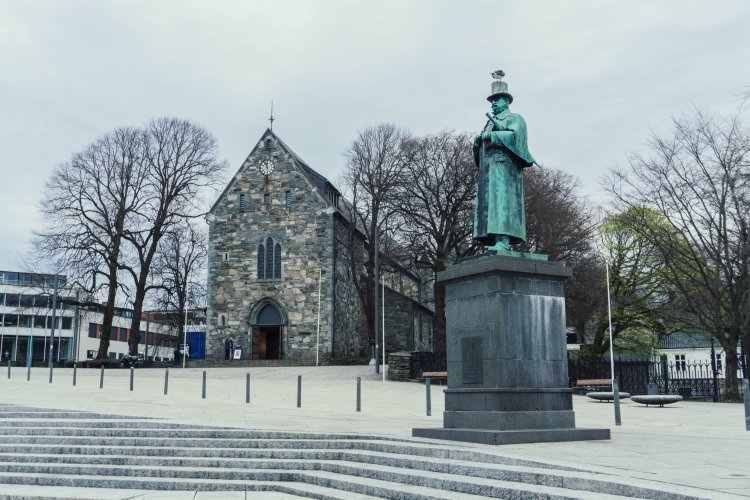 If you google “Stavanger Domkirke” you might notice that this is a photo of the back of the cathedral and not the more spectacular front side. This is because when I visited it was covered completely in tarpaulin! The building is currently undergoing yet another restoration, this time in celebration of its 900th anniversary in 2025.

Øvre Holmegate is the place to be in Stavanger on a sunny day (yes, we did have some sunshine!) and it’s easy to see why. The street was completely regenerated in 2005 when hairdresser Tom Kjørsvik asked the artist Craig Flannagan to design a colour scheme for the street. What he came up with was apparently inspired by Miami Vice and resulted in what you see today! 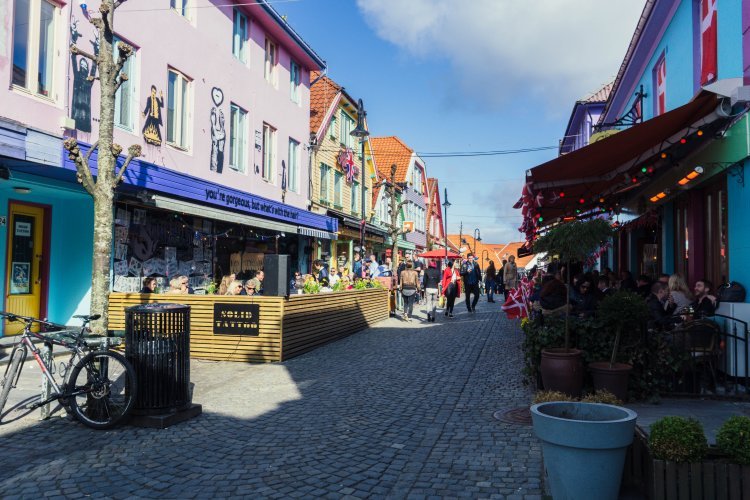 The tourist draw of such a venture is apparent.. this is easily the busiest street in Stavanger with lots of independent shops and restaurants and cafes contributing to the attraction and buzz. Business is booming and this is now the most photographed street in Stavanger and often referred to as the “most colourful street in Norway”

One thing that I discovered by surprise in Stavanger was the public art that surrounds much of the city. There is of course the Geopark, which is worth a nose at just to see how these oil industry components have been re-purposed and decorated to form a playground – it’s extremely inventive. 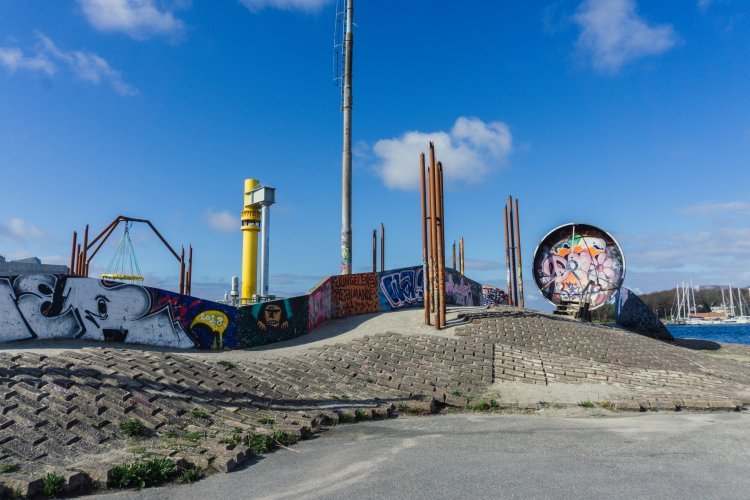 I also came across quite a lot of street art on my wanders around the city, not least on the streets off Øvre Holmegate. Keep your eyes also peeled for some Antony Gormley statues… his Broken Column project consists of 23 statues placed in a mapped line from Stavanger Art Museum down to the harbour. The most easily spottable are the one right next to the harbour and one by the cathedral.

Photograph your way around Gamle Stavanger

Another pretty street… Stavanger is full of them, it’s an Instagrammer’s dream. In contrast to the bright colours of Øvre Holmegate, Gamle Stavanger or the Old Town is historic and everything is pretty muted. The area comprises of a few streets and 173 wooden buildings all from the turn of the 18th Century. 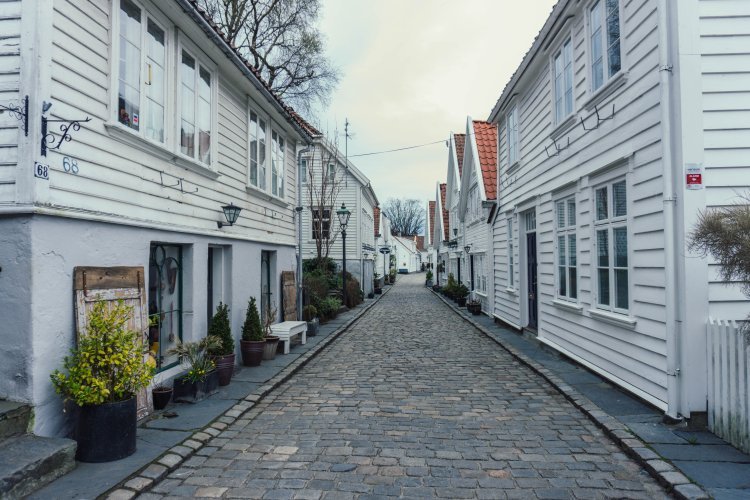 What is super interesting about this area is that originally in this part of town the wood used to build the houses of the inhabitants was thought to have probably come from the boats that they sailed to Stavanger in! Now it is a requirement that they are painted white but at the time it is unlikely they would have been because white was the symbol of wealth… it is now a popular (and most likely expensive) living area which has won numerous heritage and conservation awards.

There are really so many weird and wonderful museums you could choose to visit in Stavanger… everything from the Petroleum Museum to the Canning Museum. There are also the more conventional old style houses and a Viking Farm (which seems like a lot of fun!) but with only time for one, in the end I opted for the Archeological Museum. I think I made a good choice. 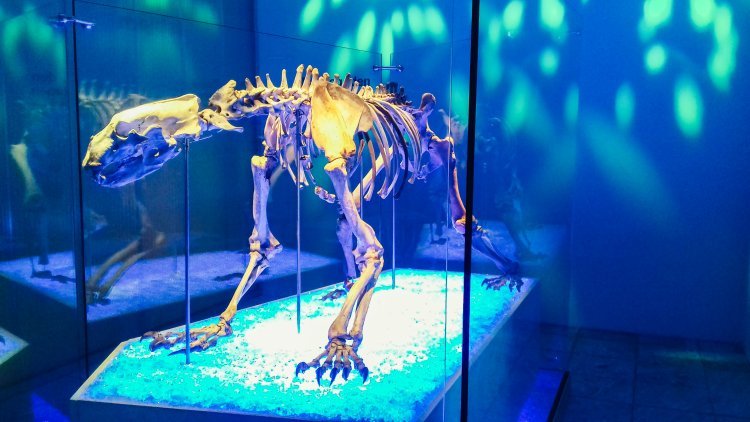 The museum contains loads of really really old artefacts from the viking period which are absolutely fascinating along with some other curiosities like an 8000 year old human skeleton and the complete skeleton of the Finnoy Polar Bear. This is the most complete skeleton ever discovered of a polar bear from the Ice Age!

At present they also have a great exhibition in their temporary space displaying some of the treasures found in graves from the Viking period and reimagining the stories and people who they may have belonged to. It’s really great how it brings a new dimension to just looking at the items in a display case.

Most of the tourist draw to Stavanger lies in its close proximity to the fjords and the opportunities for outdoors activities relatively closeby. You might choose to hike Preikestolen, or Kjeragbolten (you’ve probably seen the photos of the boulder suspended between two rocks).

These are two of the most popular hikes in Norway and Stavanger is a great place to base yourself for doing either (or both!) as it is easy to get to them from there using public transport. 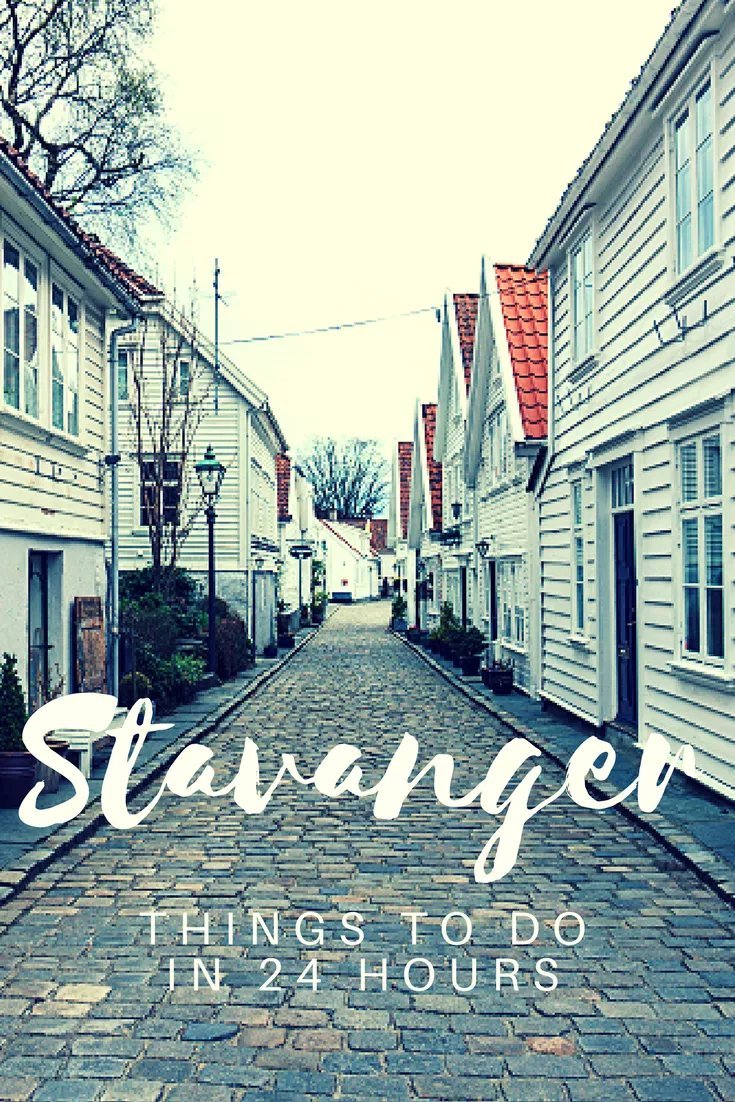 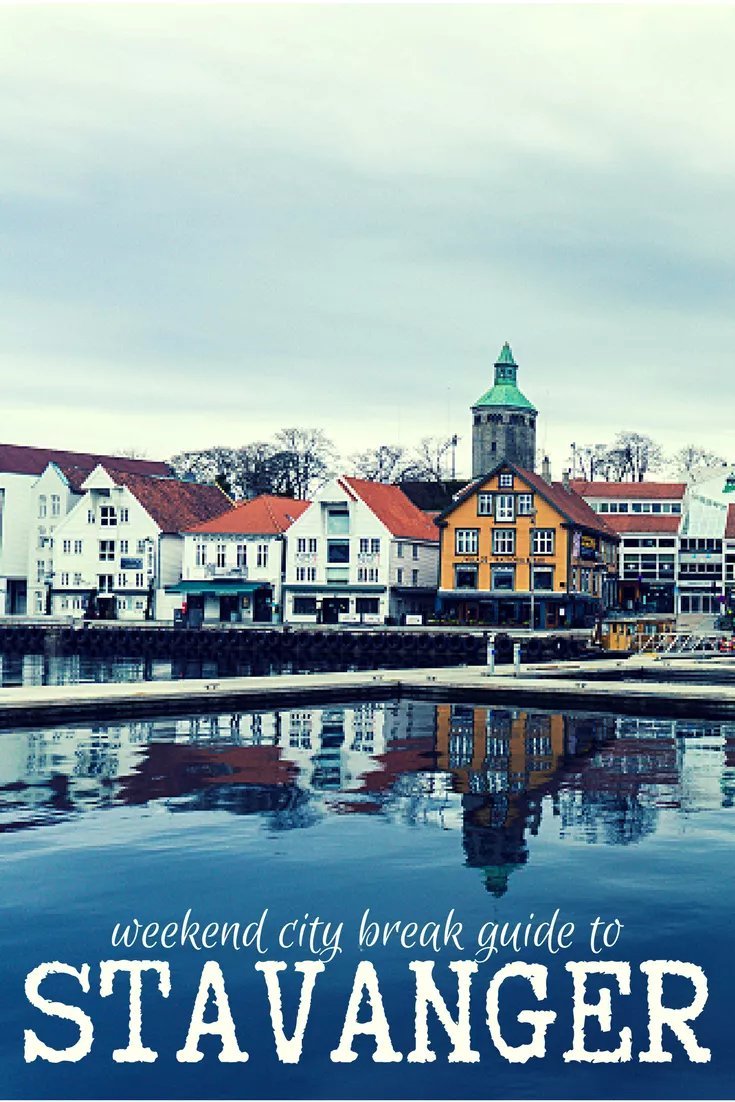