Rotterdam is a city that took me so much by surprise! I was there a couple of weekends ago because it was the destination for the Traverse 2018 conference and otherwise I doubt it would have been somewhere that would have ever been high on my list of places to visit. However, Rotterdam is an amazingly cool ultra-modern city with lots more to do than you would initially imagine and a relaxed friendly vibe. It offers a startling alternative to the ever-popular Amsterdam and I reckon it is about the hit the big time! 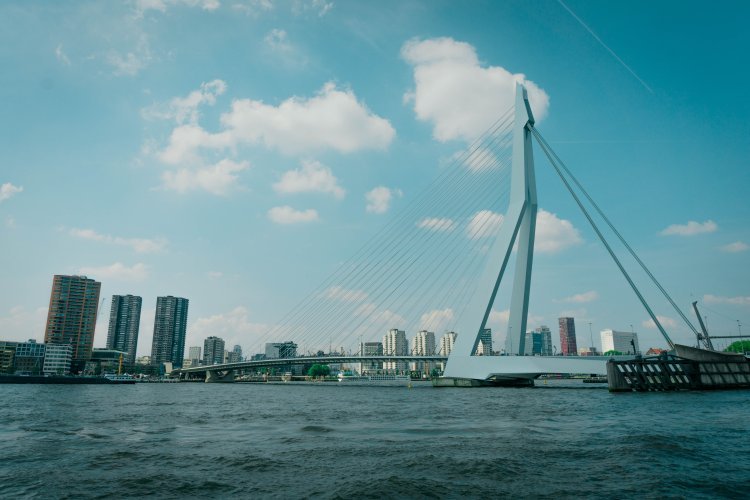 It is so easy to get to (especially from London)

Rotterdam makes for the perfect weekend city break from the UK. There is just enough to do there to fill 2 to 3 days but not so much that you would be overwhelmed and struggling to prioritise. To fly direct from City Airport to Rotterdam only takes an hour or alternatively you can fly into Amsterdam and catch a 20 minute train to Rotterdam from there. This gives you more options of airports you can fly from in the UK and also might be cheaper as Amsterdam is a bigger airport and more popular destination. 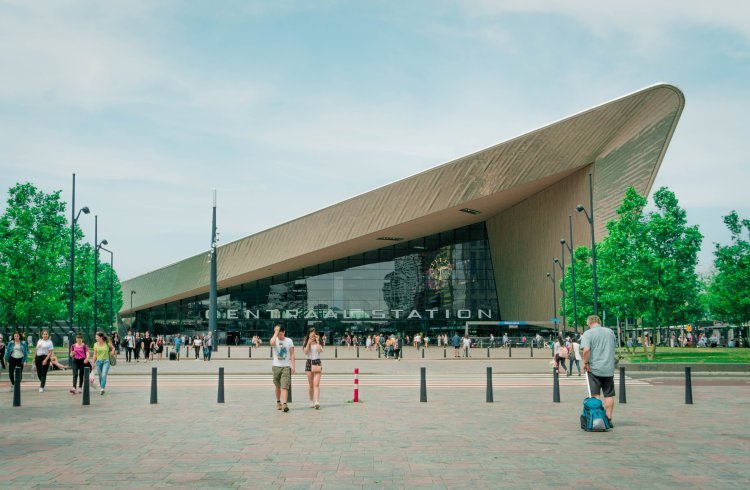 A wonderfully easy and far more relaxing way to travel to Rotterdam is by Eurostar. The new route that runs direct to Rotterdam started in May this year and having been on it (I travelled out on the Eurostar and flew back) I can attest that it’s ace. Boarding a train is always so much easier than having to faff around at an airport. The journey is around 3 hours but you only have to arrive 45 mins before boarding at St Pancras and there’s no bother with baggage and passport control at the other end… you leave the station and walk right out into the centre of Rotterdam! 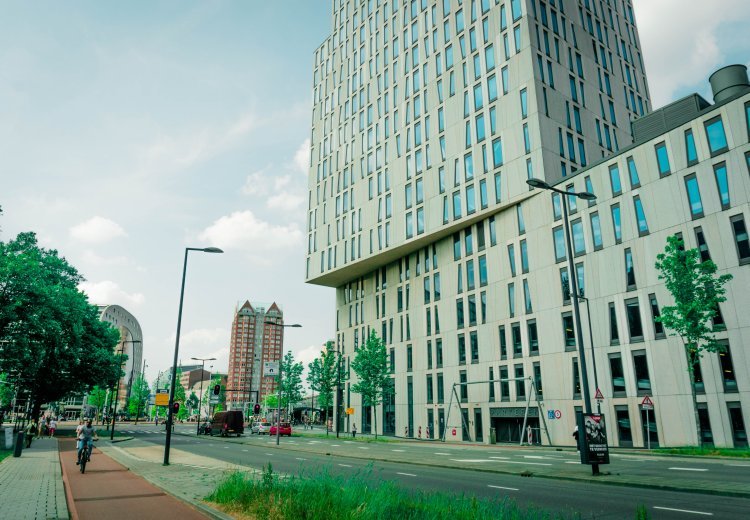 Speaking of the transport to Rotterdam, getting around Rotterdam itself is amazingly easy. As the city is so new and modern the transport links that have been created are so clean and efficient. As well as your usual train and bus routes Rotterdam also has an extensive tram network and even a waterbus… which is a really quick way to hop between certain points of interest. 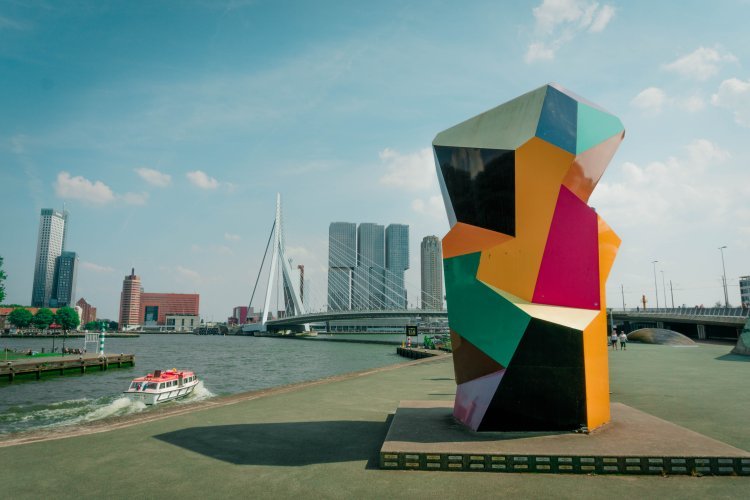 If you are going to be in Rotterdam for a weekend I would highly recommend getting hold of a Rotterdam Welcome Card, which gives you a discount on entry into 50 locations and also free travel for 1, 2 or 3 days. The cards are good value for money if you are going to be visiting multiple tourist attractions as you might find that some of the things you want to see are quite spread out around the city and you’ll save time by utilising the great transport network. 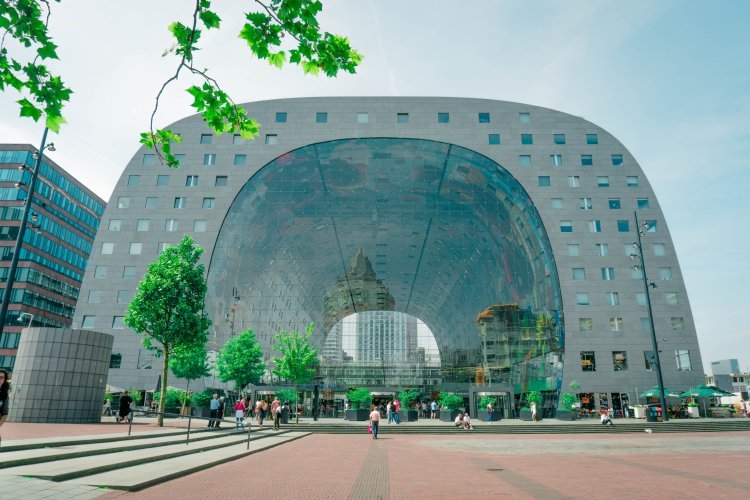 The gravity-defying buildings will make your jaw drop

Rotterdam was almost entirely destroyed in World War II, which means the city has been entirely rebuilt and made ultra modern. I am not exaggerating when I say there is an interesting building on every street corner! From the 3D Tetris-like Timmerhaus building to the Markthal (see below) it is hard to understand how some of these structures even stay standing! 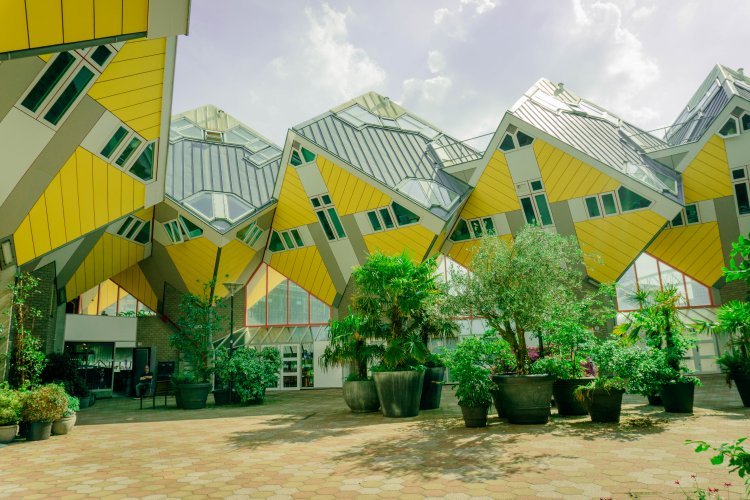 The most well-known architectural phenomenon in Rotterdam is undoubtedly the yellow cube houses. Designed by architect Piet Blom, these houses optimise the space available by having them elevated with large open courtyards below. The houses are tilted at a 45 degree angle and are supposed to resemble trees, with the overall effect being that of a forest. I couldn’t resist a look inside the show house (entry is 3 euros) to get a better sense of just what it would be like to live in one of these micro-living spaces. 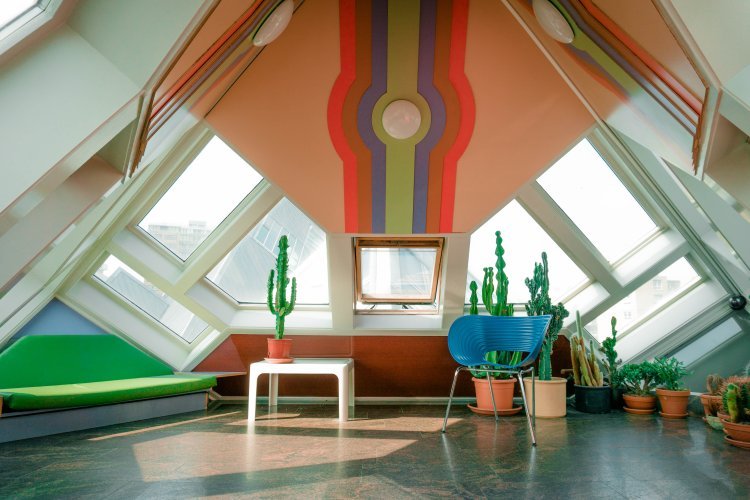 There is an abundance of incredible food to try

As well as the numerous great restaurants in Rotterdam (I can particularly vouch for the burger joint Hamburg and their delish veggie Cauliflower cheese burger – yum!) there are also two places you need to add to your radar if you’re looking for amazing street food and local produce. 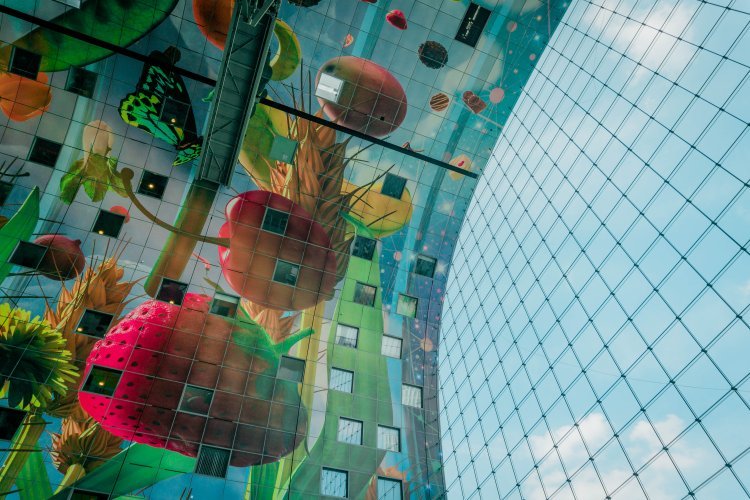 First is Markthal, which is already likely to be on your to-do list as the building is somewhat of a must-see location in Rotterdam. The building is shaped like a horseshoe and is home to apartments and office space but underneath it you’ll find Rotterdam’s famous undercover market. Here you’ll find local delicacies, such as Dutch cheeses and pancakes to all kinds of other cuisines… as it was a super hot day when I was wandering inside this sometimes greenhouse-like building I opted for a refreshing coconut! Another stand out feature of the Markthal is the huge colourful painted ceiling adorned with fruits, vegetables, insects and flowers. It is easy to see why it is referred to as the Sistine Chapel of Rotterdam! 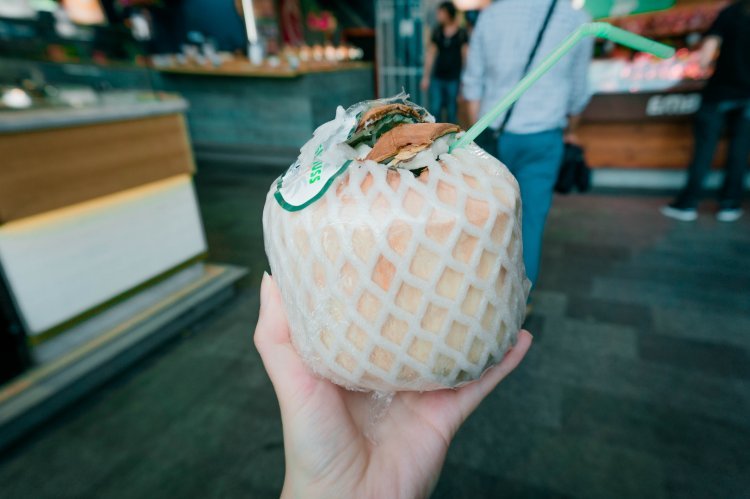 Further out of the centre of time a trip to Fenix Food Factory is also recommended. This is much smaller than Markthal and has a much more cosy vibe to it. There are some well-known vendors here including the popular Jordy’s Bakery. As the location is right by the waterfront it’s a lovely spot for a drink and bite to eat outside on a sunny day. 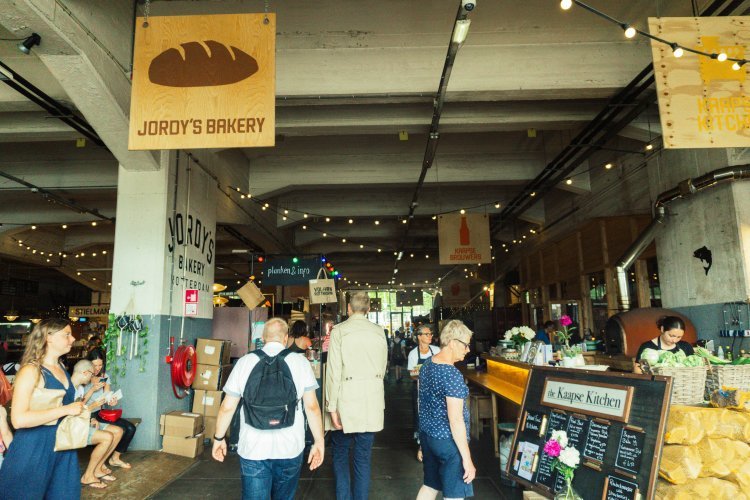 It offers you experiences you can’t get elsewhere

Continuing its modernity Rotterdam is home to some uniquely fun activities. The Euromast tower is one of the dominating features of the city skyline and, like most tall buildings of this kind, has a restaurant, hotel and viewing platform, but what makes it unique is that is also offers the opportunity to zipline and abseil from the top! While I only had time to take in the view (which is a little steeply priced for the experience) I would recommend doing something more adrenalin-pumping for not much more expense! 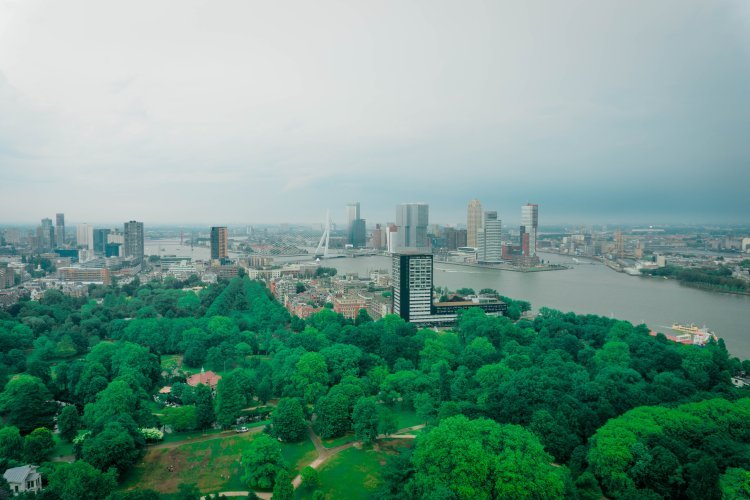 Another thing you’ll want to look out for is the SS Rotterdam, a huge cruise liner that is permanently moored in Rotterdam harbour. You can walk on to the ship just to have a wander around (if you have never been on a cruise ship before this is pretty interesting), there is also a hotel on board so you can stay in one of the cabins, several restaurants and an on deck pool and bar. If you’re looking for something really unique then the SS Rotterdam also has an escape room experience… I’m not sure you’ll find one of those on a cruise ship anywhere else in the world! The best part about all of it? You won’t be getting sea sick! 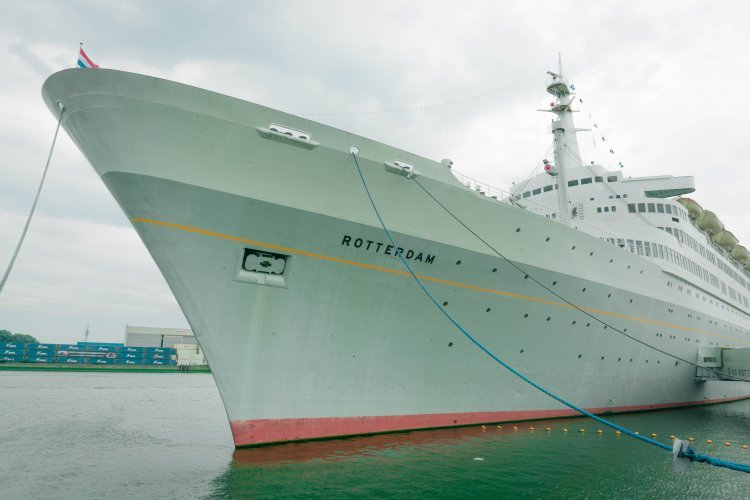 If you have a little more time and want to venture further afield then be sure to check out this simple day trip to the windmills at Kinderdijk that you can do from Rotterdam city centre on the waterbus.

Inevitably during my time in Rotterdam I discovered there was even more to do there than I realised which means I will definitely be back for a return visit… possibly combined with visiting more of the Netherlands? I had such a positive first experience there it’s left me hankering for more! 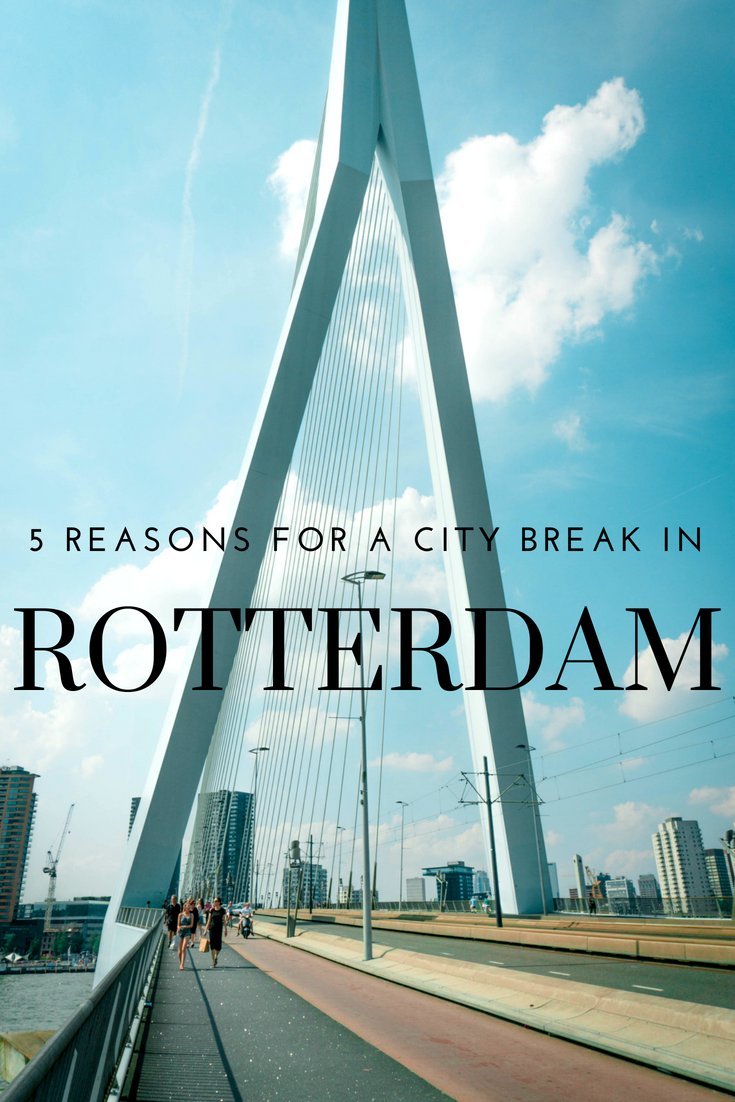 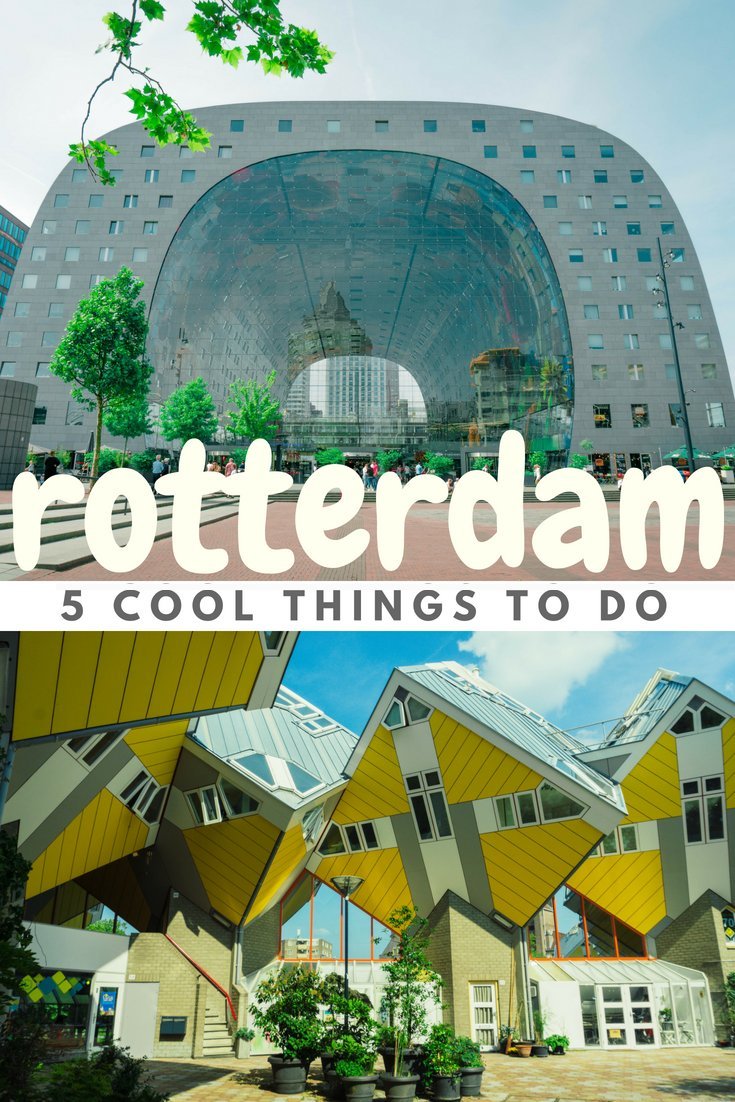 Visiting the Kinderdijk windmills from Rotterdam

How to prepare for the trek to World’s End