How to prepare for the trek to World’s End

World’s End is one of the most popular sites in Sri Lanka for travellers for good reason – the views are incredible! Unfortunately they don’t come that easy and due to the location of World’s End it takes a little bit of planning and effort to get there. We took on the challenge during our trip to Sri Lanka in March this year and here’s everything I learnt about it and what it’s good to know beforehand so you don’t arrive unprepared… 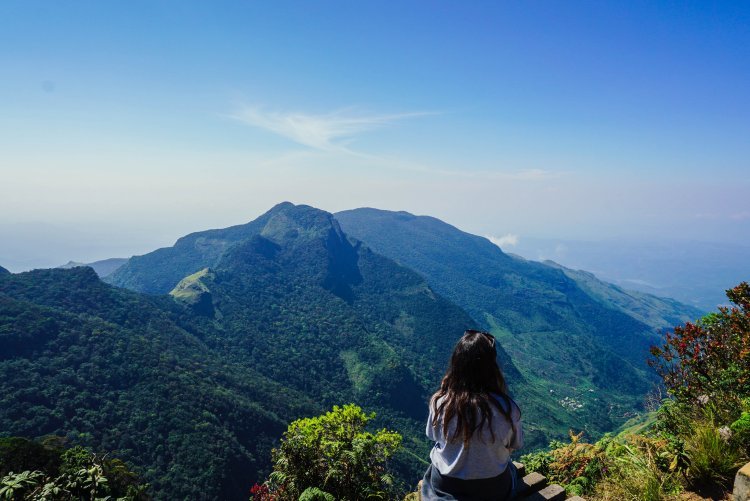 The trek to World’s End – what is it?

The clue is in the name, World’s End is basically a viewpoint at the edge of a cliff in Horton Plains National Park near Nuwara Eliya. It has a sheer drop of 1200m (or 4000 feet) and, as you an imagine, offers an incredible view of the surrounding landscape. On a clear day it is possibly to see as the Indian Ocean – 81km away – from the top!

The trek actually takes in three different sights on the 3 hour trek. Near the beginning of the trek, shortly after you’ve passed through the entrance gate, you’ll reach a signpost and have to make a decision as to whether to choose the left or right path. It actually doesn’t matter which way you go because the walk is circular. If you choose to go left you’ll reach Mini World’s End, World’s End then Baker Falls in that order, and the opposite if you go right.

We chose the right path because it went against the crowds (most drivers will advise you to take the left path) and walk is slightly easier that way as you get to do the steepest section downhill. It also meant we had Baker Falls entirely to ourselves for a good 10 minutes before other people started arriving. However, we discovered that going left means you reach World’s End earlier and it is less busy so the whole decision is really swings and roundabouts. By the time we reached Mini World’s End there were far fewer people again so it didn’t really impact our experience. 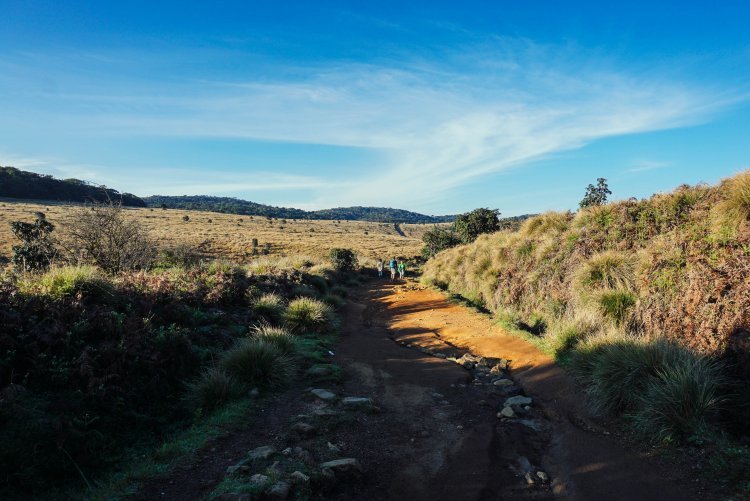 How to get there

As World’s End is located deep in Horton Plains National Park you will not be able to get there is a standard car due to the road quality inside the park. You have two options for transport… you can either take a tuk-tuk or a jeep/4WD.

If there are only 1 or 2 of you then a tuk-tuk will probably work out cheaper (you will have to barter with the driver though), however be aware it will be a bit of a bumpy ride inside the park and that the journey up the road to the entrance of the park involves a lot of winding roads close to the edge. It’s not really a safety concern but if you’re scared of heights you might not like having no doors here!

Hiring a jeep/4WD is a better option if you can afford the extra, have a larger group of people or can find some others to travel with. It is worth asking around Nuwara Eliya, especially if you are a solo traveller, as there will be many other tourists planning to go to World’s End staying there. 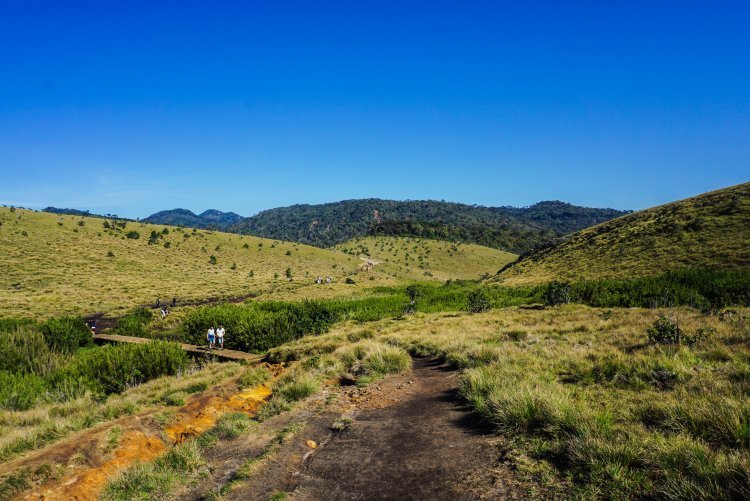 It is really important that you leave early enough to be able to get to World’s End before 10am (I have also seen 9am advised in some places). This is because that’s about the time a mist sweeps over the hills and from then on you are pretty much guaranteed to see nothing.

If you’re staying in Nuwara Eliya, which most people do, this means a super early start. We left our hotel at 5am on the day we did the hike, arriving at the start of the hike at 7am, meaning that we reached World’s End before 9am. I have to say I think we were exceptionally lucky with the weather because there were no clouds at all that day and so we had a completely clear view. Note that leaving early is no guarantee of the view as the Sri Lankan weather can be somewhat unpredictable, but it gives you the best chance.

We completed the trek in just over the 3 hours we were told it would take, and that included stopping to eat lunch at Baker Falls and some time at both World’s End and Mini World’s End admiring the views and taking many photographs. Even though we were back by about 10.30am it was still already extremely hot from about 30 minutes into the trek until the end, which is another reason why you should start as early as possible! 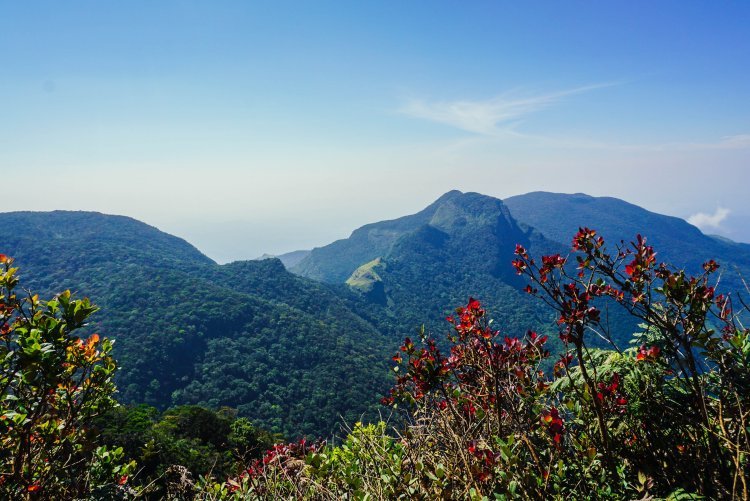 How much will it cost?

Everything in Sri Lanka seems more expensive for tourists. You will notice that for a lot of the more popular sites and attractions there is a tourist price and a Sri Lankan price. However, as Sri Lankan prices are still a lot lower than in most European, American and Antipodean countries, what is classed as “expensive” is still reasonable.

The cost of getting to World’s End is a little complicated because you have to pay a fee for the vehicle to enter Horton Plain’s National Park and then a fee per person, plus a service charge and then tax on top. This makes it slightly cheaper the more people you have in your group in the same vehicle. Luckily, because it is so complex, your jeep driver will work out the cost and purchase your tickets for you. They may add a little extra as a service charge but it’s really not worth trying to do it yourself… everybody has their driver get their ticket and they seem to have some kind of system in place to negotiate the chaos at the entrance gate! 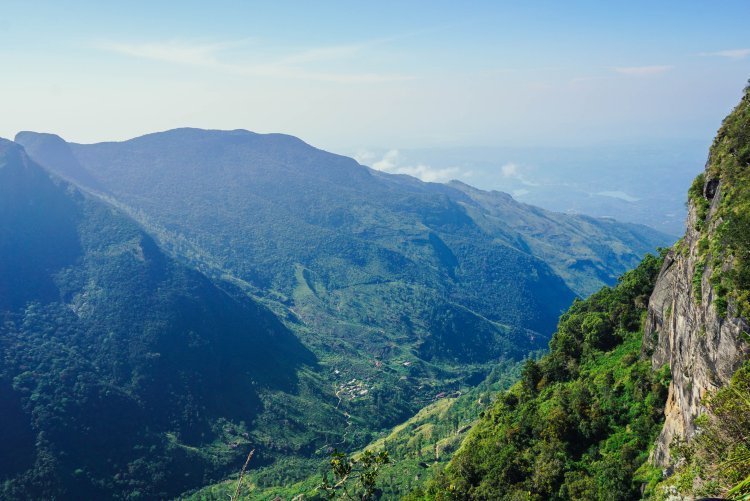 How difficult is it?

Most websites and reviews describe the trek as “moderate” and I think if you are of a reasonable physical fitness you will be fine. The biggest influencing factor to how difficult you find it will probably be the weather conditions. If there has recently been some rain you may find parts of the path hard to traverse and some muddy areas – this is one of the days to leave your sandals at the hotel!

You might notice that some people trekking have a guide with them, which is recommended if you are a little nervous about the trek. Many people hire a guide for their entire trip around Sri Lanka so if you have one already then ask them if they can accompany you. They have most likely done this many times before with other tourists so don’t be embarrassed!

As I have established this hike is not a walk in the park (unless you take that phrase literally) especially in Sri Lanka’s heat, so the real question is… 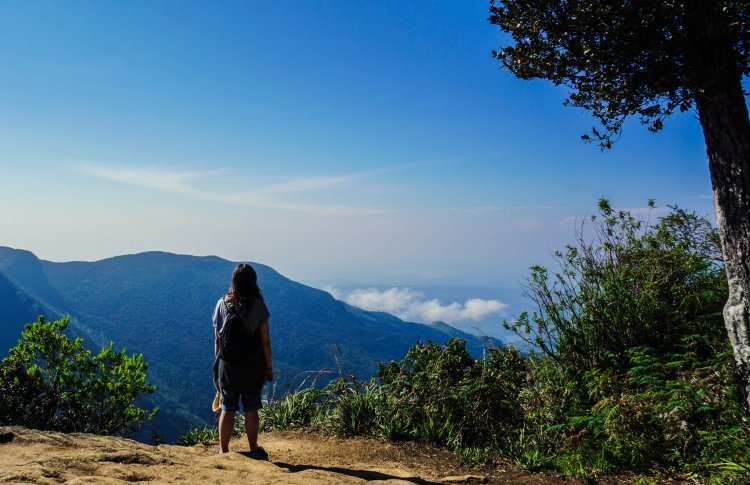 Is the trek to World’s End worth it?

Absolutely! When you reach the World’s End viewing platform it’s easy to forget all of the hard work it took to get there. While some people do rightly point out that there are other hiking opportunities in Sri Lanka that offer amazing views for no cost at all, there’s no way that you’re going to get to the end of this trek and be looking out wishing you didn’t bother! I would say, like Sigiriya Rock, Dambulla Cave Temple and Polonnaruwa, this is a tourist attraction worth splashing out on. 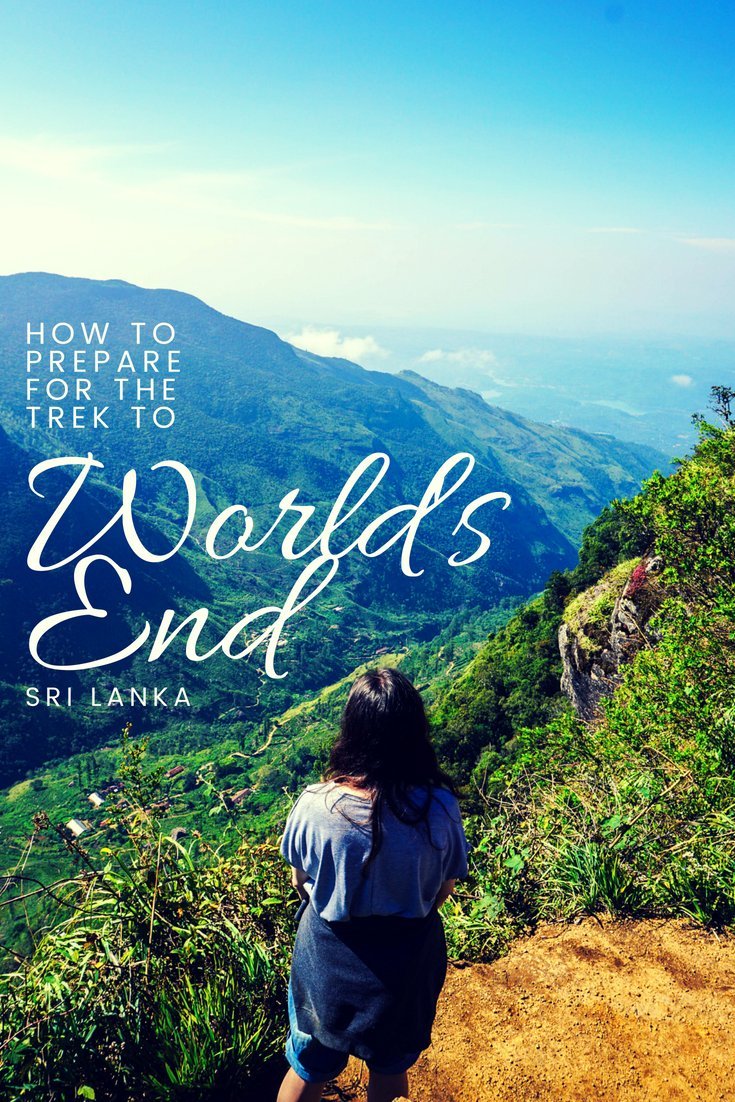