Some of you who have been here since the start will know that I lived in Melbourne for 6 months whilst travelling in Australia on a Working Holiday Visa. For some of that time I was unemployed and I wanted to find ways to occupy my days but spending as little money as possible. Naturally I became a bit of an expert on all of the free things to do in Melbourne. For a city that people class as “expensive” to visit there are also a lot of great things to do that cost no money at all, here are just a few of them… 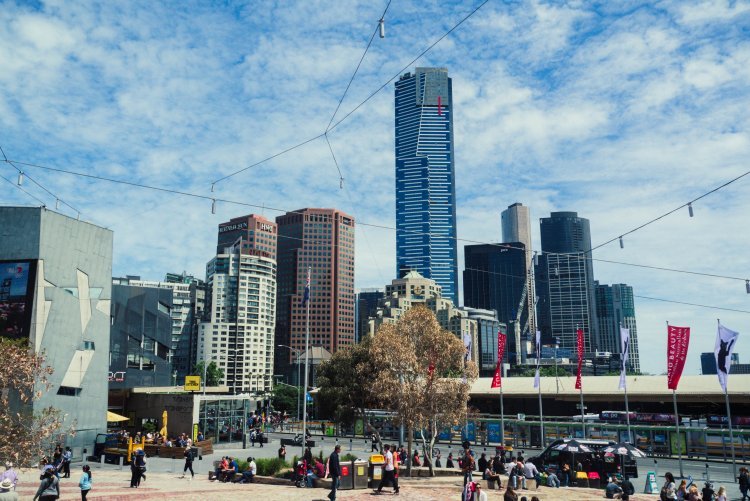 One of the best things to do as a first activity in any city is a walking tour and it’s even better if it’s free. I’m Free Walking Tours operate in both Melbourne and Sydney and they’re great – I actually did both tours in Sydney and the one in Melbourne during my time in Australia. On my Sydney tour I even had one of the owners of the business as our guide, which shows that they really are what they claim to be, a small independently-run company. Although the tours are free the guides rely on tips to make it worth their while. Even with a generous tip you’ll pay much less than you would have if they charged! 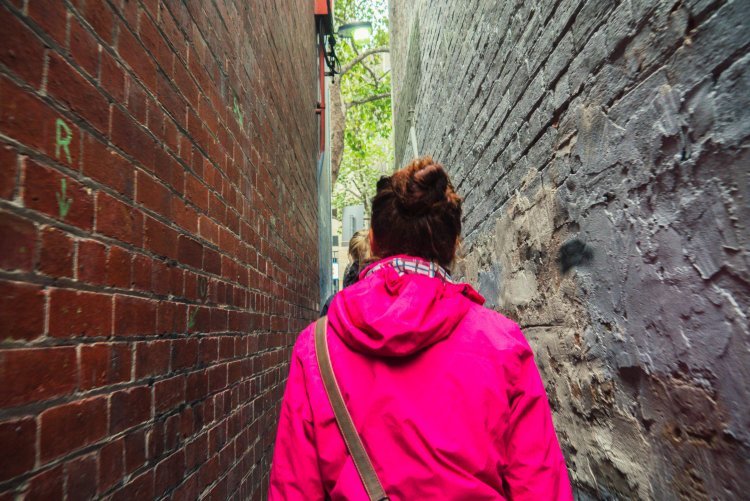 An alternative (or perhaps additional) way to get your bearings of Melbourne is to take a ride on the tram. I love a city with a tram network and the trams are really a source of great pride for Melburnians. Navigating the tram network on your first day in the city is a little ambitious and would involve you having to pick up a travel card (MyKi card) and work out the payment system – something I never full got the hang of!

However one fab thing about the Melbourne tram network is that they have a specific “tourist tram”. The no. 35 does a loop around the main city and has a running commentary telling you what attractions are at each stop so you can hop on and off when you want to see something. You can catch the tram from many of the main streets in the city including just outside of Flinders Street Station. 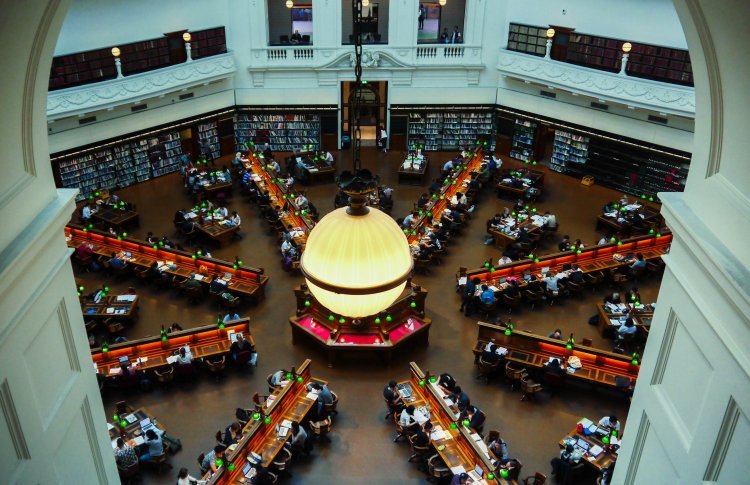 The State Library of Victoria is in the very centre of Melbourne near the main shopping centre so it’s bound to be on your route at some point and if you find yourself stumbling across it I highly recommend taking a look inside as it is beautiful! The central reading room is a really iconic feature and you can take the lift all the way to the top of the building to admire it in all its glory.

The State Library also has an exhibition space where interesting artefacts from their collections are temporarily displayed. When I was the exhibition was about Ned Kelly and they had his real armour on display, where you can see the bullet holes! 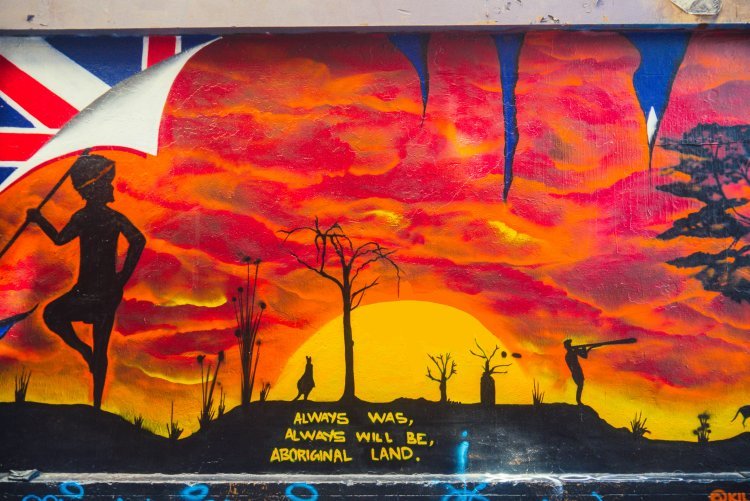 Melbourne is well-known for its street art. There are specific streets and places around the city you can go to see this where the walls have been specifically designated as street art spaces by the government. The street art here changes quite regularly so it is sometimes worth making a couple of trips if you are walking around nearby.

However you’ll also find plenty of street art even if you aren’t looking for it. Any stroll through Melbourne’s laneways will have you stumbling across something interesting!

Where to find the best street art in Melbourne

This is the sort of museum that people often miss and to be quite frank I only went here once I had exhausted my other options of free things to do in Melbourne. However, my preconceived notion that it would be a bit dull was wrong. The Old Treasury Building tells the story of Australia’s gold rush in Victoria. Highlights include the possibility of going down into the vaults to see where the gold was stored, and an exhibition space juxtaposing panorama images of Melbourne in 1862 and 2012. 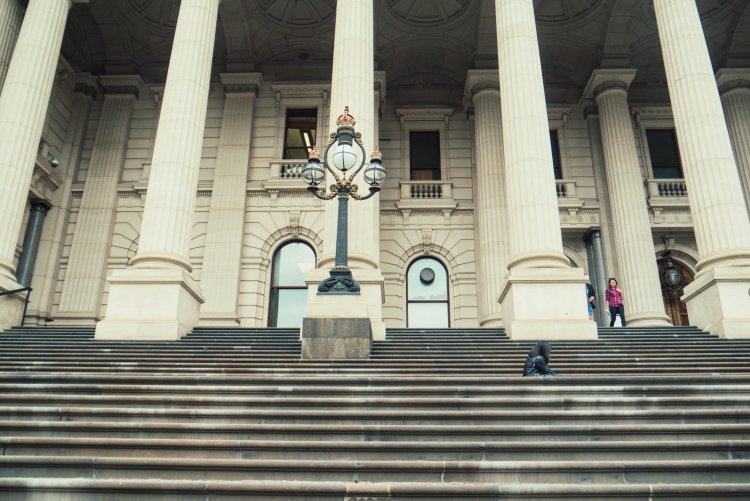 To find out more about the Australian government you might like to take a look around Parliament House. Even if you’re not really into politics the building in itself is impressive and inside it is even more lavish… more akin to a stately home than a parliament building! To truly see behind the scenes you will need to take a public tour and the good news is that they’re free! They run regularly due to their unsurprising popularity but you do not need to book, just ensure you turn up 15 minutes before the tour you wish to take to allow fr security checks.

When I took this tour whilst the information was very interesting the highlight was our hilarious, albeit also terrifying, tour guide who was taking absolutely no prisoners… watch out for her if you go! 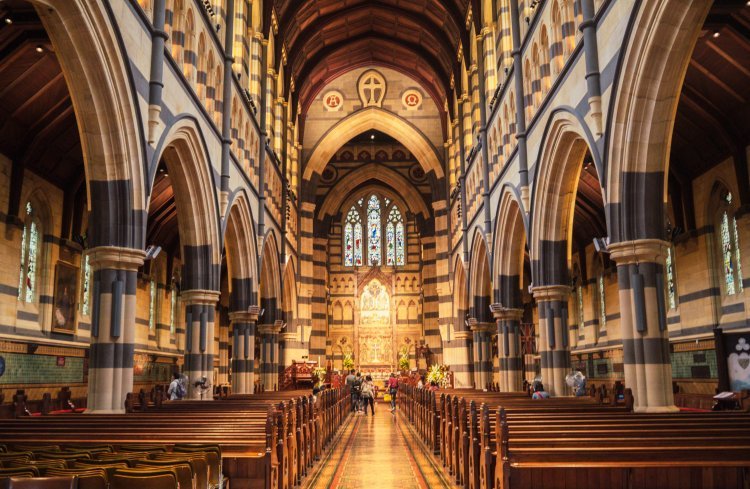 As a bit of a fan of interesting architecture I always head for a cathedral when I’m exploring a new city and if you’re anything like me then St Paul’s is worth a look around. It is very European-inspired in it’s style but inside the colours are quite striking. There are much warmer earthy tones than you’d usually find in this kind of building and the tiled floor is particularly striking. A little tip, if you want to take photographs you are told that you need purchase a $5 permit from the Cathedral shop, however if you visit outside shop hours you can do this for free. 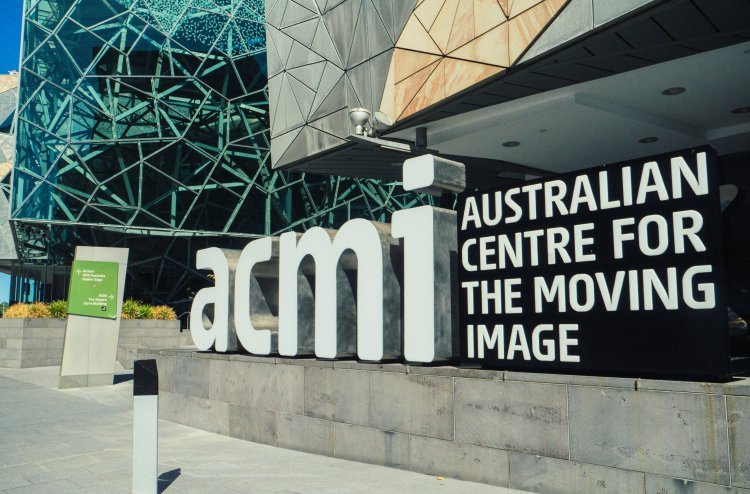 Taking the title of my favourite museum in Melbourne is the ACMI. Their permanent free exhibition Screen Worlds is an overview of the history of film, television, gaming and youtube in in Australia. They also have other great things going on that are paid for such as cinema screenings, talks and events and another exhibition space where they have had displays on topics as diverse as Wallace & Gromit to David Bowie.

Melbourne is a pretty big player in the Australian film industry and some of my favourite parts of the exhibition are the hubs dedicated to influential Australians and their work. Those featured include director Baz Luhrmann, costume designer Catherine Martin and actress Cate Blanchett, whose supporting actress Oscar is on display.

Everybody else’s favourite part seems to be the vintage arcade and video games section where they have set up some really old school games to be playable on modern computers. It is best to come outside of work and school hours if you want to have a go yourself as it is also free and therefore very popular! 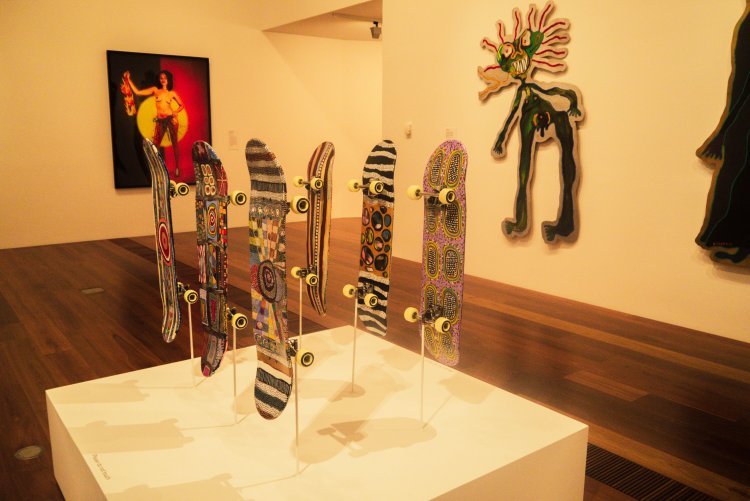 Just over the river you’ll find the cultural centre of Melbourne. This includes the performance venues Sidney Myer Music Bowl, Hamer Hall and the Arts Centre Melbourne as well as the imposing National Gallery of Victoria. While you might think that it looks big on the outside, the inside somehow feels even bigger.

The NGV charge for entrance into their temporary exhibitions but the permanent collection is free to view and there is so much of it. I spent an entire day wandering around quite rapidly and still didn’t see anything. By the time I was finished I was exhausted but culturally satiated, it’s a really fab way to spend an afternoon. If you are interesting in history you might take a particular interest in many of the artefacts on display – it is not just paintings! 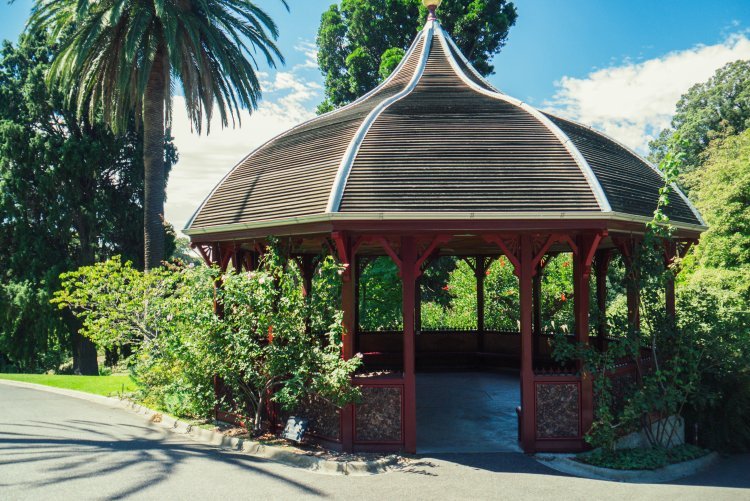 Just opposite the National Gallery of Victoria is Melbourne’s beautiful Royal Botanical Gardens. This is definitely my favourite outdoor area in Melbourne and one of my favourite botanical gardens in Australia. It’s a really lovely place to escape the hustle and bustle of the city and relax on a sunny day, I used to come here all the time to just hang out and read a book. 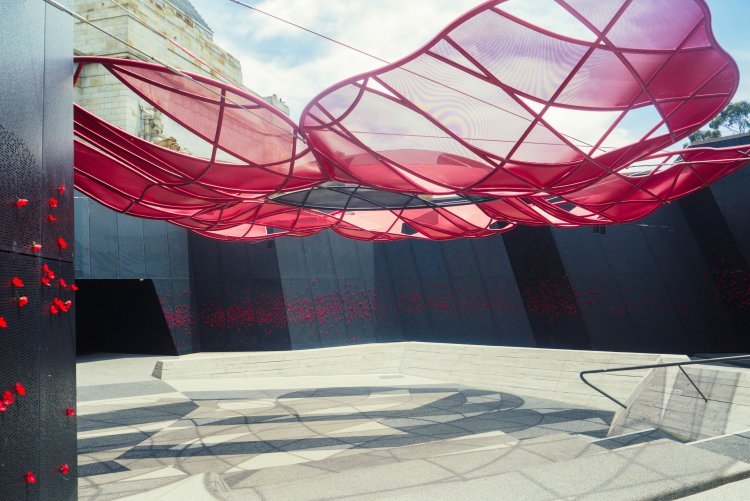 Right next door to the Botanical Gardens main entrance is the Shrine of Remembrance. It’s actually in the same bit of green space separated only by a road that runs through the park so it sometimes seems part of the gardens.

This is one of my favourite parts of the city, not just because the shrine is a fantastic building commemorating a poignant history but it is such a tranquil spot and offers fantastic views of the Melbourne skyline. Inside the shrine building there is a plaque on the floor and if you look up at the roof you’ll notice it is tiered and the top is uncovered. It was designed so that at 11am on 11/11 the sun shines directly down into the shrine over the word “love”. 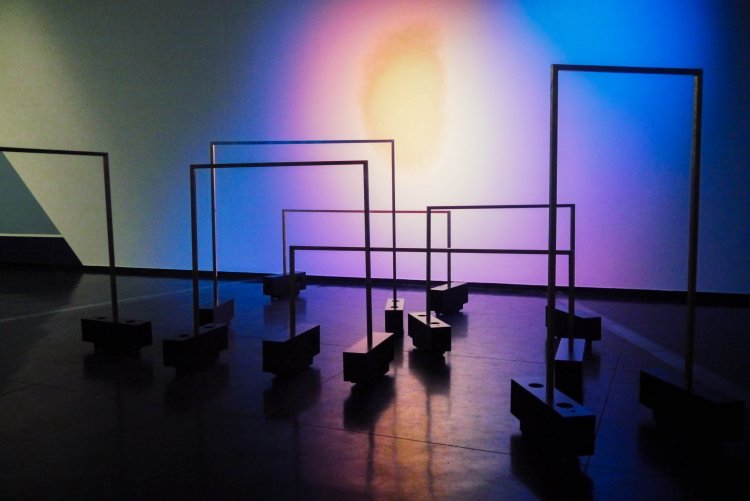 The Australian Centre for Contemporary Art is easy to miss as it’s not anywhere near the other art galleries in Melbourne. You’ll find it on the Southbank side of the river but near the Crown Entertainment Complex end. It is a huge rust red (quite unattractive) building dedicated to modern art and encompassing a small theatre.

What is interesting about the ACCA is that it works to encourage new artists. It commissions more artworks than it collects, which allows the artists freedom of creativity and results in some very interesting things. As with all modern art some will be to your taste and some not but that’s what I love about it. After all, you can’t complain when it is completely free to visit! 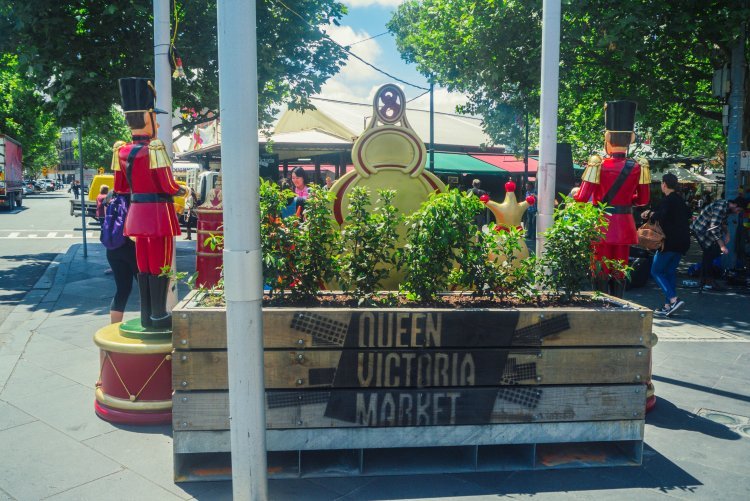 Another one of my favourite free things to do in Melbourne is visit the Queen Victoria Market. It’s a bit of a trek to get there compared to the other items on this list as it is in the north part of the city but it’s absolutely worth it. All year around there is a fresh produce market and an array of food stalls and speciality arts and crafts stalls during the day as well as some events and festivals that extend the opening hours seasonally.

If you’re lucky enough to be visiting Melbourne in the summer then you can experience the buzz of the incredibly popular Night Market which takes place every Wednesday from 5pm to 10pm. The main focus of the Night Market is street food and drink and you’ll be able to find incredible freshly cooked treats from all around the world. The atmosphere is always incredible with people sitting outside sipping on beers, live music and the steam of the woks as you walk through the stalls.

Honestly just talking about QV Market is making me want to hop on a plane to Melbourne right now! Let me know your favourite things to do in Melbourne (free or otherwise) in the comments 🙂 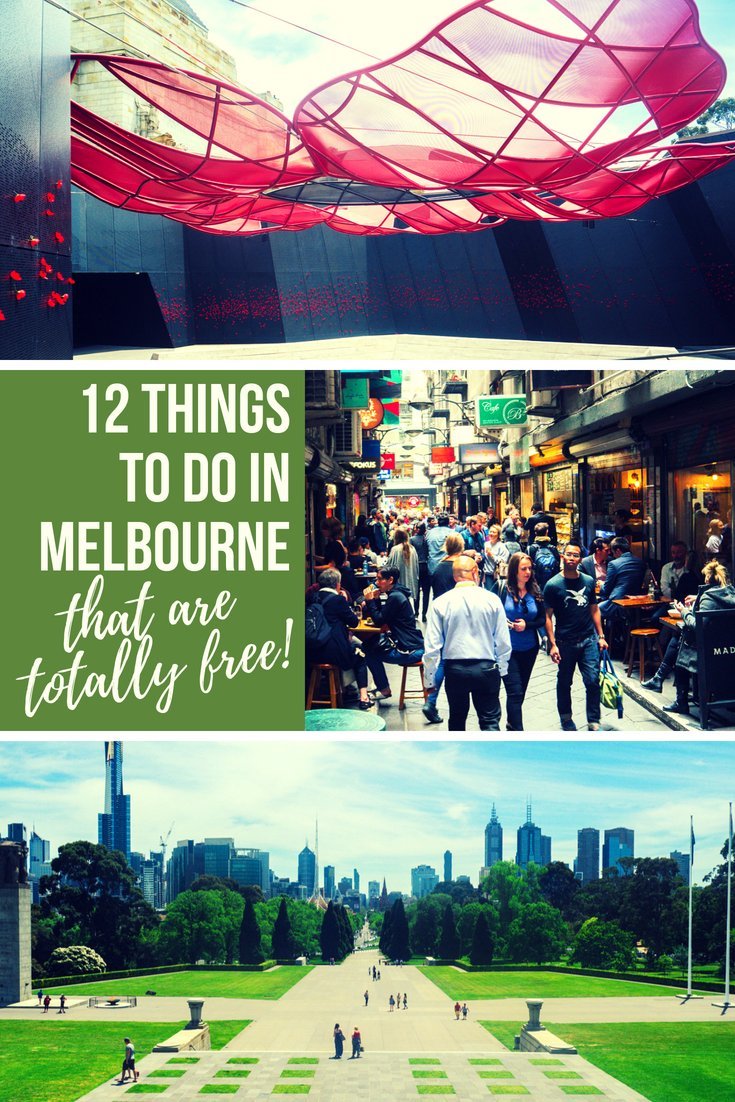 5 of the best cultural things to do in Oslo