I have to admit that I do feel like somewhat of an expert when it comes to navigating the Balkans by bus. Having spent several weeks this year travelling from Greece through Bulgaria, Serbia, Bosnia, Croatia and Montenegro I learnt a lot about the sometimes confusing world of bus travel in this part of Eastern Europe. I tried (often in vain) to research many of the journeys I had to take in order to gain some kind of understanding as to what I could expect but could never find very much information so I’ve compiled this post of everything that I learnt and I wish I’d known before taking my trip. If you’re planning on travelling in the Balkans by bus then this post is for you…

How to check the best route to your destination

There will be a couple of things you need to take into consideration when it comes to working out how to get between different places in the Balkans… the difference in cost and the difference in the time taken between different modes of travel.  Whether your time or money is more valuable to you on your trip will most likely have an influence on how you decide to travel but often, as travel is relatively cheap in this area of Europe, you’ll find it is worth spending the few pounds extra to save yourself several hours of travel time!

Tip: I use the website Rome2Rio to compare different methods of transport. This gives you an idea of the cost, travel time and any connections. 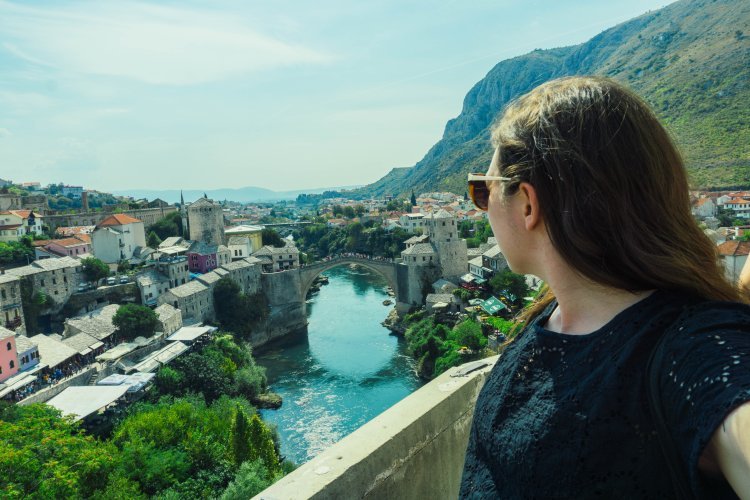 It is usually better to travel by bus in the Balkans

While in most places taking a train would be faster when travelling long distances that’s not the case in the Balkans. In Eastern Europe many countries have very old train networks that are badly maintained, very slow and not the most pleasant to travel on.

A fun fact, my original plan on this trip was to take the train around this part of Europe. As soon as I came to do my research I soon realised this wasn’t a good idea!  While the train is sometimes a tiny bit cheaper than the bus the journey times were often much longer.  The only time it could possibly be worth it in my opinion is if you are able to get a sleeper train and save money on a night of accommodation… I think there are a few of these about, one I looked at between Greece and Macedonia.

While I am happy to do things on a bit of a whim I do like to have a vague idea of what I’m doing about a week in advance whilst on a backpacking trip.  However it’s absolutely not necessary to book your transport more than a couple of days in advance when travelling around the Balkans. In fact on many routes through Bulgaria, Serbia and Bosnia it would probably be quite possible to turn up half an hour before the bus left and still buy a ticket with no problem.

Tip: Book your bus ticket at the bus station in person as you will almost always need the ticket to be printed.

However I would always recommend booking as far in advance as you can once you know which date you will be leaving. There are some routes that are very popular (especially around Croatia and Montenegro) and some that only run 1 or 2 buses a day. The popularity of your chosen bus will also depend on the time of year you are travelling so it is just better to be safe than stranded! 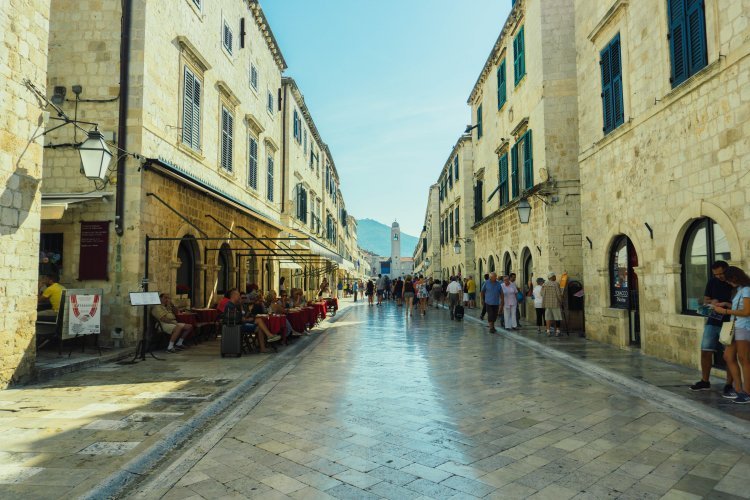 Whilst the internet was incredibly helpful for me on my trip (honestly sometimes I don’t know how i would have figured out anything without the information on Trip Advisor forums and just a good Google search), the travel information for bus and train routes through the Balkans is dire!

Most of the websites have not been updated in years so even if you can access them and they have a page in English the information is often wrong when it comes to the times and prices. Your best bet is to rely on the staff at bus station for accurate times and prices.

Tip: Usually all of the information you need is printed on your ticket rather than being displayed at the station. So you can find the time and platform number on the ticket, which is all you really need!

Most of the bus stations do not have live departure information in the same way as they do in other parts of Europe so there aren’t any last minute changes, they already know where the bus will be pulling up a week in advance because it is always the same.

Check to see if you have a seat number

On some buses you will have an allocated seat with the number printed on your ticket and on others there will be no seat number. This is pretty straight forward but in some situations I found I had an allocated seat but when I boarded the bus there were no seat numbers and so I was flailing around trying to work out whereabouts my seat would be in case I sat in the wrong place and faced a huffy fellow passenger.

In the end I decided to follow the crowd. So if it looks like people are just sitting anywhere then you’re probably okay to do that. If people look like they are searching for specific seats when they board then it might be best to check your ticket and see if you’re where you’re meant to be. 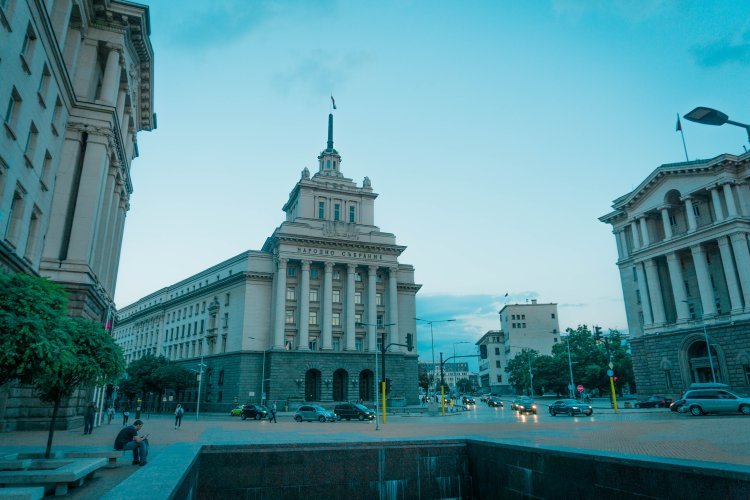 If you have a suitcase or large backpack the bus driver will most likely make you put it in the luggage hold underneath the bus.  On most buses there is a small charge for this (usually around the equivalent of 1 euro) which you pay to the driver or whoever is loading the luggage. They sometimes will give you a ticket/sticker/slip of paper in exchange that you keep to identify your bag when you disembark.

Note: Bags might be loaded on different sides of the bus depending on your final destination but the bus driver will ask you about where you are getting off if this is the case.

Whilst I don’t recommend relying on information online about bus departures I did sometimes do a quick check of things like the length of bus journeys (or you can ask when you book your ticket).  Now if there’s a border crossing involved in your trip you should probably take the estimated journey time as an absolute minimum.

Border crossings can vary greatly in time depending on queues, the time of the day and even the circumstances and nationalities of the other people in your bus.  I grew to realise that every time I crossed a border I arrived at least 1 hour later than the scheduled arrival time, and that was just on average – one day I spent 4 hours at the Croatia/Montenegro border!

If you have somebody waiting on your arrival or you have to give your accommodation an approximate arrival time it is always best to let them know where you are coming from and that you will be doing a border crossing by bus. That way if you are late and unable to contact them they will know the reason. 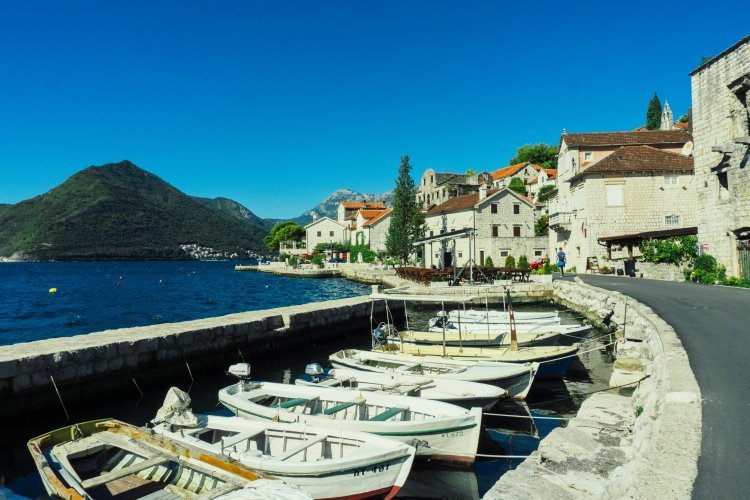 All border crossings are different

There is no real way to anticipate what you will have to do when crossing the border between countries in the Balkans. I crossed land borders by bus at Greece/Bulgaria, Bulgaria/Serbia, Bosnia/Croatia and Croatia/Dubrovnik and every single time there was a different procedure.

For some the border officials will get on the bus and check your passport, this is the best kind as it’s usually quickest. For others you may have to get off the bus and go through a passport control building as you would in an airport.  Another time the bus driver collected everybody’s passport and dealt with the whole process then handed them back out once they had been approved (this doesn’t make a huge amount of sense to me because the border officials don’t actually check that you match the passport?) Nobody ever actually explains what is going on so you have to rely on following the crowd in each situation.

It can be a bit intimidating navigating the buses in the Balkans due to the lack of information in English and the fact that once you get away from the more popular tourist routes there isn’t often anyone speaking English to ask if you have any questions. The good news is that once you get the hang of it you’ll find it’s actually not that difficult. Hopefully what I learnt and have shared here can help you be a little more prepared for your Balkans backpacking adventure! 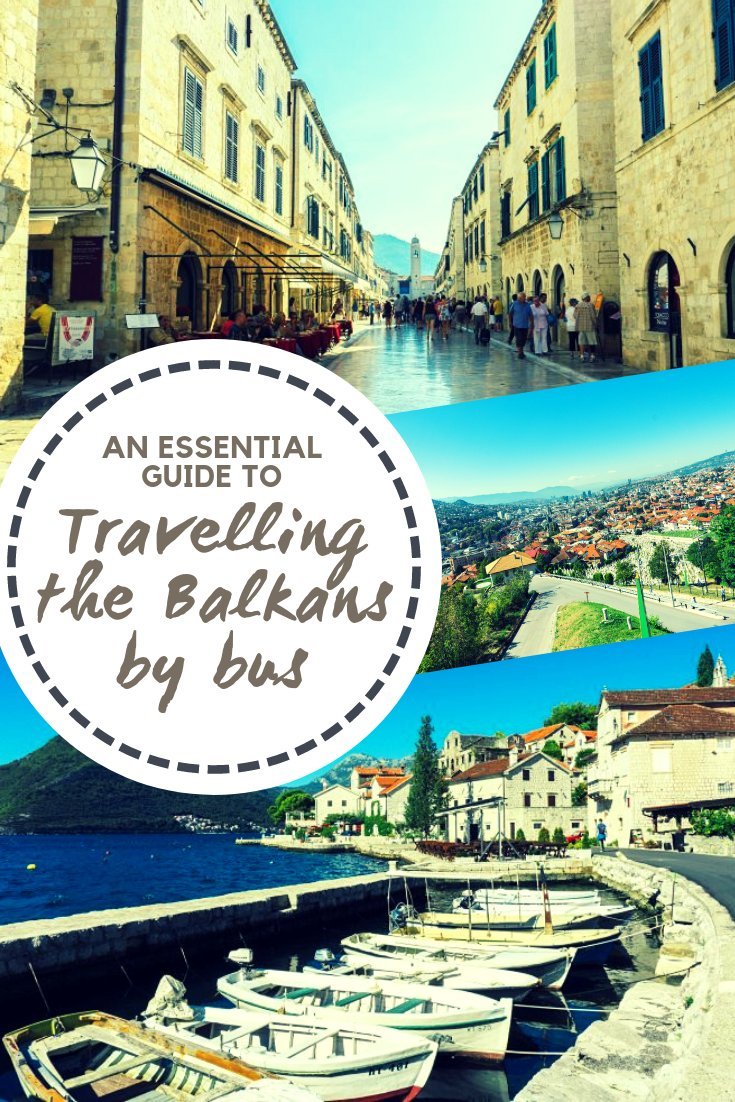 5 of the best ancient sites to visit in Athens

Hi! I would love to visit the balkans, could you tell me more about your itinerary ?
I would also apreciate to know few orientative prices.

Absolutely. I am planning on writing a whole post about my itinerary and how much money I spent in each country. To give you a rough idea, I travelled for 24 days through Greece, Bulgaria, Serbia, Bosnia, Croatia and Montenegro and stayed for 2-3 days in each place (in some countries I visited 2 cities).

In total I spent around 1900 euros (£1600.00) but it is possible to do it for cheaper as I chose airbnbs over hostels for the majority. Some countries are also cheaper than others.

I want to visit Kosovo, Montenegro, Macedonia, Serbia. Fly in to one place leave via another over 3 weeks. Late July to August. Suggestions?