Serbia has never really been a place I’ve been desperate to visit, but when I came to do the research for where I should visit on my trip around the Balkans by bus last summer, it peaked my interest. Mostly because it’s a destination I don’t hear many people talk about and so I had no expectations. I promptly added the capital, Belgrade, to my itinerary, and I was so glad that I did! There aren’t huge amounts to do but it’s certainly enough to fill a couple of chilled out days on an alternative city break.

Stay in a floating hotel

Belgrade is a city that makes a feature of its river. The Danube is home to the riverclubs that make up the capital’s infamous nightlife scene… because everyone wants to party on a boat. But if clubbing isn’t your thing there are still plenty of other enjoyable ways to get out on the water. Eat at a floating restaurant for the best views of the city, or even stay in one of the floating hotels, apartments or hostels.

I stayed at ArkaBarka during my trip to Belgrade, which is a floating apartment block / hostel across the water from the main part of the city. It’s not the most central location – it’s situated just off a large quiet park area across the Brankov bridge – but there are still restaurants and shops nearby so you’re not totally isolated. There is even a little complex of floating restaurants off the same park just 5 minutes away, and you’ll be glad for the tranquility when it comes to sitting out on the deck and enjoying dinner as the sun goes down.

Climb up the Belgrade Fortress

The most visited attraction in Belgrade is the fortress, and while it is essentially the only remnants and exteriors that remain and/or are open to the public, it’s not hard to see why it is thought to attract over 2 million tourists a year.

This is undoubtedly the place to come for the best view of the city. On one side you have the view over the centre of Belgrade and on the other you can see the place where the two rivers that run through the city meet; the Danube and Sava. Make sure you check out the Ružica Church, which is just outside the walls of Belgrade Fortress. It’s a beautiful little building entirely covered in greenery and inside there are two chandeliers built entirely from bullet casing and weaponry!

Nikolai Tesla is possibly the most famous figure in recent Serbian history (I’d make an argument for Novak Djokovic being a close second – or maybe that’s personal bias), they even named their airport after him. I’ll admit I’d only heard of Tesla’s name in relation to Elon Musk’s electric cars. It turns out there’s a clue in that, because Tesla was an inventor and electrical engineer who is best known for his contribution to the invention of the modern alternating current electricity supply system.

Now I’ll admit I have as much interest in electricity as the average person but I figured I could do with learning something about Serbia’s most influential figure – and also the queue out of the door signalled good things. As of summer 2018 when I was there, there were only 2 or 3 rooms open to the public in the museum and so you are actually taken around in groups by a member of staff where the models and inventions are explained (and sometimes demonstrated) to you. This interactive element makes it much more than the usual museum and I felt like I really took a lot from the experience than I would have if I’d been fed a ton of dry information like you are in a lot of museums.

Skadaralija to Belgrade is what Montmartre is to Paris. This area of Belgrade started to develop into the artist’s quarter in 1901, and has since been the residence of musicians, poets, writers and the city’s most alternative residents.

Pleasingly, it has retained it’s quaint and bohemian vibe while still being a bustling and popular area. The cobbled pedestrianised streets are lined with cafes and restaurants, there are street performers and musicians and an abundance of flowers, making the whole area just look lovely.

Marvel at the Church of Saint Sava

Probably Belgrade’s most famous building, and something that pops up again and again in photos, the Church of Saint Sava is an undeniably impressive sight. It’s the largest Orthodox church building in the Balkans, and ranks as one of the largest in the world.

There’s a secret to the Church of Saint Sava though. When I visited, there appeared to be conservation work going on inside, which meant you could only enter (what seemed like) a side room with images of saints for prayers and offerings. It was only when I tried to find out what refurb work was going on that I found out the Church of Saint Sava is essentially Eastern Europe’s Sagrada Familia. This article in Vogue explains the story, but basically it’s been in various stages of construction for the past 100 years, disrupted many times by war and political strife.

Despite there not being much to see inside, the exterior is quite a sight and you can visit the completed underground crypt, which is incredibly beautiful. If it’s any indicator of what the inside will look like when it’s actually completed I’m sure they’re going to need many more years of work to get it finished but that it’ll be a sight to behold! 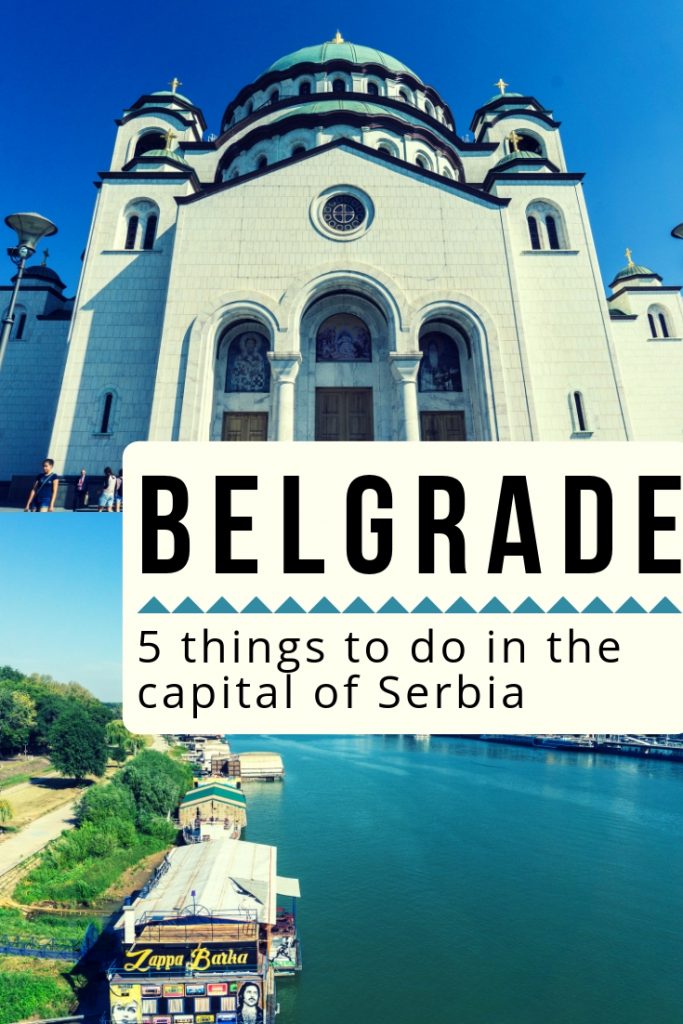