It’s not exactly the first activity you associate with Iceland, but when I heard that it was possible to go snorkelling in the silfra fissure – the gap between the Eurasian and North American tectonic plates – I knew I had to do it. Not only was this an opportunity to snorkel in some of the clearest water in the world, but it’s also the only place where you can snorkel between the Earth’s plates… pretty cool right?

On the day we were set to do the snorkel the weather was raining heavily in Reykjavik… this only got worse as we progressed on the 45-minute drive to Þingvellir National Park. I visited Þingvellir on a previous trip to Iceland back in 2013 and my experience is that the weather is always more extreme outside of the city (last time it was actually snowing in the National Park when it had been sunny in the city!)

We stopped for a quick toilet break at a cafe close to the start of the tour – as there are no toilets near the site – and then pulled into a little car park where you get ready to go snorkelling in silfra fissure! The whole operation is a bit complicated as there’s quite a lot of equipment to get on before you’re ready to go, but it was so well-organised. 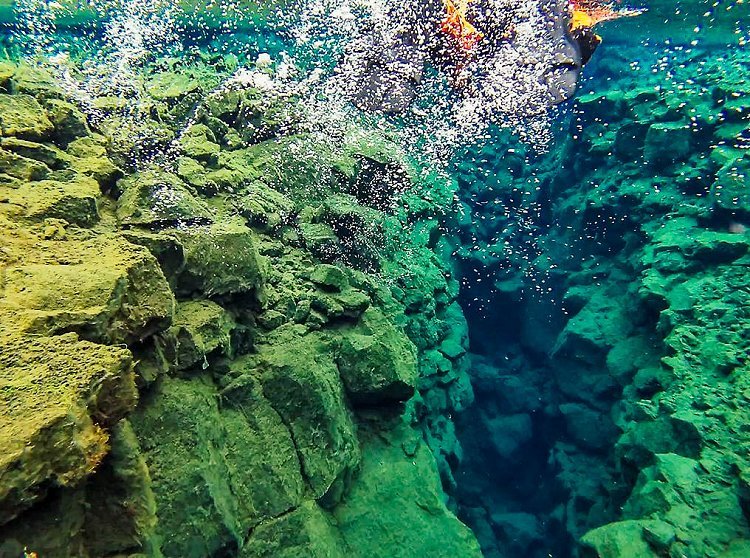 Essentially there are several vehicles containing the various equipment – drysuits, gloves, hoods, snorkels, fins etc. – and you’re instructed to collect one layer at a time, returning to the minibus each time to change.  All-in-all it takes a good 30 minutes just to get geared up and ready to go. Luckily there are a whole team of people on hand to help, as it can be quite difficult getting some of the bits on when you’re wearing so many tight layers of clothing!

Unlike with normal wetsuits, which let in a little water that then heats up to keep your body warm, in this instance you’re suited up to best ensure that no water gets into your suit at all. The only exception to this is with your gloves, which is why the only parts of your body that (should) get cold during the snorkel are your hands and face. Our team were amazing at making sure that everyone was properly equipped and ready to go and – although you are pre-warned that the suits can sometimes leak a little – nobody in our group got any water in their suit! 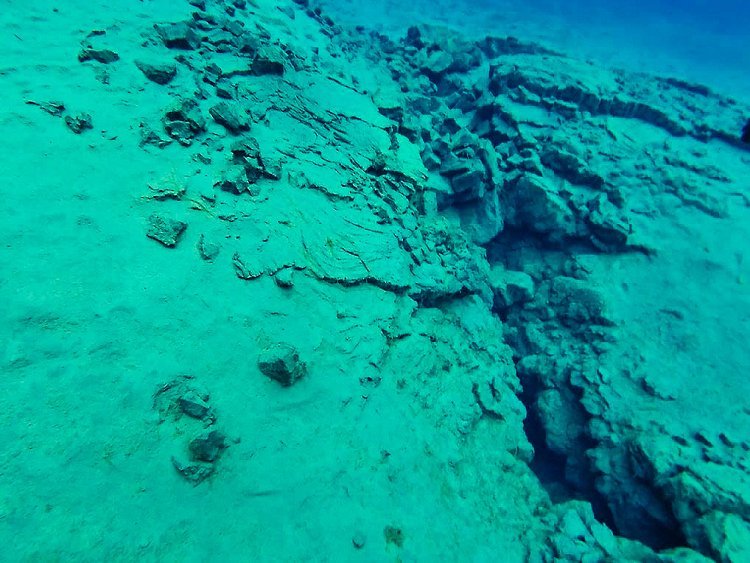 Once we were fully equipped, we were introduced to our snorkelling guide – a hardy Icelandic guy without half the layers we all had on! – who gave us a quick briefing, pointing out where we were going to snorkel on a map. After that it was just a five minute walk (or more like a waddle with all those layers on) until we reached the platform where you enter the water.

Upon entering the water it’s a very strange experience. We were warned that it was impossible to sink because of the drysuits but I’ve never been so buoyant in the water before and it took some getting used to. I was actually floating so much that I couldn’t get my legs vertical, which meant that whenever I wanted to look up and see where our guide was I had to crane my head at an uncomfortable 90 degree angle before facing back down in the water. Most of the time I couldn’t look anywhere but directly down. Usually I like to look at least slightly ahead so I can see where I’m going when I snorkel so this was a bit disconcerting but, because you don’t have to watch out for anything much in terms of wildlife, and it’s near impossible to get lost, the only concern really is colliding with your other snorkellers – especially in some of the narrower parts of the swim. 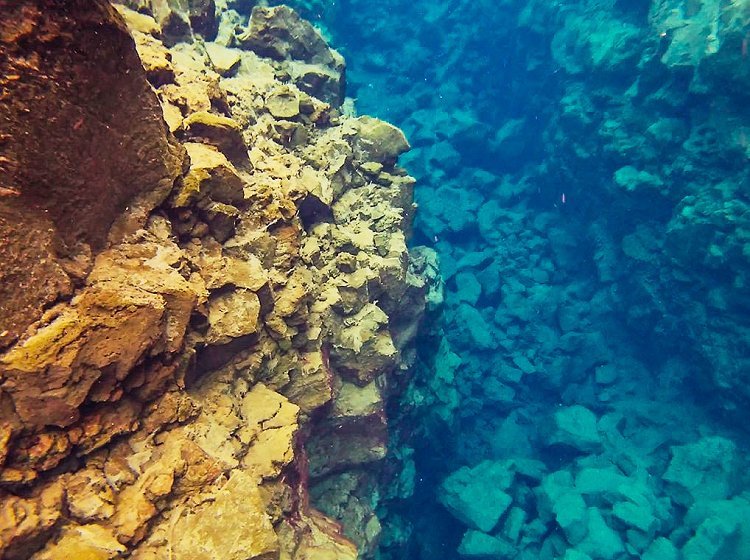 It’s a pretty slow-paced swim because the buoyancy does slow you down (at times I felt like I was kicking and not getting anywhere at all) and overall took us just over half an hour to complete. Most of the time it’s swimming straight through the two sides of the rock, so an easy path to follow, but some bits are very shallow and sometimes the rock drops right away giving you amazing visibility down about 100m to the bottom! The colours also vary as the light changes and depending on the depth, which is amazing to see.

Towards the end of the snorkel you have to make a left and swim into an enclosed pool-type area where there’s a platform on the other side to exit the water. The guide explains this to you beforehand and they do stress quite a bit that it’s important not to swim onwards because if you get out into the lake beyond you have to be rescued by helicopter. I did read that there is a small current to swim against so was a little bit apprehensive about this bit but it wasn’t at all noticable and I think it’s basically impossible to go the wrong way as our guide stood and directed anyone. You would have had to actively swim past him to go the wrong way! 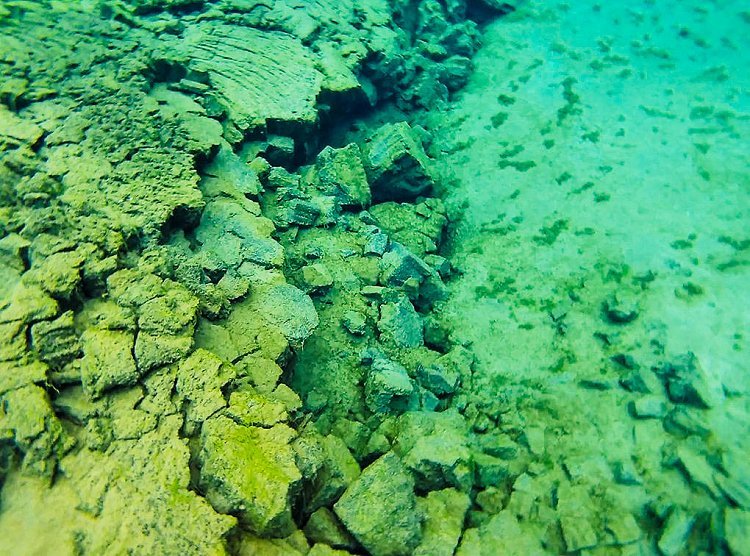 The water temperature is said to be =2 degrees celcius… so cold! The good news is that really it’s not too bad at all. All of the equipment is designed to keep you as dry as possible and the only part of my body that was uncomfortable because of the temperature was my hands. However, they do say to keep your hands behind you when snorkelling to minimise the water getting into your gloves, and I had my GoPro so obviously didn’t take that advice. If I had, maybe I would’ve been warmer!

You’ll be given guidance of what to wear by your tour company prior to the excursion but you should wear thermals and thick socks which you keep on underneath your wetsuit. Also make sure you have a set of clothes aside from what you’re wearing under your drysuit to change into in case your suit does leak.

There are a number of companies that offer snorkelling tours in Silfra fissure but we went with Arctic Adventures, who I’d highly recommend. Our tour wasn’t sponsored or gifted. 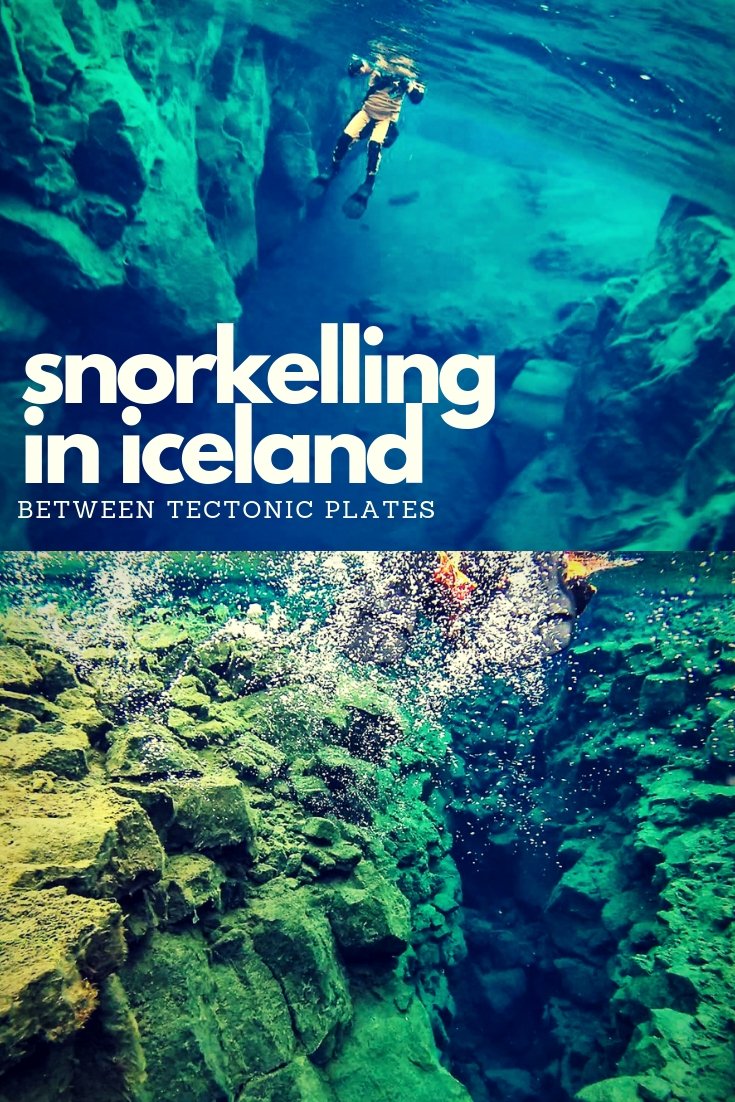 10 things to do during your city break to Valencia