When I first visited Reykjavik back in 2013, it was slowly becoming a more popular travel destination, but most people were still confused why we were going. However, since Icelandair introduced its budget flights between the UK and U.S. – many of which offer an Iceland stopover at no extra flight cost – tourism has really taken off. Re-visiting Reykjavik this year I was amazing by how much it had changed in just six years!

So you’ve just landed at Keflavik Airport. Before you head straight to your accommodation in Reykjavik it’s time to kick-start your Iceland adventure with a little detour to the Blue Lagoon!

One of Reykjavik’s most popular tourist attractions, the Blue Lagoon is a must-do activity on your Iceland stopover and, due to its location, most people visit on their way either to or from the airport. There are lots of transfer buses outside the terminal so just be sure to hop on one going to the Blue Lagoon instead of Reykjavik. 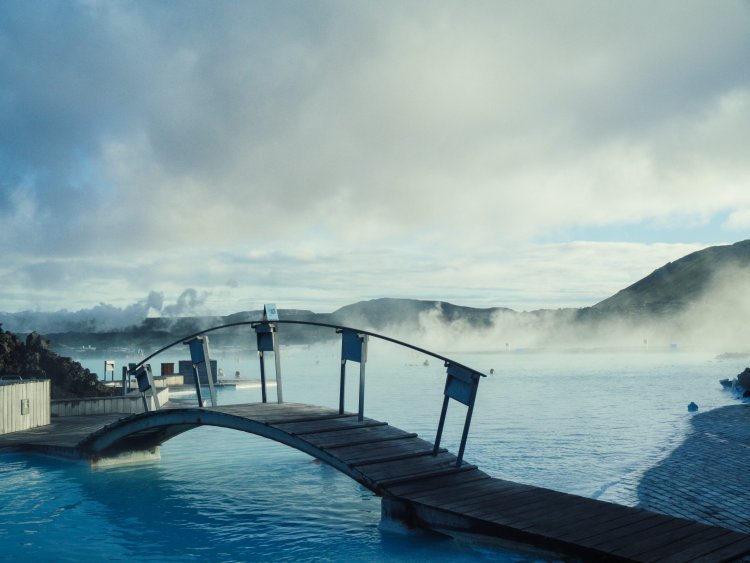 Some people say the Blue Lagoon is touristy and overpriced… and it’s true. But it’s also undeniably a really enjoyable experience and I’d recommend it to anyone who’s not on a tight budget. It is popular, but thanks to it limiting the number of visitors it admits at one time, it doesn’t feel any more crowded today then it did back when I first went in 2013 (yes, it’s that good that I’ve been twice!)

A good few hours at the Blue Lagoon later and by the time you’ve hopped on the bus to Reykjavik and checked into your hotel it’s time for dinner. The capital now have a plethora of amazing restaurants, with every kind of cuisine you could wish for, from Italian to Vietnamese. One of my favourites is Le Bistro – a Parisian style cafe which serves French food with an Icelandic twist.  If you’re feeling brave you can even try traditional delicacies such as fermented shark here, but if I were you I’d stick to the French stuff! 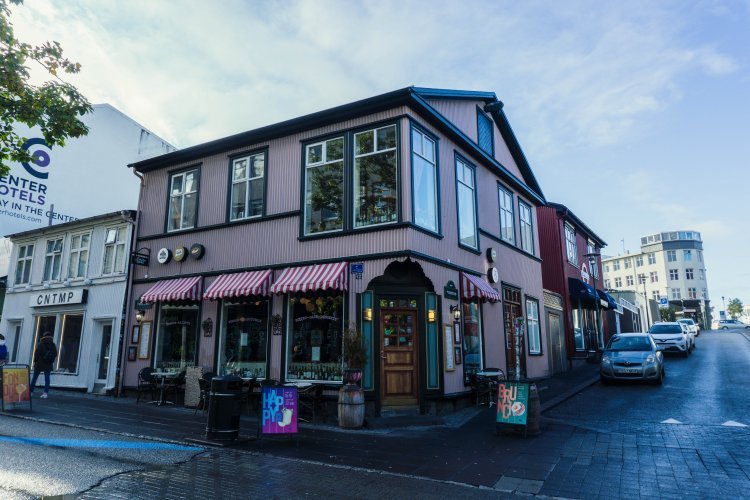 While visiting Reykjavik is wonderful, no Iceland stopover is complete without getting out to see some of the amazing natural surroundings – and even during a fleeting visit there’s time to squeeze in a half-day trip. There are a number of activities to choose from, including ice caving, horse riding on lava fields or snorkelling in the crystal clear icy waters between the continents for you adventurous travellers. If you prefer to be an observer of natural wonders then you can’t go wrong with a golden circle tour to see the waterfalls and geysers! 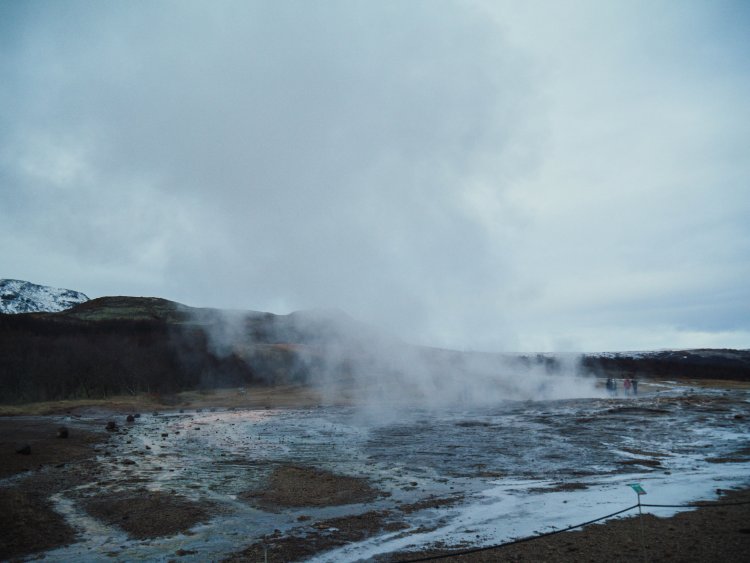 Back in 2013 we chose to do the golden circle tour but this time opted for the snorkelling adventure! Check out my previous blog post to find out all about it:

Depending on whether your half-day tour sets off in the morning or afternoon, be sure to leave the rest of your day free to fully explore the sights of Reykjavik. Spots not to miss include the much-loved Sun Voyager sculpture by the waterfront and iconic Harpa music hall closeby. The Harpa is the home of Iceland’s Symphony Orchestra and primarily stages concerts, although some theatrical productions also take place. You might choose to spend your evening there (check the listings here) but it’s worth stepping inside anyway just to take a look at the amazing architecture of the building, designed by Olafur Eliasson. 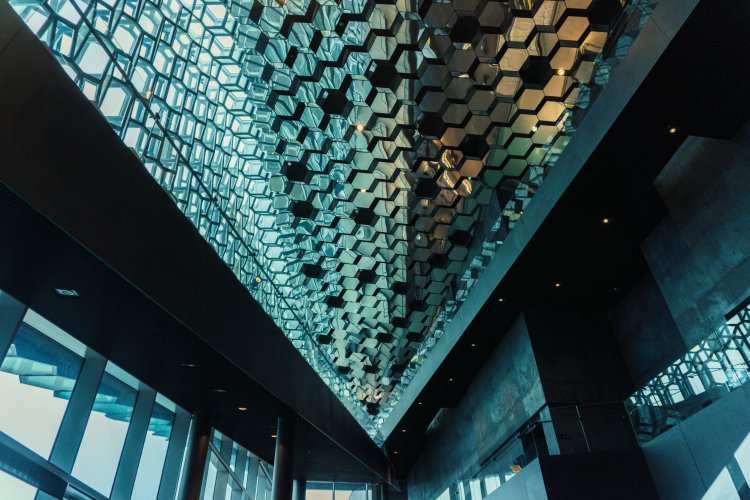 Sitting tall and visible across most of the city is Hallgrímskirkja, which is next up on your itinerary. In the typical Scandinavian style the interior decoration is kept minimal, with the organ being the main feature, but the unusual shape of the exterior has made this building iconic. It was designed to evoke the mountains and glaciers of Iceland’s landscape, which could be why it somewhat reminds me of another of my favourite churches – the arctic cathedral in Tromso, Norway! Also, if you want to know where to get THAT PHOTO you always see of Reykjavik, it’s from the top of Hallgrímskirkja. 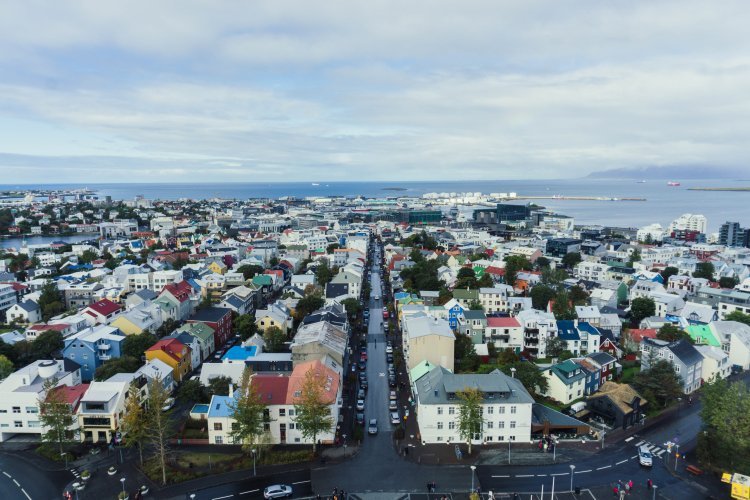 For dinner this evening, it’s all about fish. As you would imagine, fish is a big deal in Iceland, and it doesn’t come much fresher or better than at Sægreifinn. This casual street-food style restaurant is located in one of the cutesy turquoise huts down by the fishing harbour and is extremely popular. They don’t take reservations so you might have to wait as there’s often a queue out the door at mealtimes – however it’s very worth it! It’s a limited menu but everyone orders their famous lobster soup and then (for a bigger meal) a fish kebab – the choice of fish being what has been caught that day. 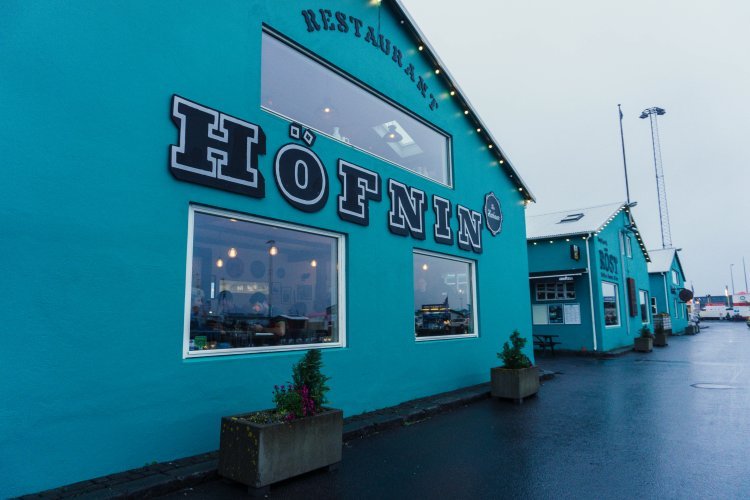 If you’re lucky enough to have an extra half a day to explore before your Iceland stopover comes to a close, you might choose to visit one of Reykjavik’s many museums. The Perlan is the most popular, with many interactive elements including a walk through a glacier and a simulation of the Northern Lights, but (like most things in Iceland) it comes with a rather hefty price tag and could be difficult to see all of unless you have almost a full day.

Alternatively, if the weather’s good you might choose to take a ferry over to Videy Island. There’s not much to ‘do’ per-say but if you like nature you can’t go wrong. The island offers the chance to see nesting birds and get panoramic views of Reykjavik. Plus, it’s the home to Yoko Ono’s Imagine Peace Tower, which lights a beam into the sky from October to December, which can be seen from the city.

If you’ve time to eat before catching your flight, the best lunch spot we visited was undoubtedly Cafe Loki. This traditional Icelandic cafe is proof that not all the great restaurants are off-the-beaten track, as it’s located right next to Reykjavik’s number one attraction, Hallgrímskirkja. If fish is your jam then I highly recommend trying one of the set menus – the trout and mashed fish/egg on rye bread is delicious! – and regardless of what you choose, or the time of day, don’t leave without tasting their famous rye bread icecream!

Of course, a huge draw for many people on an Iceland stopover is still the chance to get a glimpse of the Northern Lights. The chances of seeing this natural phenomena increases the more north you are, and you need maximum darkness and a clear night. This means it’s not always possible to see them in Reykjavik – even in ‘Northern Lights season’ which is considered to be late September to March. Your best bet if you are visiting at this time though is to book on a tour. The tours take you out of Reykjavik, so the visibility is clearer, and buses go to different areas, then alert each other if they see anything.

Have you visited Iceland on a stopover or longer trip? No doubt I will be back so spill your favourite activities and foodie recommendations in the comments! 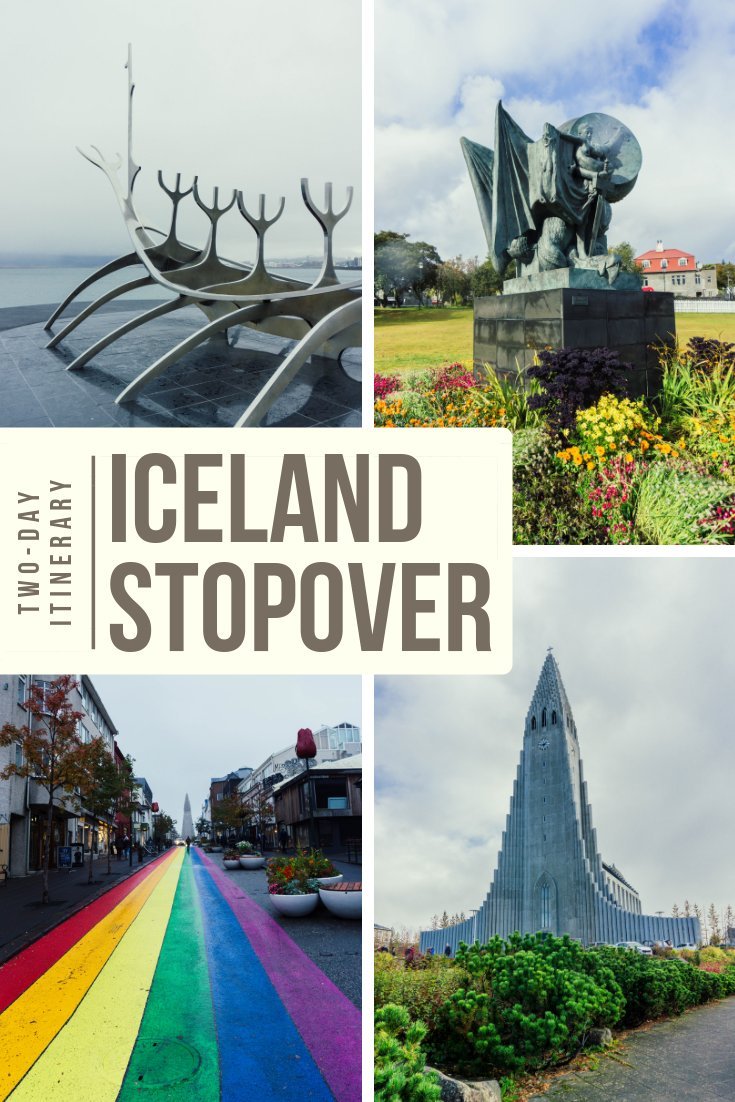