Most people choose Kotor as a base for their trip to Montenegro, and it’s undeniably a good choice, offering plenty to do, while also being really easily accessible for shorter day trips to less tourist-heavy towns dotted around the bay. If you’ve got the time to spare one trip worth taking is to the lovely little town of Perast, which is about 20 minutes down the road by bus.

How to get there

Like many places in Eastern Europe, when it comes to catching the bus in Kotor it can take some guesswork. All I knew was that you have to catch the Blu Line bus from somewhere along the road that runs in front of the city gates. Luckily it wasn’t as difficult as I imagined. When you exit the main gate, turn left and walk past the market. There is a small park-type area with a few benches and usually some people waiting. The bus stops just in front of there. Although there is no bus stop, ‘bus’ is painted on the road in yellow, so you’ll know you’re in the right place.

The bus is extremely affordable (another reason to make this trip!). It cost just one euro each way when I visited in September 2018. The bus runs roughly on the half hour – this is Montenegro so don’t expect a strict timetable – and the journey takes between 20 and 30 minutes depending on traffic.

One thing to note, if you’re staying outside of the city walls the bus also stops outside of the Kamelia shopping centre. Its the first stop after the one outside the city so there’s no point in going back on yourself if you’re closer to the shops. 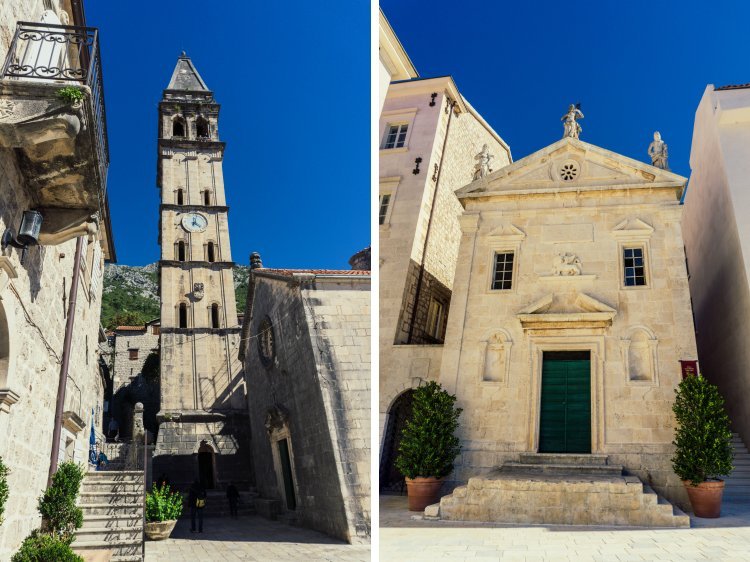 In terms of knowing where to get off the bus, I always download a google map of the area I’m visiting so I can access it offline before I get to a destination. This is useful because I use a lot of public transport – and on this particular trip I travelled everywhere in the Balkans by bus – so I always know where to get off. Alternatively, you can just tell the driver where you’re going when you get on and ask them to alert you when you reach Perast. 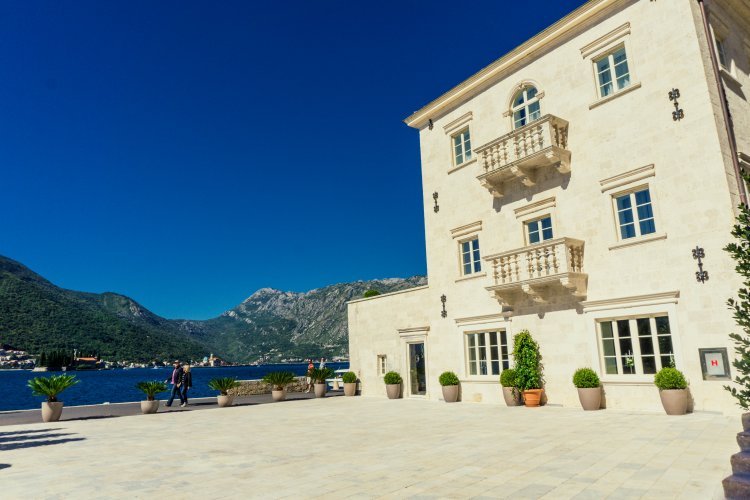 Things to do in Perast

Perast really is a tiny town, with not much to entertain you for longer than half a day. However, it’s really worth visiting because it’s absolutely beautiful.

It offers stunning views across the Bay of Kotor, unobstructed by the cruise ships and harbour of Kotor itself. The also have lots of gorgeous architecture, including a number of Baroque-style churches and palaces dating back to the 18th century. It is worth wandering around the back streets of the town to look at the buildings in closer detail and you may be able to go inside some of the churches. Unfortunately some may be closed during the low seasons as they don’t really get a lot of tourists so only open for their actual purposes. 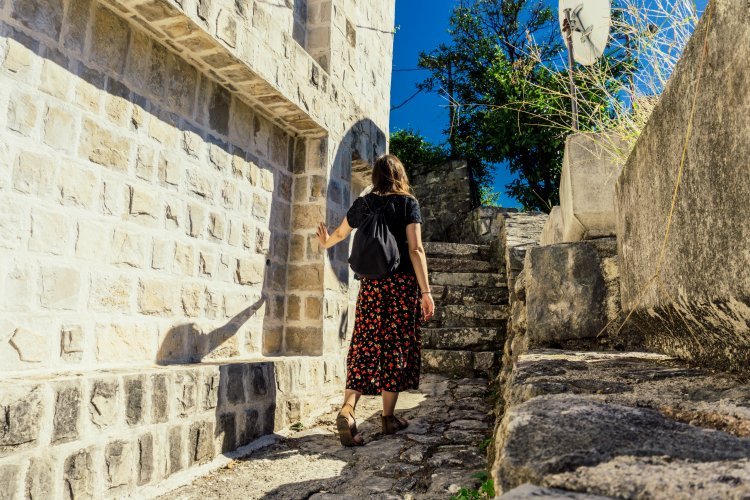 The most popular thing to do in Perast is to visit the island – Our Lady of the Rocks. You’ll actually see that there are two islands close to Perast. Looking out into the bay, the one on the left is the Island of St George – home to a 12th century Benedictine monastery and a graveyard for Perast’s nobility – and on the right is Our Lady of the Rocks. 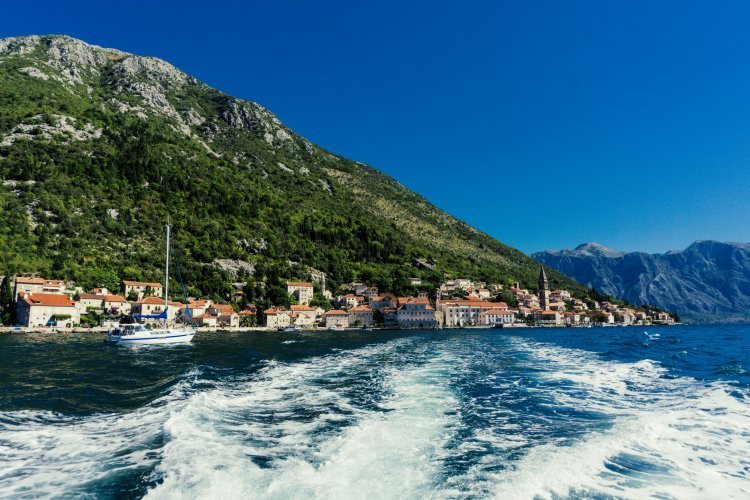 Our Lady of the Rocks

Our Lady of the Rocks is quite unique in that it’s a man-made island. It was created by sinking old ships loaded with rocks. As the legend goes, it was created by local seamen who discovered the icon of Madonna and Child on the rock in the sea. After this they laid a rock in that same spot every time they returned from a successful voyage, causing the island to gradually emerge. The story lives on, as every year on 22nd July at sunset, local residents take their boats out and throw rocks into the sea around the island 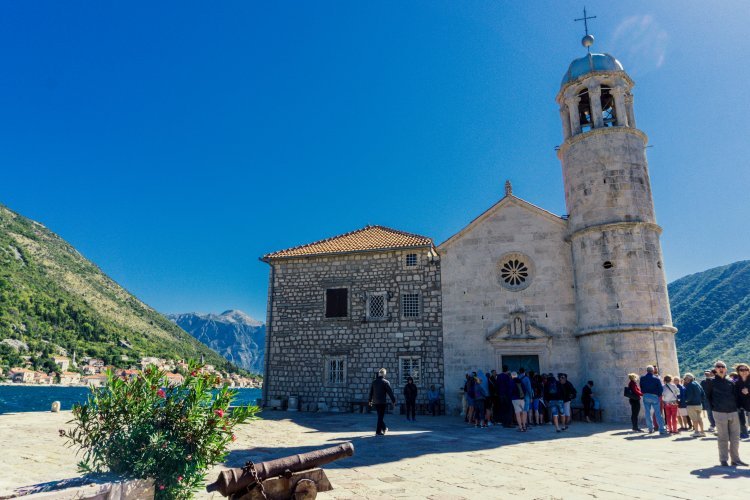 Reaching the island is easy. There are many boats that run from a little dock in front of the town – you will see signs along the street and find a ticket desk set up right next to it. A return ticket costs five euros and the boats run frequently, ferrying people back and forth all day long. I’m not sure whether it runs as frequently during the low season, but as far as I’m aware the only time it doesn’t run is when there is bad weather. 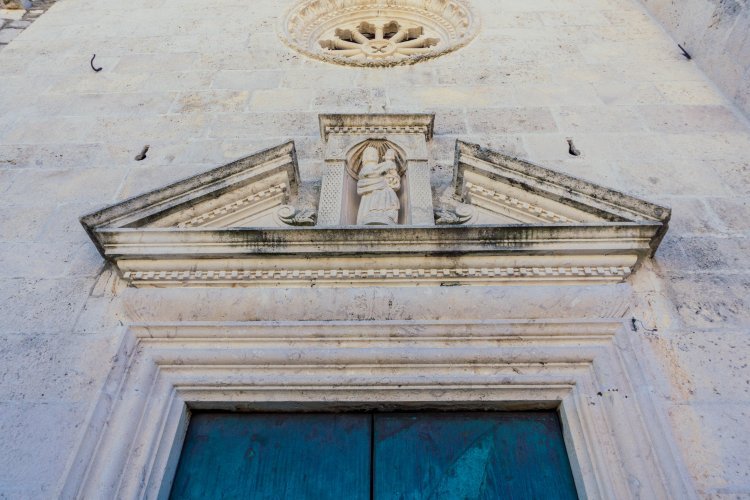 It only takes five to ten minutes to reach the island and you’ll only need 15 minutes to look around… but you might need longer to queue to get inside the church! Considering the lack of people in Perast when I visited, it seemed as if everyone was on this tiny island and queuing the get inside. I’ll be honest that I queued for about ten minutes and then gave up in favour of catching the next boat back. I had been in a lot of churches during my time in the Balkans so I didn’t feel too bad about it. In my opinion it was worth the trip to the island anyway to see the exterior up close, get some great views of the bay and just enjoy the boat ride! 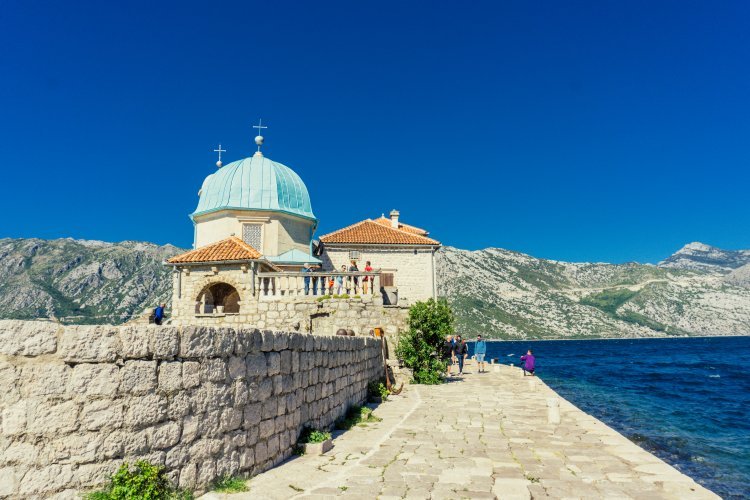 Overall, Perast is a nice little trip to take from Kotor to get some fantastic views and escape the tourists (in the town at least). It’s easy and inexpensive and you can easily do it in half a day!

If you’ve been to Perast or Our Lady of the Rocks let me know what you thought in the comments! 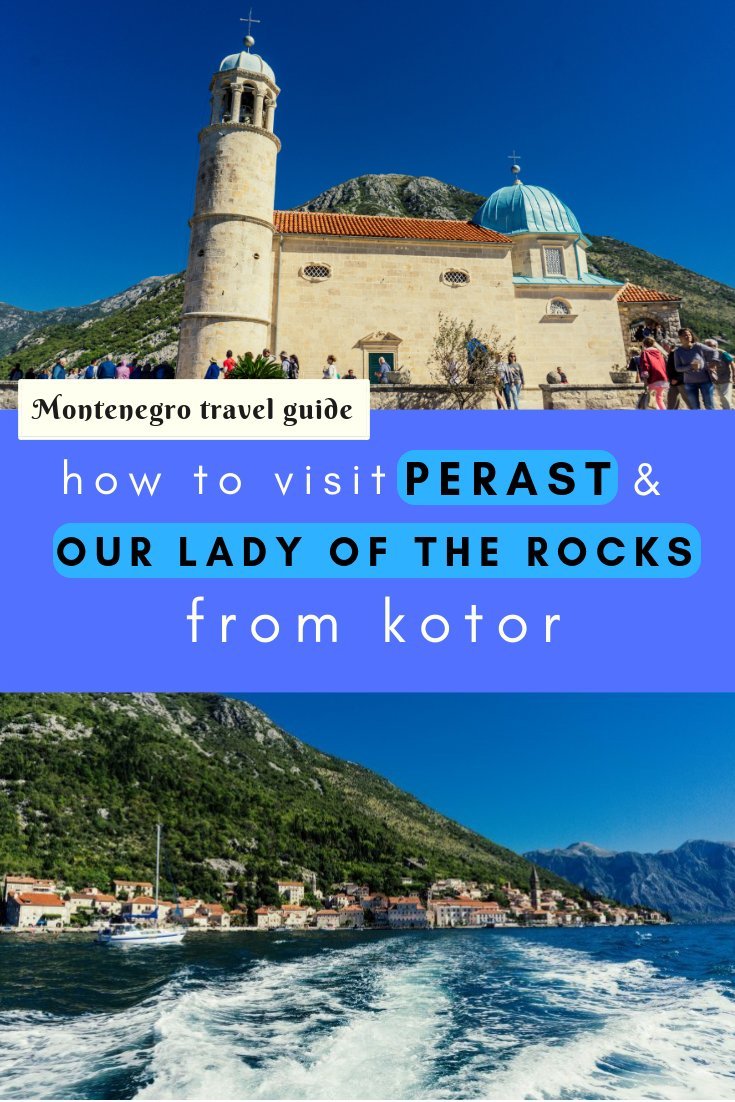