I’ve said it so many times now but I fell so hard for Bosnia & Herzegovina when travelling around the Balkans. Out of six countries I visited it was my runaway favourite and a big part of that was because of Sarajevo (if you want to know all of the reasons I loved Bosnia, I wrote a whole blog post about it here). The country’s recent turbulent history is still at the forefront of many people’s minds when they think of Sarajevo, but these days Bosnia’s capital is a buzzy hub of amazing food and culture. It really offers everything you could want in a European city break, but with fewer tourists and cheaper prices! What’s not to love? If you’re not 100% convinced already, take a look at all these cool things you can do in the city…

Learn about the history on a walking tour

in my opinion taking the free walking tour is one of the best first things to do in Sarajevo. I went on one offered by freetour.com, which is led by a local, so you get a real insight into the sights. What’s completely unique about these tours is that of course, the recent Bosnian war was so recent that most of the locals have first-hand memories of it, or close relatives stories to tell. Hearing these stories, which you will on the tours, are an invaluable experience. There’s no greater way to get a sense of how different the city must have been as recently as the 1990s. Signs of the war are all over the city, with bullet marks still visible on many of the buildings off the main roads. 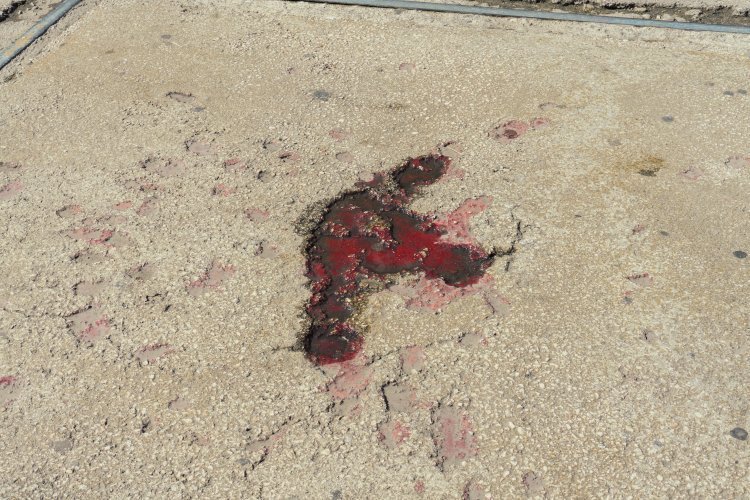 It’s not just the Bosnian war that features on the tour, Sarajevo also played a surprisingly important role in the events of World War I. Namely, it is the place where Archduke Franz Ferdinand was assassinated in 1914 – an event attributed as the  trigger for the start of the war. It took place on the corner of the Latin Bridge, where there’s now a plaque to mark the moment that changed history. 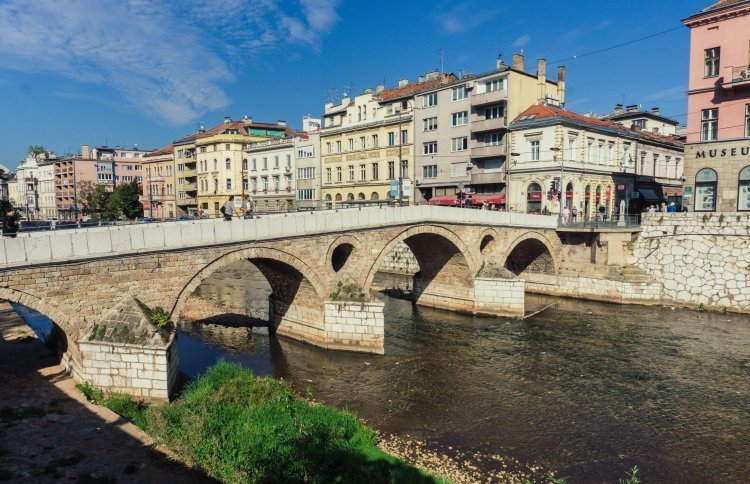 You’ll notice that Sarajevo is surrounded by hills, and just a short climb up one of them will get you to the yellow fortress. This was one of the fortifications that made up the defensive wall of the old town, Vratnik. It dates from 1729 and was given its name because of the colour of the brick used to build it. However, it stopped being used when the Austro-Hungarians occupied Sarajevo and these days its best known as the most popular viewing spot over the city. In a surprising turn of events, considering the lack of tourist fodder elsewhere in the city, there’s even a cafe up there so you can enjoy the view with a drink in hand. 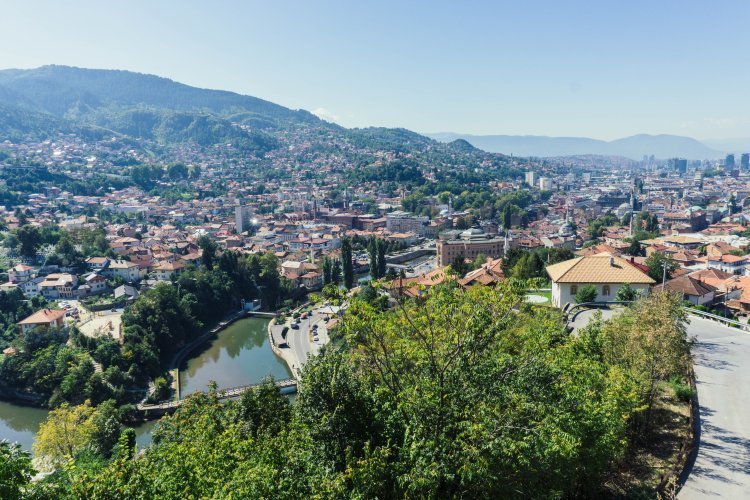 Explore, shop and eat your way around the Old Bazaar

Baščaršija is the heart and soul of Sarajevo. It’s the historical center, sometimes known as the Turkish Quarter, has completely retained the influence of the Ottomans from their 400-year rule. A meander through the back streets and you’ll find shops brimming with Turkish rugs and cafes selling Bosnian coffee – which is similar to Turkish coffee and even served with Lokum (Turkish delight).

If you’re looking to try out some traditional Bosnian food this is also the area of the city to find some great traditional restaurants. Ćevabdžinica Petica Ferhatović was recommended by my walking tour guide and it’s famous for its homemade cevapi, which its been serving since it opened in 1984. For those of you who haven’t read my other blog post where I harped on about amazing Bosnian food, cevapi is meat, usually a minced beef, formed into a sausage shape, and served with flatbread and chopped onions. Traditionally it’s eaten with a yoghurty drink but it doesn’t come with it as standard and our guide told us many of the tourists choose not to order that with it (I have to confess I didn’t).

Staying in Sarajevo there’s a chance you’ll hear the call to prayer around the city at particular times of the day from Gazi-Husrev-beg Mosque. This beautiful building was built in the 1500s and is the largest historical mosque in the country. It’s also one of the best example of Ottoman architecture from the period. Unfortunately as an important cultural monument and significant building it suffered substantial damage during the Bosnian war, but was reconstructed and given a new interior in 2002. 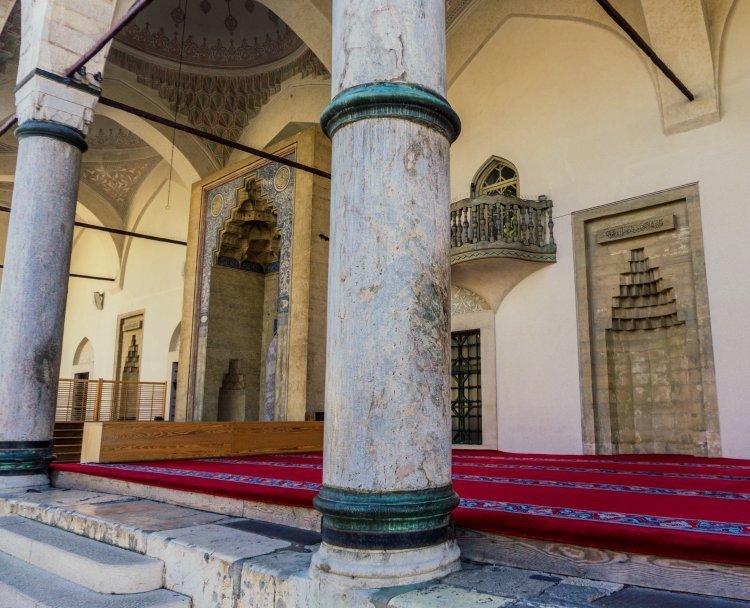 Avaz Twist Tower is just outside of the city centre, but well worth the effort to visit. It’s only about 20 minutes walk and located right near the central bus station. The building is in use as the offices of a Bosnian newspaper, and I believe there are some other businesses in there too (I may have got a little bit lost and found myself in the offices of a plastic surgery clinic whilst in there!) What I was trying to find was the observation deck on the 36th floor! 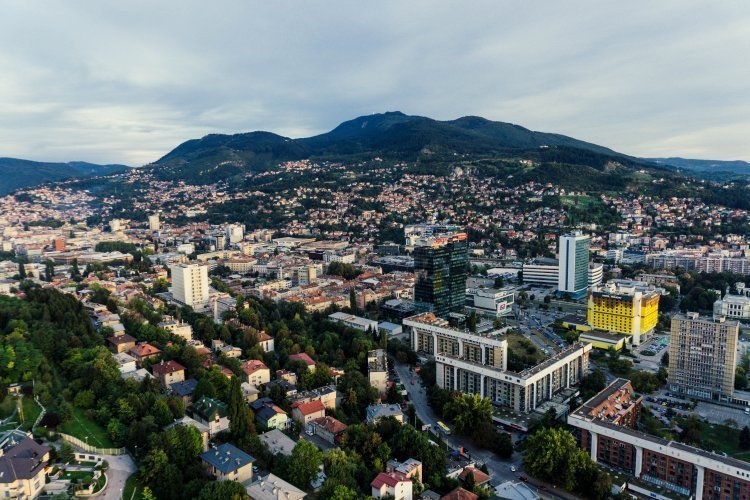 Unlike any other observation deck I’ve been to at any time, this was completely deserted when I visited… and it was in time for sunset! The entrance fee is also only 1 Bosnian Mark (that’s 44p). Note that entrance is via a turnstile and there wasn’t a soul on the floor when I went so you need to have the right coin handy to get through. 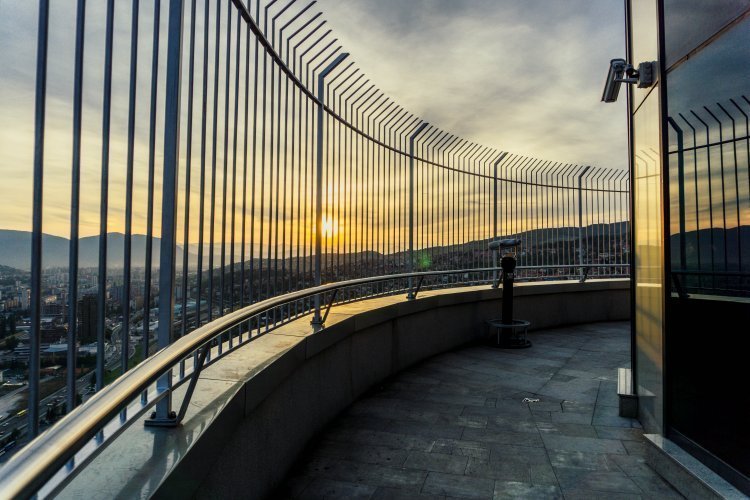 I’m absolutely thrilled to hear that FlyBosnia have just started offering direct flights to Sarajevo from Luton airport three times a week (previously you had to fly via Istanbul). Hopefully this will open up this amazing city to more visitors! It means I’ll certainly be back next year – and probably many times after that! 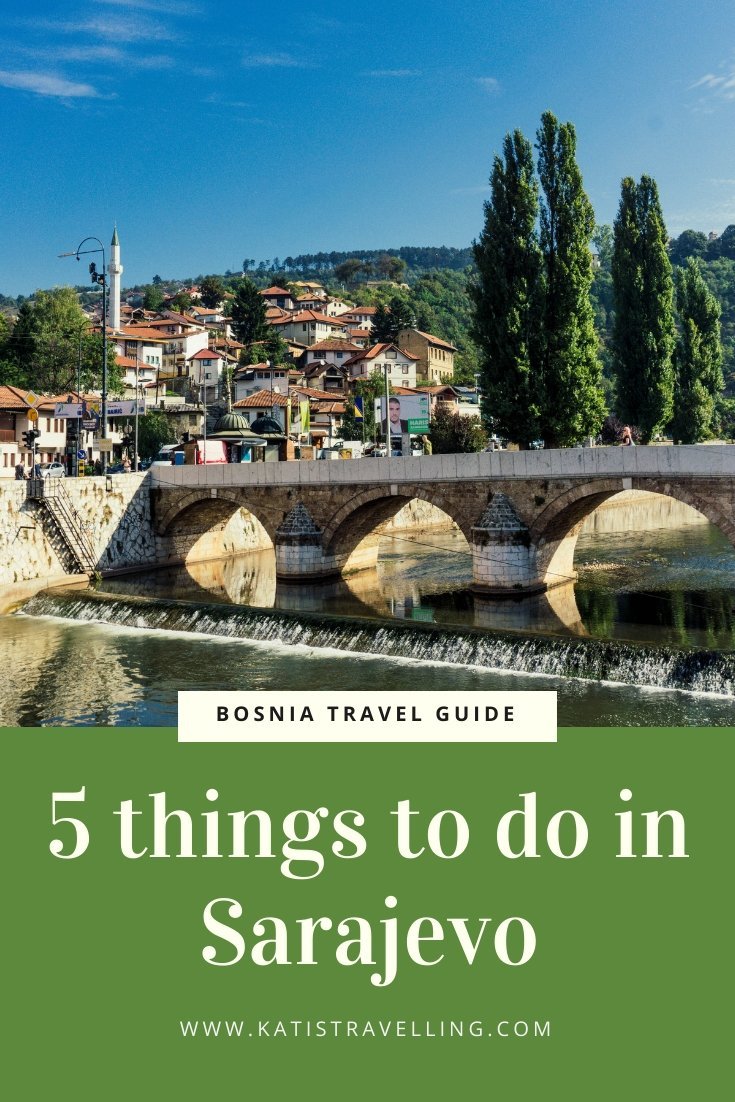